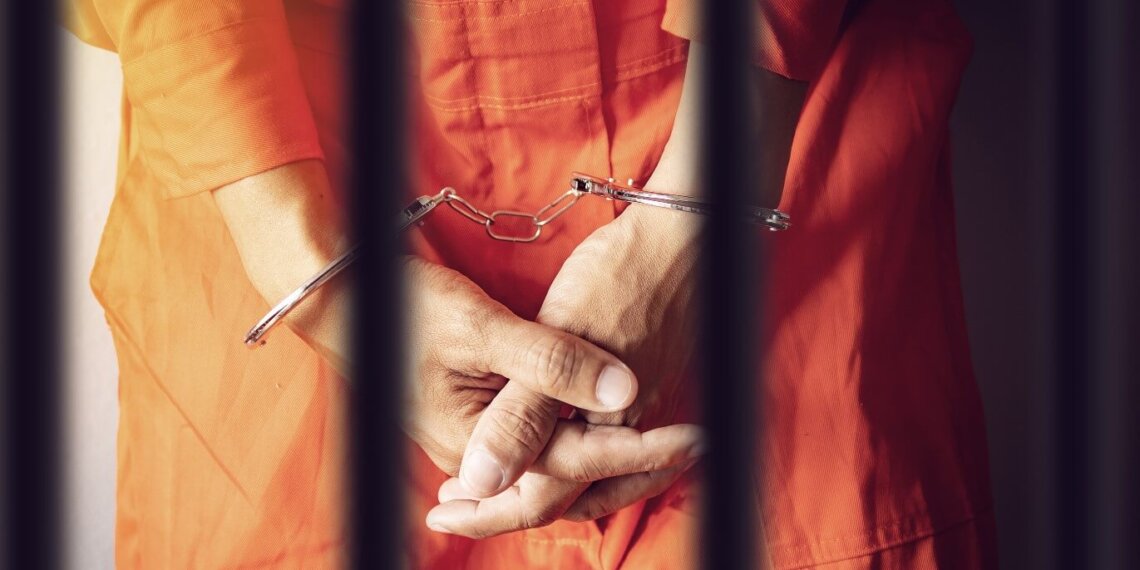 At any given time, a county or state jail is taking precautions to defend against a tuberculosis outbreak or the spread of hepatitis B or C.  The fact is, infectious microorganisms are a part of our world — invisible and impossible to avoid.  In 2002, these institutions were forced to address the eruption of SARS, as well as the H1N1 virus seven years later.

During these outbreaks, jails went on lockdown not allowing visitors and quarantining inmates and staff infected with the virus. There was no push for the mass release of those who were incarcerated.

In the last few months, the world has been forced to face another medical threat — the COVID-19 pandemic. This virus appears to be easily spread. Some of the first articles written about it referred to it as a “pneumonia virus.” While the majority of those who become infected develop only mild symptoms, some progress to viral pneumonia requiring supportive care that can include the need for a respirator or ventilator.

Initially, doomsday numbers were projected. Counties and states reacted by invoking extreme measures to protect the public, ordering them to “stay at home” or “shelter in place.” Almost immediately after the first of these measures was implemented, revised estimates began to decline significantly.

With COVID-19, jails in counties across the country have grappled with how to address this pandemic. At the start of the emergency, they adopted the same lockdown and isolation policies that were used during the SARS and H1N1 crises. But quickly, these measures were deemed insufficient by many social justice warriors and authorities were pressed to find alternatives to deal with the jail population.  Counties started slowing down arrests. Next came an outright refusal to make arrests for certain crimes, including theft, in order to decrease the number of inmates being held. Then came even more extreme measures undertaken by counties, which is when the situation began to deteriorate rapidly.

In late March, a district court judge in Harris County, Texas granted a man charged with murder a PR bond at a bail reduction hearing because the defendant expressed fear of contracting COVID-19 in the county jail.

During that same period, the county judge of the Harris County Commissioners Court, Lina Hidalgo, announced that she was preparing an order to release a large number of defendants from the county jail.

At the same time, plaintiffs in the case of Russell v. Harris County, which concerned bail policies for felony offenders, sought federal court intervention, even though no defendant had filed an answer or a motion to dismiss in over a year.

In an attempt to encourage some uniformity, Texas Governor Greg Abbott issued Executive Order GA-13 regarding bail on March 29. The order suspended portions of Chapter 17 of the Texas Code of Criminal Procedure. The order stated that for the duration of the COVID-19 crisis, any individual charged with a crime of violence or attempted violence was not entitled to a PR bond. It also denied a PR bond to anyone previously convicted of these crimes.

Gov. Abbott, it appears, was trying to strike a balance between allowing counties to address their desire to reduce the jail population against the need for public safety. The risk of increased crime loomed high with officers not making arrests for certain crimes during this time.

But advocates for the plaintiffs in the Russell case were not willing to compromise. Therefore, they asked the judge to set aside the executive order as unconstitutional, which required Gov. Abbott and Attorney General Ken Paxton to intervene. The trial court denied the request for preliminary injunction on April 14.

County Judge Hidalgo issued her order of release only to have it declared void by 337th District Court Judge Herb Ritchie.

Next, a group of judges from Harris County and other groups including the Texas Criminal Defense Lawyers Association and the NAACP filed suit against Gov. Abbott, alleging that GA-13 violated the separation of powers doctrine. The trial court quickly issued a temporary restraining order only to have it stayed by the Texas Supreme Court, which took the case on an expedited basis. Briefing has been completed and an opinion is expected at any time.

The groups which are pushing to release inmates tell us these actions are necessary to keep COVID-19 out of jails. But these measures do not appear to have worked. As a singular goal, the results have been a uniform failure.

It is also worth noting that this myopic focus on just one issue without properly addressing the possible negative consequences will likely have a lasting detrimental impact on the criminal justice system. While efforts to keep jails virus-free have pushed on, public safety has been all but ignored. During this time, it seems that no provisions have been made to protect our communities from violations of the law that are no longer considered sufficiently “severe.”

Society’s criminal element has taken notice. Since COVID-19 sparked the practice of self-quarantine, Houston has experienced an additional 20 percent increase in burglaries and New York State nearly a 22 percent upsurge, while Minneapolis has seen the figure nearly double, according to data from their respective police departments. Similarly, there has been an increase of 75 percent of reports of crimes against businesses in New York City.

Social isolation is also the likely cause for the sharp uptick in domestic violence cases since the coronavirus crisis began. With domestic partners and other family members forced into close proximity 24/7 with one another, conditions for a perfect storm have been created, especially for those laid off and experiencing financial hardships. The New York Times recently reported a growing international crisis of increased domestic violence cases paralleling the spread of COVID-19 itself. In some areas, the vast number of empty hotel rooms have been commandeered and turned into temporary shelters for victims of domestic violence.

While orders instructing the public to stay home have been extended, no provisions have been made under the current conditions to address public safety or the needs of victims. In many situations, law enforcement is called to the scene of a crime and put in a situation where they cannot make an arrest.

In other instances, a defendant is arrested only to be released on a PR bond. This creates an exceedingly dangerous situation in domestic violence cases. A release on a PR bond with a protective order has little effect if the defendant has nowhere else to go — except home, where the victim may also live.

The decisions being made today regarding what to do with our jail population are further complicated because there has been little consideration given as to what happens when the COVID-19 crisis is finally under control. Many counties have implemented release strategies with statistically high percentages of failures to appear.

As a part of wide-scale bail reform, New York State implemented a broad release strategy this past January, which was met with heavy criticism from all quarters. Law enforcement officers complained that low-level criminals were taking advantage of the system. They would spend each day arresting and re-arresting the same individuals, only to have them released immediately. Once they were back on the streets, they would re-offend and be arrested once again in a never-ending cycle.

This tactical approach was such a dismal failure that even while the coronavirus raged in the nation’s pandemic epicenter, a majority of the members of the New York legislature voted to roll back many of its reforms.

Even before the coronavirus crisis hit, a number of jurisdictions were employing similar release strategies to New York State’s — as long as two years in some cases.  Based on what we’ve seen so far, we can anticipate their probable impact on the criminal justice system.

First, we can expect large numbers of people who fail to appear for court as required when the pandemic is over. In Harris County the failure to appear rate for PR bonds was approximately 50 percent before the pandemic. It is certain to be greater once the pandemic is over. Each failure to appear weakens and does damage to our criminal justice system. When defendants don’t show up to court, cases have to be put on hold. Victims cannot get resolution and case backlogs grow.

Certainly, there will be some defendants who return eventually. However, others will only find their way back into court after they are arrested again and accused of a new crime.

The means by which counties have attempted to address the COVID-19 virus in detention facilities are uniformly examples of what not to do in a crisis. Their approach, based on the singular focus to prevent the virus from getting into jails, has failed and will do more harm than good. In the meantime, crime has increased, businesses are under attack and victims of domestic violence have been told to isolate themselves with their very attackers, often with horrific consequences. These are mistakes we cannot afford to make in the future.

An important lesson we have learned from the COVID-19 pandemic is that criminals do not take a sick day even during a national emergency. We must adopt well-thought-out policies which do not give them a green light to commit new crimes.