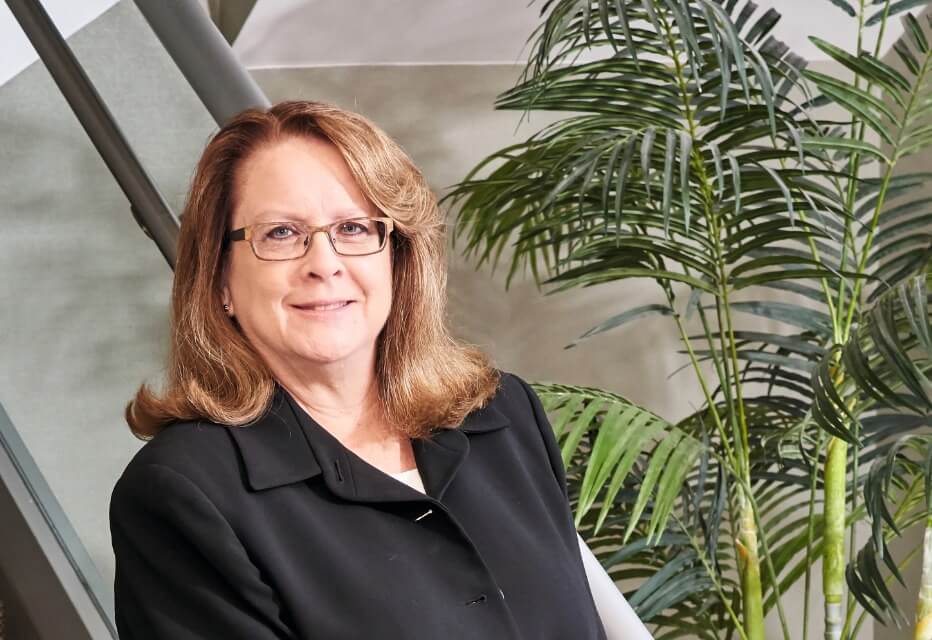 Attorney at Law Magazine First Coast publisher Tom Brady sat down the Gretchen Van Liere of Spohrer and Dodd to discuss her career as a litigator.

Gretchen Van Liere: I never seriously considered becoming an attorney until I found myself a single parent who needed a career path that would enable me to afford to send my daughter to college. I had worked as a paralegal for 15 years and realized the only career advancement option was law school.

AALM: What drew you into litigation? Have you ever considered a different type of the law?

Van Liere: As a legal assistant, I worked for a general practitioner, a real estate attorney, and a probate attorney – none of which involved litigation – and none of which I found interesting. Next, I worked for a firm that litigated criminal, workers’ compensation and family law matters. That firm tried two malpractice cases and I found the medicine fascinating. I moved to a firm specializing in medical malpractice and worked there as a paralegal for 10 years. Litigation wasn’t the draw – it was the medicine.

AALM: What do you enjoy about being a litigator?

Van Liere: When a parent, child or spouse dies unexpectedly, or a person finds out they have advanced cancer despite their best efforts to seek medical care and follow the advice they are given, families have so many questions. Unable to get answers from health care providers, or to understand the answers they are given, victims of medical negligence or their family members often seek legal advice. I’m given an opportunity to review medical records and consult with experts to answer those questions. Clients are grateful to get answers, whether you are telling them they have a case or not.

AALM: What are some of the frustrations of litigation?

Van Liere: The biggest frustration is that when someone is seriously injured or dies as a result of medical negligence, it usually takes litigation to find out why. Florida law protects hospitals from disclosing the results of their internal investigations – so even when a hospital knows what happened, patients or their families are forced to file lawsuits to get the information the other side already has. And, when the answer is that negligence occurred, it often takes years of litigation to resolve a claim that could and should be resolved quickly.

AALM: Who is your current mentor? What is the best lesson they’ve taught you so far?

Van Liere: For the last 16 years, I’ve had two. Bob Spohrer has shown by his example that you can be a successful litigator without being a bully. Being professional and prepared is what counts. By excelling in both, you earn the respect of your opponents and the court, which is the best way to serve your clients. Our colleague Dr. Saul Weinstein has been my mentor when it comes to the medicine. He has spent so many hours over the years patiently answering my questions and helping me understand that medicine is like any other field of study that can be mastered given enough time and dedication.

AALM: As women have continued to make in roads in the legal profession, there are certain practice areas that are still primarily dominated by men. In your experience as a litigator and woman, do you find that to be accurate?

Van Liere: This is a tough question, because it isn’t one that I’ve thought about. In hindsight, I suppose I’ve always been one of only a few women in a courtroom or a conference room. However, I’ve never felt or been made to feel like I didn’t belong.

AALM: How did you envision your career unfolding while an undergraduate or law student? How has your career path differed from those ambitions?

Van Liere: As an undergraduate, my plan was to be a court reporter. After college, I went to court reporting school. After two years, I discovered that a reporter’s income could be quite variable from one month to the next, so I went to work as a legal assistant for a steadier paycheck. A few very successful court reporters in town are former classmates.

AALM: What drew you to your current firm? How would you describe the culture there?

Van Liere: When I first interviewed with this firm, I asked one of the partners what was the best thing about the firm and what was the worst thing about the firm. I was told: “They leave you alone.” Bob has never micro-managed the lawyers in his firm or believed everyone needed to practice law in the same way to be successful. We don’t compete with each other, we collaborate. We are all equally driven to help our clients – and we support each other in that common goal.

AALM: Is there one case that forced you to face a hard truth?

Van Liere: With every case, I’m forced to face the hard truth that victims of medical negligence are far less likely to be adequately compensated for their injuries as victims of other forms of negligence. The civil justice system is stacked against them in many ways that make it much harder for lawyers to help them.

Van Liere: I’ve come to realize that medical malpractice cases are like jigsaw puzzles. Each entry in a medical record is a piece of the puzzle. You have to pick up every piece, study it, and see where it fits. Fortunately, I’ve always liked jigsaw puzzles. Most of the time, no matter how many pieces are in the box, if you work hard enough you can eventually put the puzzle together. It is when pieces are hidden or lost that helping your client becomes really challenging.

AALM: Personally, what are you most proud to have accomplished thus far? And, professionally?

Van Liere: I am proud that as a single mother in my late 30s, I had the courage to apply to law school and that once accepted, I had the courage to walk away from a good paying job, deplete my entire savings, incur significant debt, move to another city and attend law school. I’m proud that by taking that risk and working hard, I’ve raised a talented artistic daughter who is now a successful medical illustrator and I’ve helped many clients obtain compensation for injuries and losses suffered as a result of negligent health care.