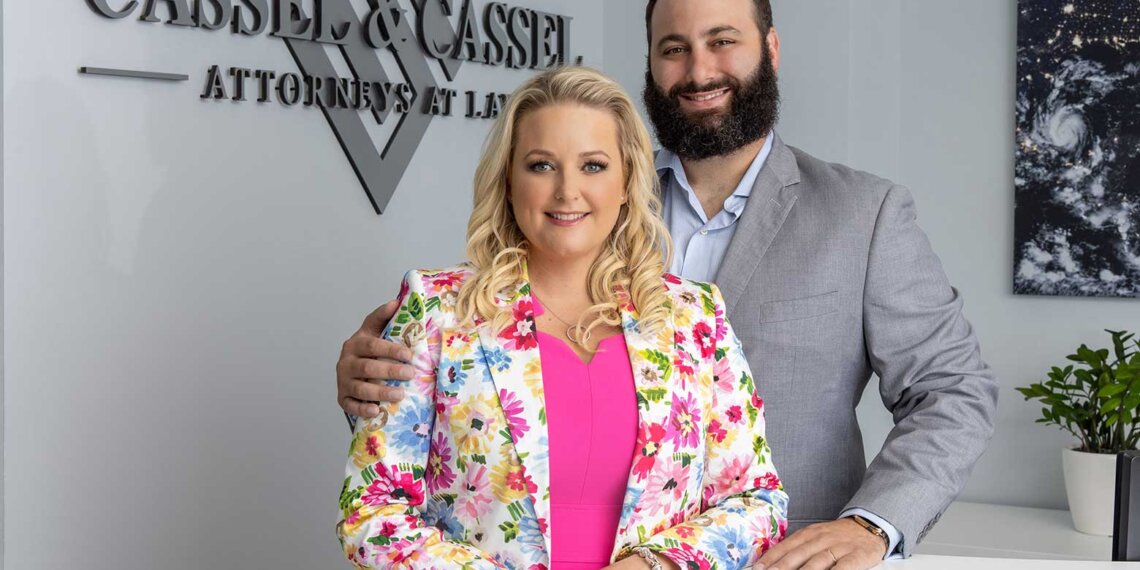 As a part of its Top Lawyers issue Attorney at Law Magazine South Florida sat down with Hillary Cassel of Cassel & Cassel to discuss her career and plans for the future as a 2019 Superstar.

Cassel: I don’t believe you can achieve a high level of success in the practice of law, or in life, without perseverance. Obstacles and difficulties are inherent in the practice of law and, if you aren’t willing to dig deep, keep working toward your goal, and cross the finish line, you will fall prey to the stressors that accompany this profession. I am a woman of action. I have never been one to sit on the sidelines and let others do the heavy lifting for me. If I see a problem, I figure out the solution and take charge to get it done.

Cassel: Many of our clients come to us after having experienced a catastrophic loss to their home that disrupts their daily lives in a way you can’t begin to comprehend unless you have experienced it yourself.

Our homes are our havens from a stressful world; where we create lasting memories with our families and relax after a long day’s work. A home is also likely one’s biggest financial investment. When something happens to my clients’ homes through no fault of their own, such as a hurricane or fire, it becomes a very stressful time for these families. After a devastating loss, our clients turn to their insurance companies and expect they will be taken care of in a timely fashion so they can begin to repair or rebuild. Unfortunately, in a lot of situations that is often not the case. Our clients then spend months, sometimes years, fighting with their insurance companies to get the funds needed to put their homes back to the way it was before the devastating loss happened.

There is no better feeling than telling a client that we have reached a resolution to their case, and they will finally be able to start putting the pieces of their life and home back together.

AALM: What compelled you to start your own firm?

Cassel: My husband and I started our firm in December 2017 in the guest bedroom of our home.

My father is self-employed, and I experienced first-hand the highs and lows that come with the territory of owning your own business. Having experienced that unpredictability, I never envisioned owning my own law firm and, in fact, resisted the idea at every turn. I always saw myself as working my way up to partner, which I had done, and retiring as a part of someone else’s firm that I helped build.

My husband, having come from a family of Florida legal legends, believes that hanging your own shingle is the ultimate measure of success. In December 2017, I found myself in a position where opening our own law firm was the only real option available to us. Sometimes the universe gives you a kick you didn’t know you needed or didn’t think you were ready for, but I was ready.

Owning my own business has empowered me and given me a level of confidence and belief in myself I have never experienced. It allows me the opportunity to do things my way and on my terms without compromise. Thankfully, we have moved out of our guest bedroom and have grown from two to 10 employees and successfully recovered more than $14 million for our clients in just 18 months.

AALM: Thus far in your career, what are you most proud of accomplishing.

Cassel: Four years into my legal career I was diagnosed with Bipolar II. For many years I suffered in silence out of fear that the Florida Bar would find out and deem me unfit to practice law. Owning my own law firm allowed me the freedom, and empowered me, to speak openly about my struggles. I wanted to be a part of the solution, and no longer sit on the sidelines as a silent bystander.

Being a woman of action, I started a mental health awareness campaign and hosted a yoga-themed fundraiser called “Namaste the Stigma Away.” Practicing yoga is an integral part of managing my mental health and I wanted to provide people that maybe never considered trying yoga before an opportunity to experience the mental and physical benefits that yoga provides. Last year, we were able to raise $5,000 for the Florida Lawyers Assistance Program, the only nonprofit organization dedicated to providing mental health and substance abuse resources to the legal community.

Hosting the event necessitated the need to publicly announce to the world that I live with Bipolar II, something I had never previously imagined doing. The Florida Bar Young Lawyers Division became aware of my fundraiser and asked me to spearhead their #stigmafreeyld initiative by telling my story in a video campaign. The overwhelmingly positive response to the campaign far exceeded our wildest expectations and reached people on a national scale.

My hope was to connect with at least one person struggling, to show them a realistic and positive example of the ability to tackle one’s mental illness all while being a productive, respected, successful, and contributing member of the community. I received an outpouring of support and was contacted by people seeking help and guidance in dealing with their own struggles. My greatest accomplishment will be to leave this profession better than I found it and, by participating in this campaign, I hope to have helped change the future and lending my personal experience to start this necessary conversation about mental illness and substance abuse problems that permeate the legal community.

AALM: What do you most hope to accomplish in the future? Where do you see yourself in five or 10 years?

Cassel: I hope to continue my work with the Florida Bar Mental Health and Wellness Committee and the Florida Lawyers Assistance Program to continue the fight to eradicate the stigma of mental illness in the legal community and beyond. I see law schools preparing their students for the actual practice of law and not just preparing them to take a test. I do not feel law school prepared me for the actual practice of law.

AALM: What events or career moves are you most looking forward to in the coming year?

Cassel: I am an advocate for the underdog both inside and outside the courtroom. Most lawyers think the only place to change the law is in the court system, I want to write the law.

I currently serve on the board of directors for the Federal Association of Insurance Reform and i am the chair of the property committee. This role has provided me with an opportunity to contribute to the conversations regarding insurance reforms that will best balance the interests of all insurance stakeholders in developing long-term public policy to support that mission. Being affiliated with an association that is focused on ensuring that there is a fair and balanced insurance climate in the State of Florida is necessary.

AALM: How has the legal community evolved most drastically over your career? Do you believe this to be a positive or a negative?

Cassel: Over the course of my legal career, the reliance on technology as the main source for communicating has negatively impacted the legal profession. It is very rare that people pick up the phone and have actual conversations with one another. Most discussions center around the back and forth pounding of chests from behind a keyboard If more people picked up the phone rather than hid behind their computers, I think a lot more would be accomplished.

Photo Caption: Hillary Cassel with her partner and husband, Michael A. Cassel.