How the Media Fuels the Frivolous Lawsuit Myth 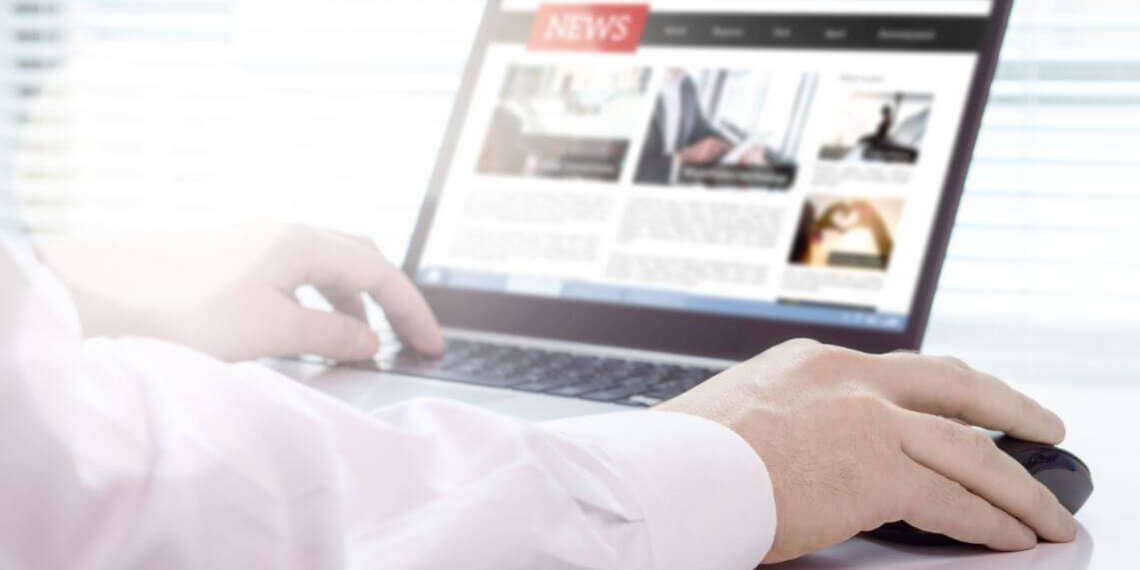 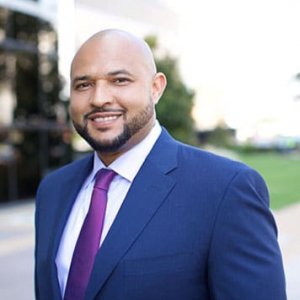 From the “hot coffee” lawsuit to the woman who sued her nephew over an aggressive hug, the headlines are designed to make us groan—but what’s really driving this type of news coverage?

If you follow the news or even social media, you’ve probably seen your fair share of ridiculous lawsuit headlines. The stories rarely even originate from your state, but because they drive engagement (i.e., clicks, comments, shares), they often get picked up by countless local news outlets across the country and end up spreading like wildfire.

Let’s take the recent story of the woman who sued Olive Garden after she was burned by her appetizer. That lawsuit not only made local, but national news—with most anchors and commenters mocking the woman for not waiting for her food to cool down. Noticeably missing from much of this coverage is the fact that the woman in question had to be airlifted to a burn unit for her injuries.

Did you hear the one about the guy who sued his date for texting during a movie? Let’s be real; this lawsuit was never going anywhere, and only made the news because of its absurdity.

Without question, there have been some truly ridiculous claims filed in civil court over the years. On the other hand, meritless cases (or ones brought by those with no legal standing) are going to be dismissed way before they ever reach trial.

Sometimes There May Be More to the Story

In many cases, these so-called frivolous lawsuits actually do have merit. It might look ridiculous to you after reading a two-paragraph article, but remember that these stories are often intentionally framed in a particular light in order to grab attention and invoke a reaction.

Take the woman who sued her nephew over a hug that caused a broken wrist. At first glance, she seemed like the worst aunt in the world. Once you dig a bit deeper though, you’ll see that this couldn’t be further from the truth. Her medical insurance didn’t cover the cost of her care, so she filed a claim with the homeowner’s insurance policy. When they came back with an insulting $1 settlement offer, her only choice was to file a lawsuit—which legally had to name her nephew. Of course, any compensation awarded in this case would be covered by the insurance company, but most people assumed she was simply after the kid’s piggy bank.

Class action lawsuits are another hot-button topic with many people, but that’s partially because people tend to focus on the pay structure instead of the actual results. The majority of class action lawsuits are filed to address situations where a large number of people have very similar disputes, but where bringing each claim individually would never be worth the cost (or even one’s time).

Lawsuits don’t always result in big payouts—especially when proceeds are distributed amongst a large group of plaintiffs. Even though members of a class action may receive little to no actual money as a result of a class action lawsuit, these types of cases are essential to protecting consumers and holding large companies accountable for their actions.

If you read a headline about some seemingly ridiculous jury award (e.g., “Man Awarded $1.25 Million For Stealing His Own Car”), understand that there is definitely more to the story. If a jury of 6-12 people agree to award a sum of money in a case after hearing arguments from both sides and seeing all the evidence, it’s not an oversight or mistake. You may have a strong opinion after reading a single article, but you weren’t on that jury and you don’t know the underlying facts involved in their decision.

Perhaps the most infamous so-called “frivolous” lawsuit is the McDonald’s hot coffee case. Taking an in-depth look at the media coverage surrounding this viral story can help us understand more about how and why the media tends to hype up these (generally trivial and largely inconsequential) cases.

What Really Happened in the “Hot Coffee” Case?

Most Americans have heard of the McDonald’s “hot coffee” lawsuit from the early 1990s. There are differing versions of the story floating around, but the prevailing headline is that a woman sued McDonald’s after ordering coffee and spilling it on herself.

The case is often referenced as an example of the “greedy, litigious society we live in” or to mock those who should just “use a little common sense.” But what if just about everything you know about the McDonald’s hot coffee lawsuit was completely wrong?

The truth about the Liebeck v. McDonald’s case shows that the case was far from a frivolous lawsuit. It began when a 79-year-old woman named Stella Liebeck went through the drive-through at McDonald’s with her grandson. She ordered coffee and waited until her grandson (who was driving) pulled over into a parking spot to place the coffee cup between her legs, open the lid, and add cream and sugar. The flimsy cup being used at the time spilled and caused third-degree burns over 16 percent of Mrs. Liebeck’s body, including her inner thighs, buttocks, genitals and groin.

Liebeck’s burns were so severe that she required skin grafts and whirlpool treatment for wound debridement. She was hospitalized for eight days and experienced severe pain and suffering for years. Her medical expenses reached tens of thousands of dollars almost immediately, and her injuries resulted in permanent disfigurement. Liebeck’s doctor testified that her injury was one of the worst scald burns that he had ever treated.

Why were her burns so severe? Well it turns out that McDonald’s didn’t just serve “hot” coffee; they served scalding hot coffee. Back in 1992, McDonalds’ policy was to serve its coffee at between 180- and 190-degrees Fahrenheit; about 30- to 40-degrees higher than the average temperature of coffee at other restaurants. McDonalds’ own quality assurance manager testified that coffee at that temperature was “not fit for human consumption.”

Although McDonald’s knew about the risk—and had received more than 700 complaints about injuries from their scalding coffee prior to Liebeck’s injury—the company did not lower the temperature of their coffee nor work to improve the design/structure of their cups.

The case went to trial, where the jury awarded Mrs. Liebeck $200,000 in compensatory damages and $2.7 million (equal to about two days of McDonalds’ coffee revenues) in punitive damages—apparently due to McDonalds’ penchant for putting profits ahead of consumer safety. Before suing, Liebeck had offered to settle for $20,000. McDonald’s never offered more than $800.

What most people don’t know is that the parties actually reached a confidential settlement after a judge later reduced the jury’s award by more than 80 percent. After Liebeck’s death, her daughter reported that although the settlement had paid for a live-in nurse in the years following the case, “the burns and court proceedings (had taken) their toll” and Liebeck had “no quality of life.”

Why Does the Media Hype Up These Types of Lawsuits?

If one random person files a wacky lawsuit, why is that newsworthy? In the same vein, why do some personal injury lawsuits (that do not affect society at large) seem to make national news headlines?

The answer is simple: these types of stories draw viewers—as well as clicks, comments, and shares on social media. These cases are generally not newsworthy, but editors know that a headline like “Man Sues Dry Cleaners for $67 Million after Losing Pants” will be more valuable to them because it stirs up debate and drives engagement.

There’s another factor at play here too, and it’s a little thing called “tort reform.” Tort reform refers to laws which are passed to limit the ability of victims to bring lawsuits in certain situations, or which arbitrarily limit the amount of damages (compensation) that victims can receive in a judgment.

Insurance companies and large corporations frequently fund initiatives that push a specific narrative to the masses. If the public begins to look at all civil suits with immediate skepticism (or automatically associate litigation with greed) it’s easy to convince people that tort reform is a good idea.

I can hear you now. “Why on earth would regular people ever vote for tort reform if it only helps big insurance companies?” Well, the truth is, it happens all the time.

For example, most states have a hard cap on damages in any case involving medical negligence. Insurance companies sold this to lawmakers by claiming it would lead to lower healthcare costs and an influx of physicians from out-of-state. Unfortunately, years later, studies show that placing a cap on damages has had little to no positive effect at all.

The Reality: Our Civil Justice System Is Efficient and Effective

Rather than focusing on the (extremely) small number of bad apples who file questionable claims, let’s remember that the civil justice system is one of the most-important resources available to every person in this country. While the system may not be perfect, it’s essential to protecting our rights and holding bad actors accountable for their actions.

Not only does our legal system give the little guy a platform in which to seek justice and right wrongs on a level playing field, but some cases can even spur sweeping safety changes that benefit us all. Governmental bodies are often slow to act, and industries are reluctant to change. The fact is, many of the protections that consumers and employees enjoy today are the direct result of prior civil litigation.

Sadat Montgomery is a plaintiff’s personal injury lawyer, as well as the owner and principal attorney at Montgomery Law, PLLC in Dallas, Texas.