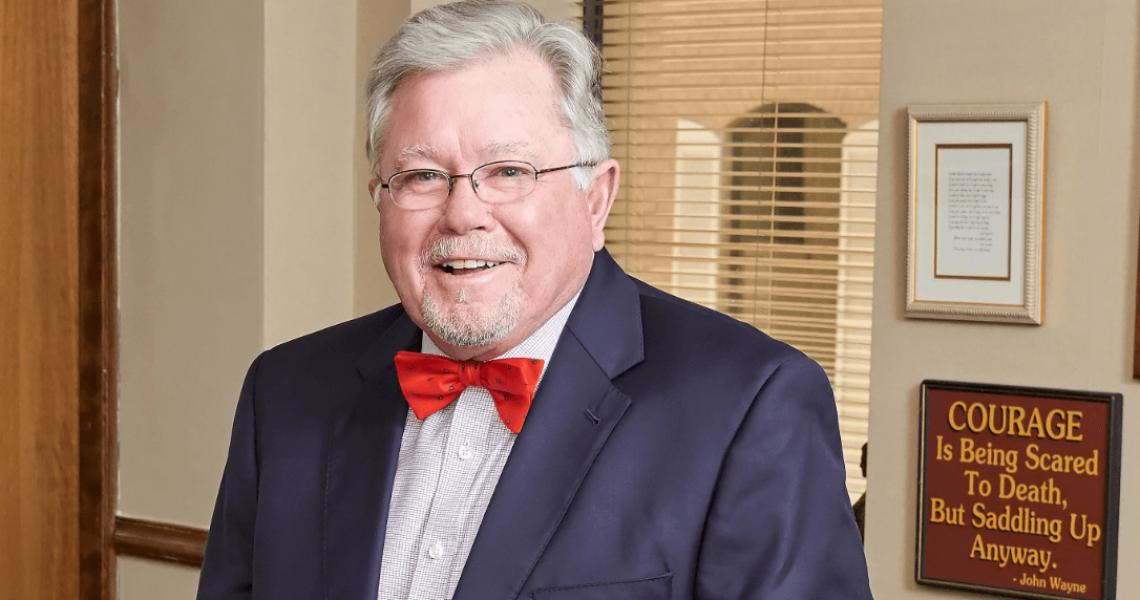 Howard Coker: ‘A Man For All Seasons’

His priorities are clear and succinct: “Family, friends and trying lawsuits.” Such decisiveness and commitment seems inherent to Howard Coker. Precocious or prescient, a 9-year-old Coker announced to his parents that he was going to be a trial lawyer. Laughingly, he acknowledges he’s not even sure where the idea came from, but it was genuine and ultimately, a self-fulfilling prophecy.

“I don’t know what made me decide that in the fourth grade,” he says. “Maybe it was watching the old ‘Perry Mason’ TV show. Regardless, I made that pronouncement and 60 years later here I am.”

Where he is, is at the helm of one of the oldest and most respected personal injury law firms in Jacksonville. As president and founding partner of Coker, Schickel, Sorenson, Posgay, Camerlengo & Iracki, he has led his team of board certified attorneys to represent clients who have been seriously injured or who have suffered a significant loss. To date, the team has tried more than 1,000 cases and recovered more than $150 million under his leadership.

“The firm evolved over the years,” he says. “Today, we have 16 lawyers, making us one of the biggest firms in northeast Florida. My vision has always been to create the best trial firm in the area. I believe we’ve brought that vision to life.”

Determining one’s future while still in grade school might seem improbable, but those who know Coker agree it’s in perfect alignment with the man’s character. Resolute and assiduous, Coker’s ambition is defined by his ongoing pursuit of self-improvement.

“I learn from every trial,” he says. “I’ve never walked out of a trial without thinking I could’ve done better. It is a constant drive for learning. If you become complacent, you’re getting ready to perish. It’s imperative to embrace new ideas, new technology and to continue to improve your skill.”

A Jacksonville native, Coker describes himself as, “very competitive.” This was evident in high school where he competed in five different sports while serving as president of his senior class.

Coker never strayed far from his roots, attending both undergraduate and law school at the University of Florida. After passing the bar, he returned to Jacksonville to begin practicing law.

“I started my career in the state attorney’s office as a prosecutor,” he says. “I thoroughly enjoyed that experience. It allowed me to try a lot of cases in a very short period of time.”

With about 18 months of intense, handson experience under his belt, Coker joined a local insurance defense firm where he says he expanded his expertise to include civil trial experience.

“I was there for about three years,” he says, “and then in 1976 started my own firm. There were three of us at the outset. We did insurance defense work for about five years, before gradually moving into plaintiff personal injury work.”

Most established attorneys – including Coker – acknowledge that a mentor helped set the tone for their career.

“My mentor was a gentleman by the name of Malcom Kirby at my first firm. He influenced me in many ways, but the main thing was teaching me the lesson that your word is your bond, and to be straight with people. I’ve tried to follow that throughout my career.”

Recognized by peers as a prominent Florida trial attorney, Coker is a passionate and active advocate for the cause of justice, having tried more than 350 jury trials to conclusion and handled thousands of mediated settlements sustaining a top record for results.

“Howard is a premier, professional trial lawyer and a pleasure to work with on cases,” says appellate attorney Bryan Gowdy, partner at Creed & Gowdy P.A. “He’s a great guy, very personable as well as smart. He always sees the big picture. We’re always happy to work with him, because we know the work he and his partners do is always going to be first rate, which makes my job much easier.

“We work with a lot of trial lawyers,” he continues, “but Howard is the best. He thinks very practically and always does things in such a professional manner, they are easy to defend at the appellate level.”

Choosing the area of personal injury seemed to transpire naturally for Coker, and four decades later his passion and commitment have not wavered. If anything, he’s more ardent than ever.

“The biggest challenge is knowing that everything you do can affect someone’s case, and in many instances, someone’s life,” says Coker. “Occasionally, you are privileged to make a positive difference. It’s great motivation and keeps me going.”

His influence extends well beyond the courtroom. In addition to numerous and distinguished accomplishments in the field of law, Coker has cut a wide swath with generous contributions within the community at large.

“This was another piece of advice from my mentor,” says Coker. “He always emphasized being involved in professional organizations, which I believe I have been. I’ve tried to give back and do my part professionally, but beyond that, I have always felt compelled to give back to my community as well.”

Evidence of his years of commitment to both his profession and community is both abundant and impressive. Coker’s professional affiliations include serving as member, chair or president of a host of legal organizations, and, in 2008, he was appointed by Florida’s governor as a member of the Florida Supreme Court Judicial Nominating Commission. This was followed up in 2010, with an appointment to the Florida Innocence Commission.

In addition to these distinguished accomplishments in the field of law, Coker’s resume reflects his civic contributions to local organizations. In fact, one of his greatest honors was being named the top fundraiser and Business Champion of the Year for Learn to Read’s “Kiss the Pig” annual event.

“I truly do believe that it’s important to give back wherever you can,” says Coker. “Actually, it’s been my experience that we help ourselves when we help others. I think aside from the satisfaction of knowing you’re making a difference, it’s a tremendous growth experience, and one that I highly recommend.”

In recognition of his tireless service and consistent commitment to both professional and community organizations, Coker has received several significant awards and honors.

As he enters the autumn of his life and career, Coker says he is more cognizant of finding downtime. Typically, this is spent outdoors. Whether hunting (rumor has it he even bagged a lion), fishing, hiking, or just enjoying long, meditative walks, the combination of open air and mother nature seems to provide the ideal setting for unwinding and clearing his head.

Another passion and pastime is his rather substantial garden, which he proudly claims produces an abundance of fresh vegetables, including tomatoes, okra, eggplant, peppers and more.

“My friends refer to it as Coker’s Farm,” he laughs. “When I start something, I really become immersed. I love seeing things grow. I spend a lot of time there, it’s a very happy place.”

Finding this idyllic balance between a rigorous career and abundant private life, Coker says he feels very lucky. “I have to be the most fortunate guy in the world,” he says. “I’m generally healthy, have great family and friends, and love what I do. I wake up every morning excited to get going and appreciating just how lucky I am!”