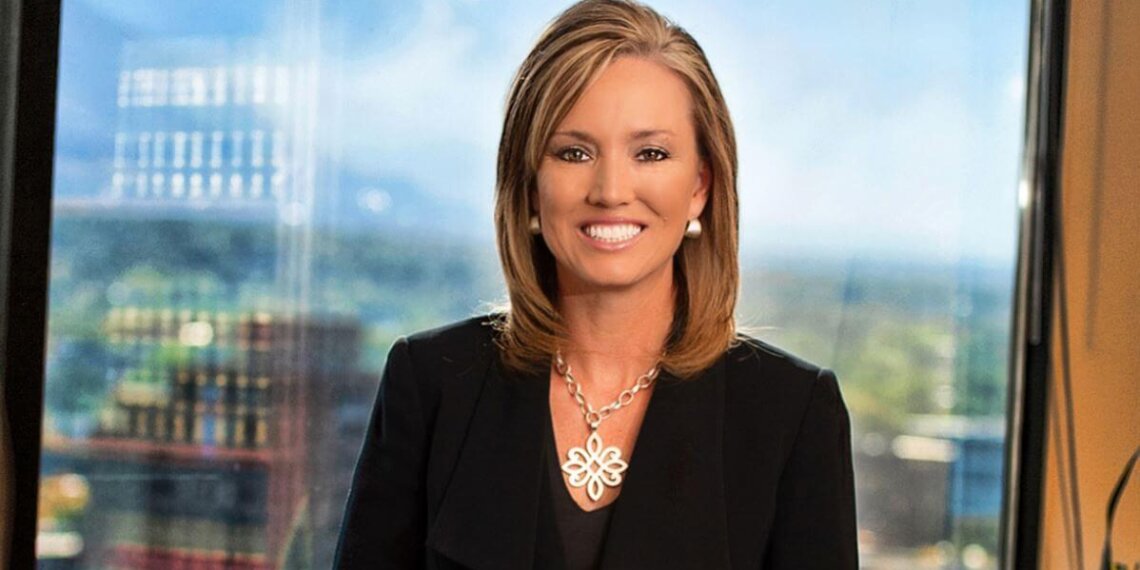 Jacquelynn Carmichael has been practicing law for over 20 years. She is a partner in the law firm Eisenberg, Gilchrist & Cutt and specializes in representing people who have been injured by the negligence of others. Through the years, her cases have involved injuries and wrongful deaths arising from bicycle accidents, auto accidents, defective products and medical malpractice.

Carmichael was initially drawn to the profession of law as a junior in high school. At that time, Carmichael said, “I knew being an attorney would be able to provide me with a level of autonomy in my job as well as flexibility and financial security.” As she matured, the motivation shifted. “I began to see the practice of law as the ability to help people and provide them with options they may not otherwise have available to them.” According to Carmichael, while it is impossible to erase the devastating effects of a serious or catastrophic injury, “being able to provide my clients with resources and options to improve the conditions and quality of their lives is very rewarding.”

During law school, Carmichael clerked for a plaintiff’s firm. There she learned the complexities of personal injury work. “Over the years, my practice has become focused on medical malpractice and products liability claims as well as advocating for cyclists. According to Carmichael, “As a cyclist, I am particularly interested in helping fellow cyclists when they are injured. My firm has represented many cyclists whose injures have arisen from a variety of causes including failed tires and other defective bicycle parts as well as drivers who have carelessly crashed into cyclists causing serious injury and in some cases death.” Carmichael and her firm are “very aware of the safety concerns that cyclists face in the Salt Lake Valley, and we enjoy advocating for and representing cyclists in a variety of capacities.”

“I have been fortunate to have excellent mentors throughout my professional career who have helped me to develop the expertise and skills necessary to handle complex cases for catastrophically injured clients. James Morton, now deceased, was one such mentor, as were Peter C. Collins and Walter F. Bugden, Jr., who helped me hone my appellate advocacy and trial skills. Upon joining Eisenberg, Gilchrist & Cutt, my mentorship continued as I learned from senior partners while working side by side with them.”

Looking over her career, Carmichael notes several prominent cases that have had a defining impact on her career. One such case involved a 30-year-old woman who was turned away from the ER three times before being reluctantly admitted for observation. “She was suffering from a volvulus – the twisting of the bowel in her small intestine,” Carmichael explained. “It causes excruciating pain and is a surgical emergency as it cuts off blood supply to the bowel.” With early detection, this condition requires a simple surgical procedure and a complete recovery generally follows. With a delay in diagnosis, this condition becomes deadly. In this particular case, multiple physicians missed the diagnosis and treatment was delayed for a couple of days. Too late to save her bowel, the patient was ultimately life-flighted to another hospital where the surgeon carefully explained that her entire small bowel would have to be removed; that she was septic and unlikely to survive surgery; and, that she would need to be tube-fed her entire life; that she would have a terrible quality of life and likely face complications from the tube-feeding. When asked if he should proceed, the patient asked him to do everything he could. She had two daughters to raise.

“The legal battle for this woman was long despite clear and obvious liability,” Carmichael said. “This woman never gave up, never complained and was grateful for every day she had on earth with her daughters. I will never forget this client. She is a monument to bravery, patience and optimism. Ultimately, if not willingly, the defendants were held accountable for their negligence which allowed this client to receive the medical care she needed and will continue to require throughout the remainder of her life. Being able to champion this woman’s battle for justice was an honor and a privilege and was definitely a defining moment in my legal career.”

Outside of the office, Carmichael maintains an active lifestyle from skiing and horseback riding to running half marathons and traveling. “Cycling is my newest obsession, and I recently joined the Bonneville Cycling Club. I love being outdoors, traveling and scuba diving with my family.”

When asked if she would recommend a legal career as a plaintiff’s attorney to others, Carmichael said, “Plaintiff’s work is not for the weak of heart. Representing injured clients takes courage, patience, hard work and dedication but if you have a desire to help others, it is truly one of the most rewarding professions I can imagine.”