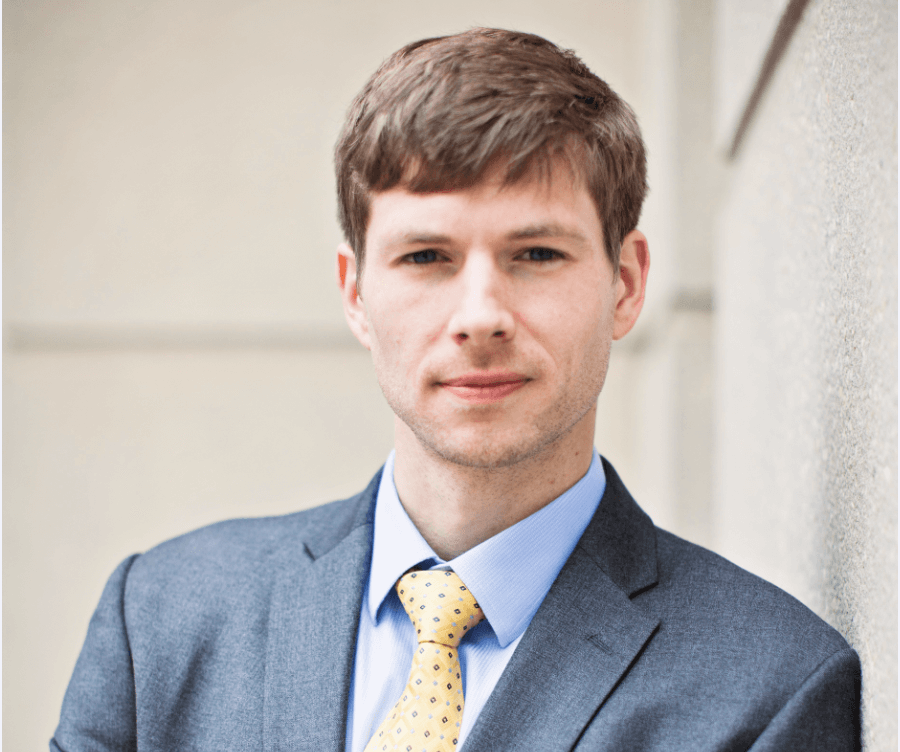 Raleigh civil litigation lawyer Jason M. Burton ran his first road race at the age of 3. “My entire life has been centered around competition,” said Burton. “I’m one of four boys and when I was younger, most weekends were spent chasing my older brothers in road races, triathlons, swim meets or other sports.”

Burton was a stand-out wide receiver on Glenville State’s football team, was the Academic Player of the Year for Varsity Football in 2007, and maintained a 4.0 GPA throughout each season. “I was born in Chicago and dreamed of playing for the Bears,” said the 6’2”, 190-pound former college football player. “I had great hands and ran great routes but I was not quite quick enough to make it to the next level.”

As a freshman in college, he entertained the idea of becoming an orthopedic surgeon and took some pre-med classes which he finds helpful in handling the complicated medical issues present in his personal injury cases. Competition is a common theme and runs through his life and practice handling personal injury and civil litigation matters.

“Competition for me is as natural as breathing,” said Burton. “I approach the practice of law and the preparation for a case in the same way I approached the preparation for the sports I played. That competitive background gives me an advantage in a courtroom setting where things are moving at a fast pace and you have to be able to tailor and adjust in the blink of an eye.”

Burton was raised in Jamestown, North Carolina. He is a fifth-generation attorney … a line that dates back to the Civil War. His family is originally from West Virginia where earlier generations had been small-town lawyers with general practices. His father, Walter, is a founding partner in the Greensboro law firm of Burton, Sue and Anderson LLP. His mother, Joyce, is a former teacher with a master’s degree who now assists at her husband’s firm.

“I followed my dad around in his practice when I was in high school and college and when I realized my hopes and dreams of a long football career were not going to come to fruition, I decided to follow in the footsteps of the many generations before me and step into the practice of law.”

Burton earned his Juris Doctor from Elon University School of Law where he graduated first in a class of 96 students. He clerked for Chief Judge James L. Gale of the North Carolina Business Court and later worked for Kilpatrick Townsend and Alston & Bird handling complex business, personal injury and wrongful death cases.

He launched Burton Law Firm, PLLC in January 2016 to provide a more local service and because of his desire to be in court on a regular basis.

“I am proud to shoulder the burdens of my clients and to provide a voice to individuals who may not otherwise have one. The feeling I get when I’m about to stand up in front of a judge or jury is very similar to that feeling I used to get in the locker room before I stepped onto the football field. It’s a feeling of nervousness that ultimately turns into a feeling of passion. I’m a person that thrives in high-pressure situations.”

Burton said his father had a message for him when he passed the bar. “My dad told me that over the course of my career I’d have hundreds if not thousands of cases but to each client, their case is the only case and the most important thing in their life. To be successful, you have to treat every client as if they’re your only client.”

Burton listens thoughtfully to questions. His answers are well thought out, clear and concise. He has a commanding yet at the same time a comforting presence.

“Clients need to know their case is going to be an interactive process,” said Burton. “The biggest part of that process is listening and letting your clients know they are being heard, that you understand their concerns and that you’re there to help them walk step-by-step through the complicated legal issue they’re facing.”

“One of the gifts that I have is the ability to communicate with a broad-spectrum of people.” Burton added. “Clients are coming to me in their most delicate and desperate states and they are relying on me because of my expertise and my ability to help them navigate their problems.”