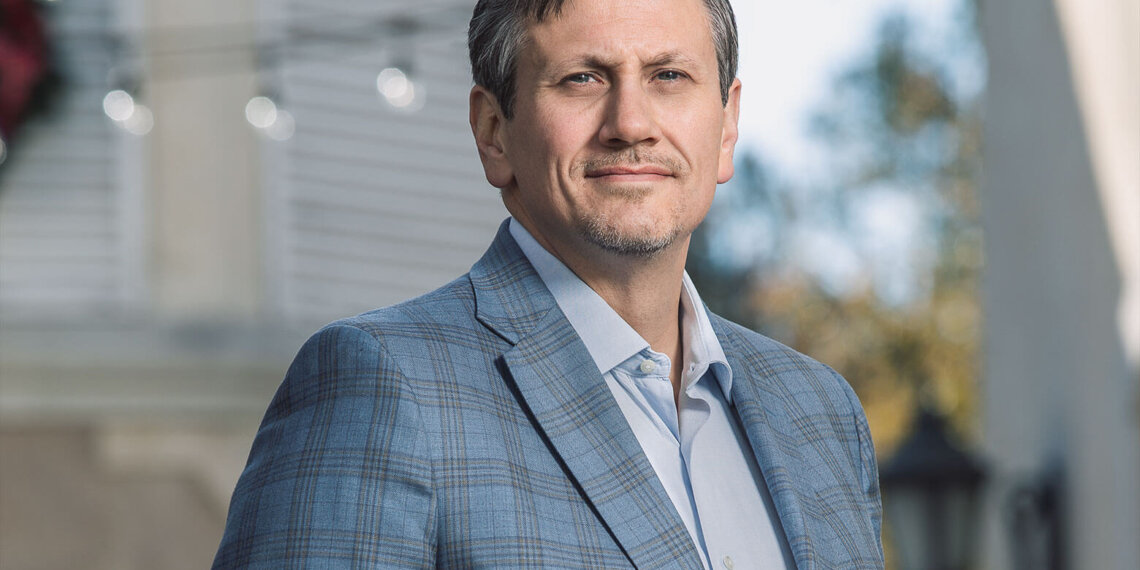 Joe Tunstall: The Plaintiff Side of the v.

The photo of two mallards is so vibrant; it almost looks like an oil painting. “I thought it turned out pretty well, didn’t it?” said personal injury attorney Joe Tunstall who shot the photo. It’s one of a dozen breath-taking nature photos adorning the walls in the Tarrboro and Raleigh law offices of O’Malley Tunstall PLLC.

For Tunstall, what started as wanting to take photos of his equestrian daughter, Lilly, turned into a hobby and now impacts how he prepares to try personal injury cases.

“At first, I thought photography was just taking pictures; then I figured out it was all about light. I love the creativity. The creative part is trying to take light and convert it over to an image that moves someone. Same deal with being a trial lawyer. I’m trying to move people all the time. So, when I take pictures of a client for a trial, I’m not just looking at the client, I’m also looking at what am I trying to get out of this photo. I’m trying to set a scene and create an image.”

“If you watch a TV program, CSI, or any law program, the crime happens, the depositions are taken, and the trial is over in less than 60 minutes. So, in real life, the jury thinks you’re going to have something interesting for them to look at.”

Joe Tunstall was born in Washington, NC. Both of his parents were teachers, who then became administrators in public school systems.

His parent’s jobs in public education didn’t pay enough to support Joe his brother and his sister, so they each worked a series of part-time jobs.

One of his father’s jobs was selling Amway products. When Tunstall was 12, his parents were driving home one evening from an Amway convention in Virginia Beach when a drunk driver slammed into their car. His mother suffered multiple neck injuries Her lawyer was his uncle and mother’s brother Jimmie Keel, who practiced in Tarboro. “I watched what went on from that end, and whenever anyone asked me what I wanted to be, from age 12 on, I said I wanted to be a lawyer,” said Tunstall. “Watching my mother sleep on the couch for a year as she recuperated … it just clicked in my brain that being able to help somebody going through something like that was what I wanted to do forever.”

He attended UNC, where he was a Morehead scholar. He earned his Juris Doctor from Wake Forest School of Law.

Following law school, Tunstall accepted an associate job working for Keel. He stayed for ten years, also practicing with Susan O’Malley, who became his law partner. “It was the best worst experience ever because he was way harder on me that everyone else in the world,” recalled Tunstall.

“The best lesson I learned from him was preparation. He was big on spending time thinking and working. He just didn’t half-rear end anything.”

“The second lesson was, don’t think of what the law is, but what it should be. He’d say let’s figure out a way to make it, so it actually helps people the way it’s supposed to,” recalled Tunstall. “My first year practicing law, I wrote three or four Court of Appeals briefs for Jimmie and Susan. Jimmie and Susan’s idea for the law was, help people, push ideas.”

“Jimmie’s philosophy was that in common law, as the world changes, so does the law. I learned that the law changes on an everyday basis, and if you’re not pushing the envelope on some of these things, you’re just wrong.”

Another large piece of Tunstall’s preparation is the use of focus groups that mirror the jury pool of each case. “I want to know from everyday people, what do you think?” said Tunstall.

“Focus groups bring you back to what human beings are. If you are a lawyer and you’re not doing focus groups, and you’re just walking in and trying cases, you’re missing the boat.”

Tunstall said he hears a common refrain from focus groups all over the state. “Their concern for other people is more based on their own experiences. I may go to trial with what a bunch of lawyers has told me is a winning legal argument, but if I argue it in front of the jury and they go, ‘who the hell cares?’ I screwed-up. I don’t have 12 lawyers sitting in a box; I got 12 people who work for a living, who have calluses on their hands.”

“If I just think about it from my perspective, I have no idea where the pulse of the world is. I have a narrow, tiny little life. I work 55-60 hours a week then I go home to be with my family.”

Family time with his wife, Lisa, an executive with PNC Bank, Lilly, now 16 and five-year-old son Peyt is spent on a six-acre home near Rocky Mount. Tunstall said the place offers endless opportunities for nature photography. “Peyt and I were on a golf cart driving past the creek behind our house. I slammed on the brakes, and Peyt said, ‘what’s wrong, Daddy?’ I said, hold on for two seconds.” Tunstall pulled out his iPhone and took a photo of two mallard ducks that now hangs in his office.

Joe Tunstall, like almost every other lawyer, will tell you that the key to success is preparation. For Tunstall, preparation encompasses lots of technology that he will use during a trial.

“I’m a good old red neck boy. But the flip side is you’ve got to stay at the top end of the technology. In today’s society, if a lawyer is not staying up with the technology, then I think you’re going to find yourself completely out of the game in a few years.”

“I can walk into any courtroom in North Carolina with a 50” TV, with a wireless Elmo remote, an Apple TV, a router, and my Mac- Book and be ready to go. If you don’t have some decent images and a presentation to show a jury, they’ll think you missed the boat.”

The other part of the technology equation for Tunstall is case management and information management. It’s more than a lawyer just having a wealth of information going into the trial. It’s knowing where all the information is and the ability to access it.

“Every deposition I do is e-mailed to me and put into a program, and I will have made notes that will take me to a specific part of the deposition. So when I’m sitting in a courtroom, and someone says something, I can cross-examine them like that [snaps a finger.] or support my own client if they say something, and I’m looking for the portions of their deposition that match up. I can click it in two seconds and throw it up on the screen.”

Tunstall is invited to speak on a regular basis to young lawyers. (“I still think of myself as a 24-year-old lawyer,” sniffs Tunstall when he gets the invitations.) The advice he gives them is, “You gotta want to win for more than the fact that you will make money on the case. When I walk in the door of the court, I have to tell the story in such a way that people will understand it. So, if you don’t know people and you don’t like people, how in the hell are you going to explain it to people? If you’re on the plaintiff side of the v., if you’re representing human beings all the time and you don’t like people, you’re screwed. People see right through the stuff. You’ve got to like people.”