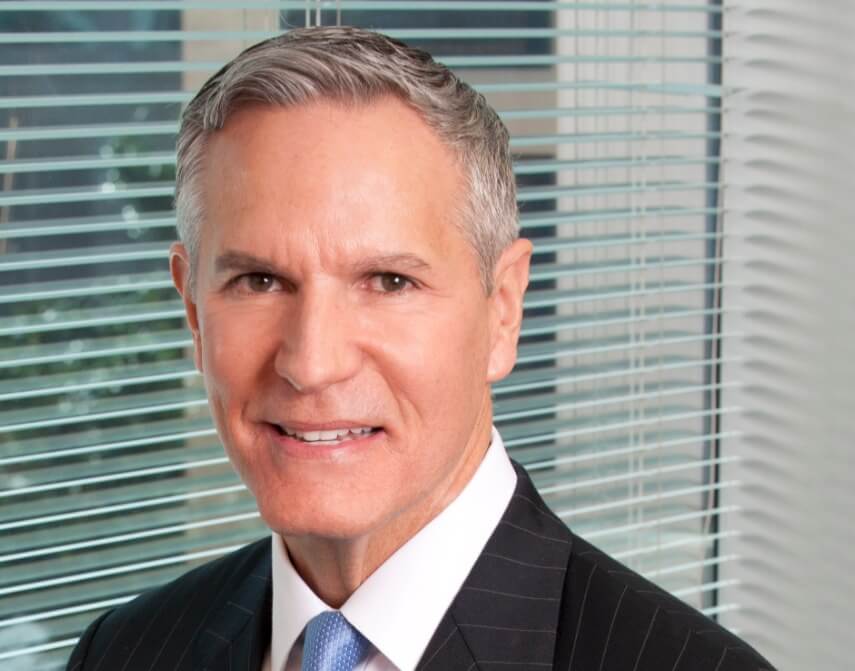 “Intense,” “determined to win,” and “engaging” are words other lawyers use to describe John H. “Jack” Hickey. Hickey was born and raised in Miami. He went to Miami Palmetto Senior High School and graduated from Florida State University and from Duke Law School.

Hickey began his career on the “other side,” representing large, self-insured corporations in catastrophic and serious personal injury cases as well as handling complex commercial litigation and family law. He started as a summer clerk at Smathers & Thompson, a large fullservice firm in Miami, before being brought on as an associate. It was in this role that Hickey was first exposed to maritime law, representing cruise lines.

Hickey was assigned to work for Earl Waldin on his first day at Smathers & Thompson. According to Hickey, Earl Waldin was generous with his time and patient with the new lawyer.

“He was a lion of a trial lawyer but congenial and friendly outside the courtroom,” Hickey says. “I couldn’t have had a better mentor. In my first year of practice, we went to trial four times in cases involving catastrophic injuries, securities litigation and insurance disputes. I tried a case as first chair nine months out of school. Today, that kind of opportunity is unheard of in civil practice. I was just beyond lucky.”

Hickey took the next step of his career at Hornsby & Whisenand, a commercial litigation boutique firm on Brickell Avenue. There, he met attorney Gary Jones. Hickey became a partner at the firm but eventually left with Gary Jones and they started their own firm. When Jones moved to Gainesville, Hickey switched his practice to the plaintiff ’s side. The Hon. Gary R. Jones is now a federal magistrate judge in the Middle District of Florida.

“I had built a practice in commercial litigation, personal injury defense and family law where my clients included the cruise lines. I completely changed my practice at about the 17-year mark,” Hickey says. “When I was on the defense side, many plaintiffs’ lawyers told me I had the personality to do plaintiffs’ work and the defense practice became less and less satisfying to me. I knew that I wanted to start a firm which took only the better cases and prepared to try them.

“This was an abrupt change in the type of clients I obtained and the way I prepared and tried cases,” Hickey continues. “I left behind many contacts and clients all over the world, especially in the maritime world. My only regret, however, is that I didn’t make the change sooner.”

Today, Hickey represents people who have suffered life-changing injuries and the families of people who have died as a result of negligence. He specializes in maritime law and claims against the cruise lines. These claims involve sexual assault, premises liability, medical malpractice and inadequate security. The land-based claims he handles also involve auto and truck accidents and products liability.

“All of our clients have suffered lifechanging injuries that left them different people,” Hickey says. “They are at a point where they are not getting better. We navigate the long-term medical and legal journey with our clients, assisting them in any way possible. Because of that, my staff and I always develop a pretty close professional relationship with the clients.”

The firm has grown from one lawyer to a team of four lawyers and eight staff members. “We are like Seal Team 6,” Hickey says. “There is little our team cannot handle or accomplish.”

With more than 17 years on the defense side, Hickey believes he brings a unique perspective to his cases. He combines his extensive trial experience on both the defense and plaintiffs’ sides and gets great results. The insurance companies and P&I Clubs know who he is.

Even though the firm has grown, Hickey still takes a personal interest in each case. “I personally meet with each of my clients during the process to ensure that they understand what is happening,” Hickey says. “I don’t sugarcoat anything, though. I give it to them straight.”

Hickey is formidable in the courtroom. As a result, he has obtained numerous settlements and verdicts in excess of $1 million which have earned him accolades and awards including admission to the Multi-Million Dollar Forum. In 2015, Hickey’s result on one case was named by the National Law Journal as No. 1 result in Florida and No. 6 in the United States. That was for Adkins v. Big Dipper Charters, Inc., a dive case in the Florida Keys. Hickey represented a father and son who went diving. The dive boat backed over them. The son, a 12-year-old at the time, suffered a skull fracture and brain injury which resulted in partial right-sided paralysis. Hickey and his team recovered $12 million for the family to help with medical bills and future care.

Three weeks after the Adkins case was resolved, Hickey settled an assault and battery due to inadequate security case in which the perpetrator – a man – beat a woman for 45 minutes. The case settled for $9 million. Two months later, Hickey settled a premises liability case in West Palm Beach in which a homeowner’s association left open cylinders buried in the lawn. Hickey’s client stepped into one of the open cylinders, trapping his foot and leg. After numerous knee surgeries including a total knee replacement and two revisions and then complex regional pain syndrome (CRPS), Hickey was able to settle the case for $2.5 million.

“I believe I can give them the best most aggressive representation they can get,” he says of his clients.

Hickey also has a passion for bar service. He is a past president of the Dade County Bar Association (DCBA), the largest voluntary bar association in Florida. He worked his way up to that position, serving as chair of seven DCBA committees and three Florida Bar committees before he served in every officer position in the DCBA including president. He then was elected to The Florida Bar board of governors. Hickey is a member and supporter of the Florida Association for Women Lawyers and the Cuban American Bar Association.

Hickey is a frequent lecturer at trial and other lawyer organizations around the country. In the last two years, he has authored papers for and spoken at 16 bar and trial lawyer programs. These programs have been for the American Bar Association Torts and insurance practice section, the American Association for Justice, the New York Bar Association, and local bar associations such as the Coral Gables and Kendall South Miami Bar Associations.

“Early in my career, I found that I valued becoming involved in bar activities and being a leader in the bar. It is something I recommend to every lawyer,” noted Hickey. “I believe in leading by example and creating consensus.”

At the early stages of last year’s heated debate on reciprocity, Hickey took a clear stance against it. Hickey also looks forward to addressing other measures which have been studied recently by a commission such as the uniform bar exam with portability also called a back door to reciprocity, non-lawyer/corporate ownership of law firms, and paralegals practicing law. Additionally, he would like to work with the associations to create a solution for the large number of newly graduating lawyers who have no mentors and no jobs, but who are deeply in debt.

“As a full-time working lawyer, I understand the immensely important issues facing our profession. Using positions within the bar, I am able to ensure our messages get heard,” explained Hickey.

“Early in my career, I found that I valued becoming involved in bar activities and being a leader in the bar …. I believe in leading by example and creating consensus.”

“I believe I can give OUR CLIENTS the best most aggressive representation they can get.”