Jon Naudi: Beyond The Headlines 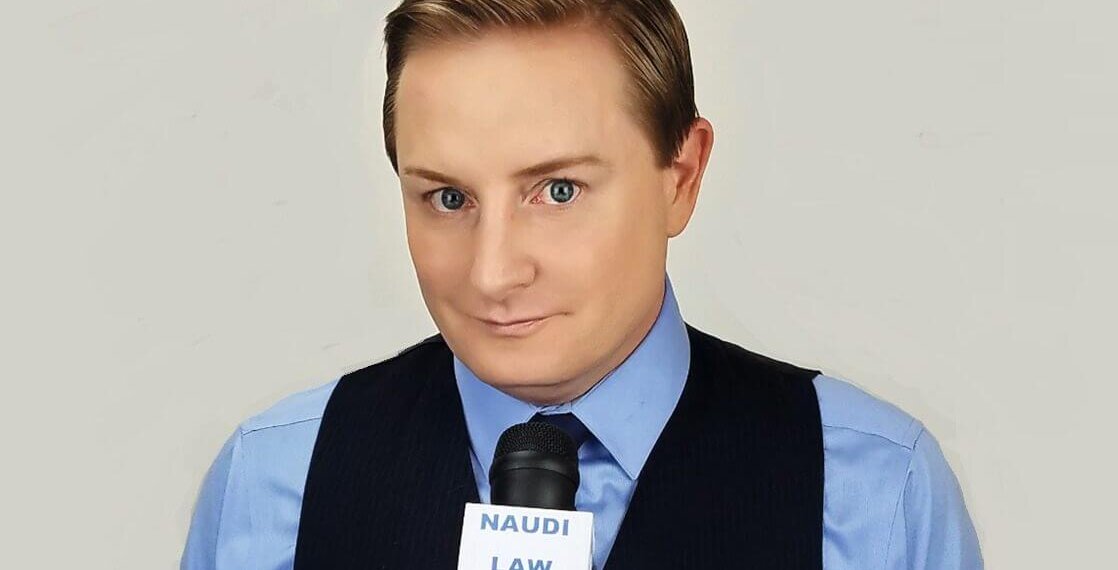 Attorney at Law Magazine Los Angeles Publisher Sarah Torres sat down with Jon Naudi to discuss his show “The Naudi Law Show” and the inspiration and work behind it.

AALM: What inspired you to host The Naudi Law Show?

NAUDI: Social Justice. The Naudi Law Show shines a spotlight on important issues for people who don’t always have an equal voice. News outlets often cover only highly sensationalized stories but many of the most important situations happen in our own backyards. #MeToo Survivors’ March, Poor People’s Campaign, abusive landlords, generous charities, equal rights for women and many other causes that effect real people exist in communities throughout Los Angeles. As a lawyer, I work with real people every day to solve their problems and fight for justice to improve their lives.

AALM: What about The Naudi Law Show has taught you the most?

NAUDI: Because The Naudi Law Show broadcasts on location, I’ve learned first-hand to go beyond the headlines. Investigating the problem is the best way to know what’s actually happening. Sound bites don’t cut it either. As Charles Kuralt said, “Everybody has a story to tell.” Before and after broadcasts, I spend time with the people involved to hear their stories. Not only has this taught me more than headlines ever could, I’ve also developed lasting friendships and found amazing new clients.

NAUDI: In 2018, I began working with local groups such as the LA Tenants Union, churches throughout Los Angeles and some of my favorite charities to teach people how they can protect themselves against insurance companies. Non-lawyers often don’t stand a chance because insurance companies are heavily funded and always “lawyered-up.” My presentations provide practical advice, so people save money and can fight back if they’ve been in an automobile accident. In my view, that kind of practical knowledge is something everybody should have. I’m really looking forward to speaking to more groups this year.

As a natural consequence of The Naudi Law Show, I receive requests to broadcast events. I’m excited to keep bringing widespread awareness to deserving causes. For example, I streamed the Poor People’s Campaign 50th Anniversary from Union Church to over 3,000 live viewers. The Simin Hope Foundation sponsored the largest holiday toy giveaway in the history of North Hollywood. I was fortunate to cover that event and interview their celebrity guests. On Thanksgiving morning, I broadcasted live from Project Angel Food’s kitchen with its Executive Director Richard Ayoub. Audiences watched those particular shows across social media platforms including the Naudi Law Group Facebook page.

NAUDI: Quite simply, I’m trying to prove that lawyers can have great clients, be successful and be good people — all at the same time. I’m really proud to have diverse clients ranging from entertainers and politicians to people from various walks of life. All are treated like family. How do I know that things are being done the right way? When a client refers a new client to Naudi Law Group.

AALM: What kind of work did you do before opening Naudi Law Group?

NAUDI: I represented businesses in bet-the-company complex litigation matters with a boutique firm here in Century City. Before that I assisted entertainment clients in multimillion-dollar breach of contract claims against motion picture studios and record labels for unpaid royalties. During law school, I worked at some of the most prestigious entertainment companies in the world including Miramax, Paramount Pictures, Brillstein Entertainment Partners, Smoke House Pictures, Section Eight Productions and Project Greenlight.