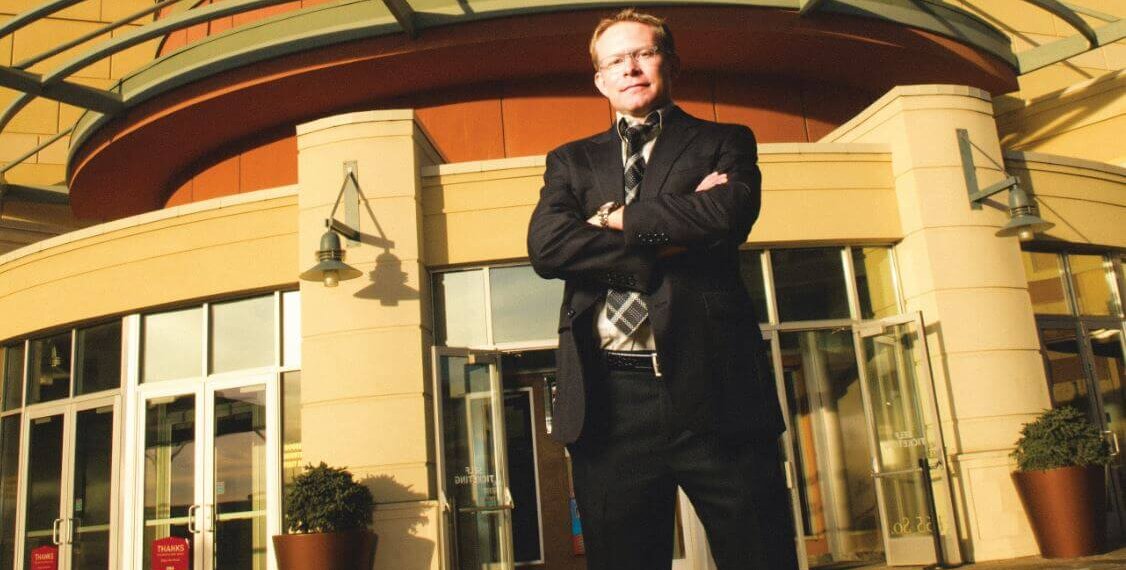 It’s not every day you find an attorney practicing law and having a great time doing so. Attorney Joesph Pia has an interesting matrix from commercial litigation and intellectual property protection to media and entertainment law. Moving fluidly from one practice area to the next with perfect finesse, it is Pia’s genuine demeanor and mastery of legal skills that wins over clients, colleagues and opposing counsel. The attorney’s foray into the field of law was a gradual and not quite intentional plan.

All the Right Moves

Pia did not set out with the intent to become a lawyer; he headed to law school just a bit later than other attorneys.

“I was actually working in film production for PBS and had just been an associate producer on a 13-part series for PBS called, ‘Ancestors’ and was producing another film for PBS at the time. My wife said, ‘You can’t possibly think you’re going to be a movie producer, why don’t you go to law school?’” explains Pia. “I said, ‘OK, I’ll go to law school but only if I can be a movie producer once I’m done.’ As a part of being in law school we went down to California and lived in Studio City and I worked at New Line Cinema that was producing ‘Lord of the Rings’ at the time and had just finished producing ‘Blade’ and ‘Austin Powers.’ It was a hotbed of film, media and legal activity and I had a lot of fun doing that.” Since he was in law school, the legal end of the business really piqued his interest.

While working at Workman Nydegger, Pia’s caseload grew and diversified in entertainment law. “The stars aligned and I connected with other like-minded attorneys who wanted to start a law firm with a different type of a structure that would allow us to grow in that area and other areas – and who were tired of what we call the slave-model in typical law firm structures,” Pia remarks. “We wanted to create a law firm that rewarded merit directly and rewarded those who generated business and were entrepreneurial in their approach to law. Luckily I found four other partners that really liked that idea and we founded this law firm with that in mind.”

Pia is one of the founding partners of Pia Anderson Dorius Reynard Moss. “My partner Derek Anderson, in particular, has been excellent at finding talented attorneys and convincing them that our unique firm approach is worth the risk,” says Pia. “I’m very proud of recent additions to the firm roster like Scott Hoyt, previously a senior litigation partner at Gibson & Dunn, and Joe Goode, rated as Franchise Attorney of the Year in Wisconsin.”

Founding partner, Rob Reynard, passed away nearly two years ago. “That was devastating to our law firm, but it pulled our legal family together. Loyalty to each other and loyalty to our clients after having been through that furnace of affliction is something that I haven’t seen anywhere else.”

Today, Pia handles intellectual property encompassing copyright, trademark and patent law. Entertainment law also draws on copyright law and many other areas depending on the issue at hand, including finance, partnership or labor law. “My practice – depending on the economy – swings between transactional work in entertainment and in other traditional intellectual property areas,” Pia explains. “When the economy is doing poorly, everyone sues everyone and my practice shifts to litigation.” Ah, there’s no business like show business – especially if you’re in the field of law.

As with so many lawyers, there were a few people in the legal field that served as role models to Pia. “There were two people; Larry Laycock, who is now a partner of Maschoff Brennan in Salt Lake City and Brent Lorimer, who is currently a partner at Workman Nydegger, were both mentors,” says Pia. “They were instrumental in cultivating my approach to the law. Laycock is entrepreneurial, an amazing advocate and orator and client developer extraordinaire.”

“Lorimer on the other hand is the most diligent attorney I know,” Pia continues. “He is painstaking in his detail in each brief and motion and every area of law in which he’s advising the client. He was a great mentor in the aspect that you can’t short shrift any detail.”

His entertainment clients know Pia by reputation. “I’ve got a lot of practical experience in entertainment law and have been involved in nearly every aspect of film and television production since I was in college.” On the litigation, transactional and IP side of the law, most of that business comes to Pia by referral from other firms and lawyers that know his expertise.

Pia accredits his customer service to his mentors – Laycock and Lorimer – who taught him the essentials of listening. “The most important lesson I’ve learned is paying attention to what the client is really asking for help with,” explains Pia. “So often, in the practice of law, the client comes in with a particular problem, a need that they want addressed. The attorney will then address the problem how they see fit, not necessarily achieving the desired solution. In my opinion, we need to pay attention to their problem, not spend our time solving a spinoff of that problem we believe is important.”

As Pia sees it, there are two differentiating aspects at the firm. “We’re trying to build an environment for attorneys that reflects a modern and current way of doing business,” Pia states. Attorneys are encouraged to collaborate across the four offices, seeking insight they may need on any particular case. “Nearly every lawyer in the firm has put thought into almost every case. That’s not traditional for lawyers and law firms,” Pia explains. “We’re not afraid to punch holes in theories and work creatively on solving problems together. I think we’re able to overcome a lot of pride that can inhibit lawyers from collaborating.”

The second differentiator is the familiarity between attorneys and clients. “We look at them as a part of our work family,” Pia says. “We have a unique relationship – I go to the movies with my clients; we hang out together; we attend social functions. There’s a social business and relationship aspect of our practice that’s unique.”

“We went from five attorneys to 20 attorneys in four offices in the last four years. I see us in the next five years being over 50 attorneys strong and probably moving into two more markets,” Pia states of the future of the firm.

The founding attorneys all shared the idea of working in a collaborative environment in a forward-thinking type of law firm. “We benefit those at the top of their industry,” he finishes. “We’re looking to the future of our industry and theirs.”