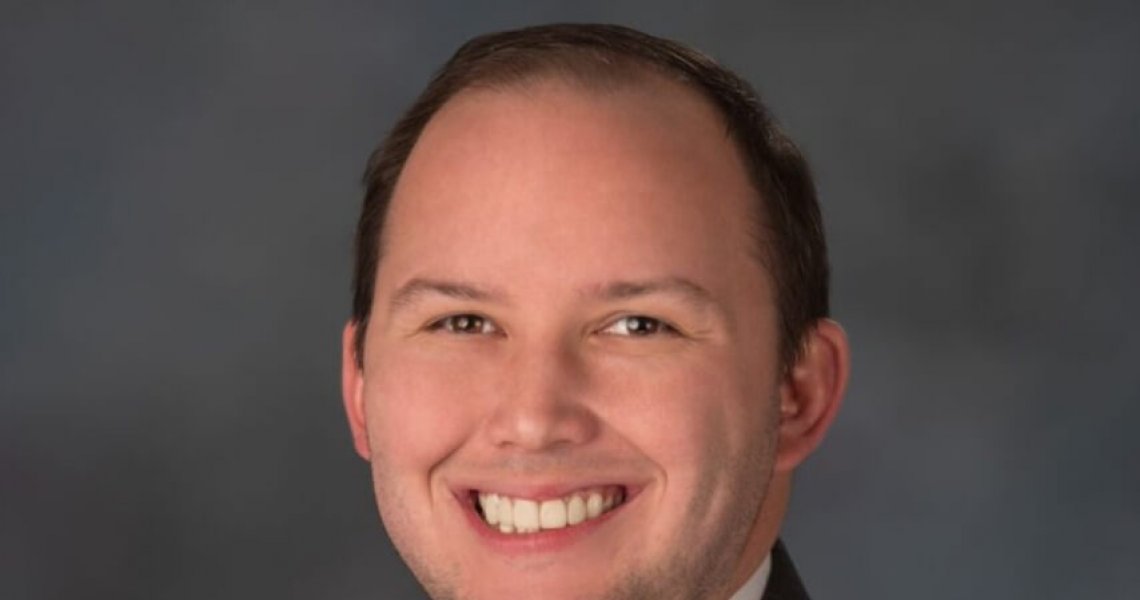 Joseph Z. Frost: From The Farm To The Courtroom

“My parents taught me about hard work, dedication and how to solve complex problems,” said Frost. “They gave me a deep appreciation and compassion for the farmers and companies that work with farmers who are facing financial difficulties.” Frost assists clients in obtaining relief under chapters 7, 11 and 12 of the Bankruptcy Code.

A significant portion of his clients are multi-generation family farms and agricultural businesses. “The most important aspect of farming is financing. That is, how the seed, chemical, labor, and other items necessary to plant, cultivate, and harvest the crop, are paid for.”

Frost graduated from Presbyterian College with a Bachelor of Science in business administration and accounting. He received his Juris Doctor from Campbell Law School. Before joining Stubbs Perdue, Frost served as a judicial law clerk to Judges J. Rich Leonard (now dean at Campbell Law School) and Stephani W. Humrick-house in the U.S. Bankruptcy Court for the Eastern District of North Carolina.

Judge Leonard grew up on a farm in Davidson County, North Carolina. “Judge Leonard taught me that God doesn’t grant continuances on crops. Farming is a 24/7 operation, job,” recalled Frost. “He told me that given the volatility of crops and livestock, the risks associated with farming and the mentalities of farmers; special attention and care should be paid to every case to ensure that the farm is free from interference and interruption by creditors and the courts.”

Planning is the Key

“Most farmers and people involved in the agricultural industry want and expect a lawyer who can empathize with their situation and who actually has had their hands in the dirt; someone who had pulled 15- hour plus days during planting and harvesting seasons,” said Frost.

“For each farm client, I start by developing, preparing, and implementing a comprehensive farm plan, which is based upon information provided by the client, governmental agencies and other third parties, including accountants, financial institutions, and agricultural material suppliers.

“A farm plan is essential to understanding and evaluating operations, and persuading the client, financial institutions, or bankruptcy court, that ongoing farming operations are viable and necessary for a reorganization of its debts and obligations,” he continued.

“Getting a handle on these aspects early enables me to formulate a strategy and prepare a plan of reorganization or, depending on the situation, liquidate certain real and personal property, which ultimately must be approved and confirmed by the bankruptcy court in every chapter 11 and 12 bankruptcy case,” said Frost. “It might include a reduction in the total acreage that is being farmed, and it could revise the particular crops that are being planted, cultivated and harvested.

“The establishment of a working relationship with an agricultural supplier and securing a multi-year commitment for annual crop financing are essential for a farm to avoid filing for bankruptcy or seeking relief under the Bankruptcy Code.”

Away from his practice where he helps preserve farms, Frost is committed to preservation of the outdoors. He is an avid hunter and outdoorsman, primarily hunting duck and other waterfowl.

“My father made a point to make sure my brother and I appreciated the outdoors as much as he did,” said Frost. “I hope that I have that chance to pass that tradition along to my son. It’s not only about hunting, it’s about conservation and making sure the wetlands are existing and available to future generations.”

Frost and his wife, Melanie, have a son, Merritt.

Farming and the Community

“Historically, North Carolina has had an agricultural-based economy, particularly in eastern North Carolina, therefore, when evaluating whether a reorganization is attainable, special attention should be paid to the effect that this farm and its business will have on the surrounding community, county, and region of North Carolina,” said Frost. “No matter how big or small the farm, and regardless of the circumstances that led them to me, farmers are generally honest, hard-working people, who bear responsibility for the production of the country’s food source.”