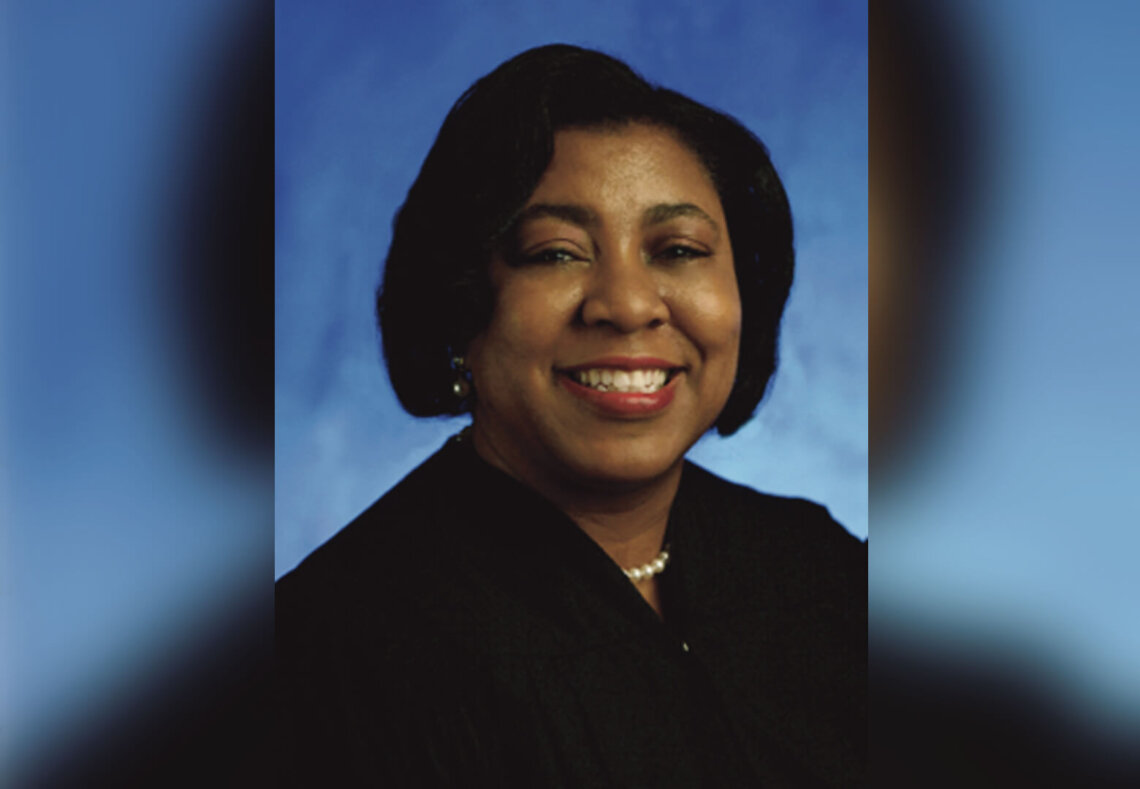 October may be Domestic Violence Awareness Month, but for Phoenix Municipal Court Judge Carol Scott Berry, it’s a year-round reality. Judge Berry is the Domestic Violence Specialty Court judge. “This is the biggest challenge I currently face as a judge,” she said, because “we are attempting to create a court that addresses victim safety, counseling services for both defendant and victims who desire it, and increase communication between law enforcement, victim advocates, prosecutors, defense counsel and the courts.

“The positive aspect is that all of the stakeholders are willing participants,” she added.

Recently, Berry received the Medgar Evers Award from the National Association of Blacks in Criminal Justice. The association called her a “giant for justice,” and hailed “her unselfish ideals of fair play, her devotion to developing policies, enforcing regulations and ensuring that all persons, including those who are institutionalized, (receive) equal justice under the law.”

It also praised “her dedication, unwavering service, servant leadership and outstanding achievements as a criminal justice professional committed to justice for all.”

Her award came as a surprise. She was nominated by a former probation officer with whom she worked as a public defender. “During the time we worked together, the county attorney began charging many juveniles as adults,” she said. “We worked together to help so many young people navigate the system to productive lives.”

“I was so surprised when I received the news I had won,” she added. “It showed me the importance of relationships. You never know where a relationship will lead.”

The challenges posed by her current role are not the first in her career.

As an African-American woman in the criminal justice system, she’s had her share of others – and conquered them through her Christian faith.

“Being an African-American woman in a white male-dominated profession made my career challenges unique,” said Berry, who with her real estate agent husband, Virgil Berry Jr., have two children who attended Valley Christian High School.

“At the beginning of my career, I was reluctant to speak up or offer my opinion. I began attending Bible Study Fellowship, an international, interdenominational Bible study. I developed confidence and courage through learning the Bible and God’s will for my life. It was this confidence that helped me focus on the task before me.”

Now, public speaking is part of her extracurricular activities. She speaks to elementary and high school students as well as those in college and law school.

Her daughter, Grace, graduated from ASU with two bachelor’s degrees and is a paralegal who has her sights on law school.

It’s a familiar career path for Berry, who attended ASU Law School after moving to Arizona in 1982 with her bachelor’s degree in public administration from the University of Southern California.

“I wanted to be a lawyer since I was 12 years old,” she said. “In sixth grade, our class did a play and I was assigned the role of a lawyer. I realized that a lawyer helped people and spoke for those who couldn’t speak for themselves. I decided that was what I wanted to do.”

After law school, Berry worked as a law clerk in the Maricopa County Attorney’s Office and the Arizona State Senate, then practiced criminal law for about 12 years at the Maricopa County Public Defender and in private practice before becoming a judge.

“I always wanted to be a lawyer, but judge was not something I had ever considered,” she said. “Co-workers, friends and other colleagues encouraged me to apply to the bench. I worked as a part-time judge at Phoenix Municipal Court for about five years and really enjoyed the work. I enjoyed being in a position to help people. Several of the full-time judges encouraged me to apply” and so she did, becoming a full-time member of the bench in 2001.

Though the job is demanding, Berry said, she is blessed with “a very supportive husband and close friends and family.”

“I have also been fortunate to have had supportive supervisors and presiding judges,” she added. “I always felt my knowledge was respected and my viewpoint heard. I balanced being a wife, mother, lawyer and judge with community and professional activities. My children were raised in a ‘village’ of our friends and relatives.”

A member of the Arizona Black Bar – which, she said, “allowed me to meet other African-American lawyers and judges and share experiences” – Berry also has chaired the organization’s annual scholarship dinner the past three years.

Her current passion includes increasing the number of minority lawyers and judges in Arizona.

The Arizona Black Bar has increased the number of sponsored seminars and social gatherings to allow those new to Arizona the opportunity to meet ABB members and connect with the Arizona African-American community. ABB is also working with the ASU Sandra Day O’Connor College of Law’s Law High School Pipeline Initiative. The initiative collaborates with six Phoenix high schools to enhance the diversity of the legal profession by fostering a pathway for diverse high school students who have an interest in law while assisting students in developing the necessary academic skills to succeed. Members serve as mock trial coaches, mentors and judges, furthering our goal of increasing the number of minorities in the legal profession.