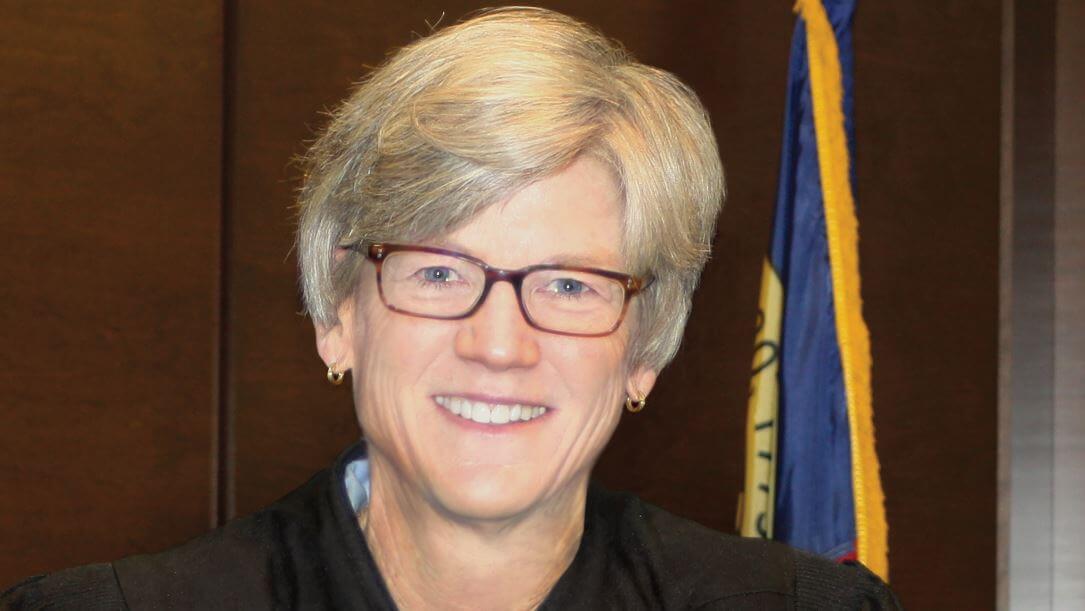 Durham Chief District Court Judge Marcia Morey learned about compassion as a member of the U.S. women’s swim team in the 1976 Olympics in Montreal. She said her performance there was disappointing, but ultimately had a positive outcome. “I think that helped me have more compassion for people who appear in court with significant problems and disappointments, many of whom are juveniles, who have not had the support or guidance they desperately need.”

“I am absolutely passionate about juvenile court. I think there is more hope and ability to change lives, help kids stay in school and find their future. The juvenile system is restorative justice. We try to be creative to find their strengths to build their self-confidence,” said Morey.

Last year, Morey helped launch the first misdemeanor diversion program in Durham. “If a 16 or 17-year-old is about to get their first criminal citation or arrest for a non-violent misdemeanor they have to experience a court session and realize how serious a criminal charge can be. We’re trying to get their attention, keep their records clean. Because as harsh as it is in the courtroom with hundreds of dollars of costs and fees and a suspended jail sentence, the collateral consequences are unbelievable in terms of employment, military service, housing and scholarship money.”

Teenagers who successfully complete the diversion program have their charges dropped. Last year, the judge had 550 juveniles in the program.

In the mid-1980s, Morey was the first female investigator for the NCAA investigating football coaches for recruiting violations. She was involved in the probe of former Clemson University and University of Florida head football coach Charley Pell. After over 100 violations were found, Pell was fired by Florida before the 1984 season.

Morey is a native of Decatur, Illinois. She attended Northwestern School of Law and the University of Illinois. Morey made frequent trips to the Triangle during her years with the NCAA and decided to settle in Durham. She joined the Durham district attorney’s office under DA Ron Stephens.

Morey spent two years as the executive director on the governor’s commission on juvenile crime and justice under Gov. Jim Hunt. “We re-wrote the North Carolina juvenile code and made the first Department of Juvenile Justice,” said Morey.

In 1999, Hunt appointed Morey as a district court judge in Durham. “It was an honor that the governor appointed me,” she said. “It’s a public service. Every day I hear stories of human life and a lot of it is suffering and a lot of it is based on poverty. I try to help make bad situations better for people facing family law and child custody matters or in the criminal court system,” said Morey.

The day of our interview, a parade of lower-income defendants facing minor charges appeared before Morey to schedule their hearings. “First, I want to make sure they get justice in their case and that attorneys handle it respectfully and we handle the case efficiently and they feel like they came out of the system feeling like they got a fair deal,” said Morey.

SWIMMING WAS MY REFUGE

“I was a shy and somewhat awkward kid growing up. Swimming was my refuge,” said Morey. She began swimming at age five and swam competitively for the next 16 years.

Morey was co-captain and competed in the 1976 Olympics and was again overshadowed by East German athletes who were doping. East German women won 13 of the 18 swimming gold medals and set either world or Olympic records. “They were pawns of their government system, which resulted in females who were more muscular with deeper voices,” recalled Morey.

At the world championships in 1975, she befriended Renate Vogel, an East German swimmer who set two world records for breaststroke in 1973 and 1974 and won gold in the ’72 Olympics.

“There were 10,000 East German athletes who were forced to take steroids. Renate had no choice. It was forced upon them,” said Morey. “Many of the women swimmers from ’76 East German team have either died or become very ill with cancer. The impact was indelible. We may have lost our races, but they lost their freedom.”

Vogel defected in 1979 to West Germany to get treatment for cancer caused by steroids and went public with details about the East Germany training programs. Vogel and Morey have remained in touch. Vogel is now cancer-free. She has been married and now has a child.

“Swimming built up my self-confidence. It was character building. It gave me discipline and I think it translates to the world of work. I know if I put my mind to something I can have the discipline and dedication to see it through.”

When Morey retired from swimming, she said, “Law became my passion.”

The former world championship swimmer now gets to enjoy the thrill of victory by changing young lives. “Many times I’ll get a letter two or three years later with a picture of a family or a marriage from someone appreciative that we helped them get the message, that we believed in them and that their life is valuable. That’s why I’m here.”