An Interview With Judge Martin Hoffman 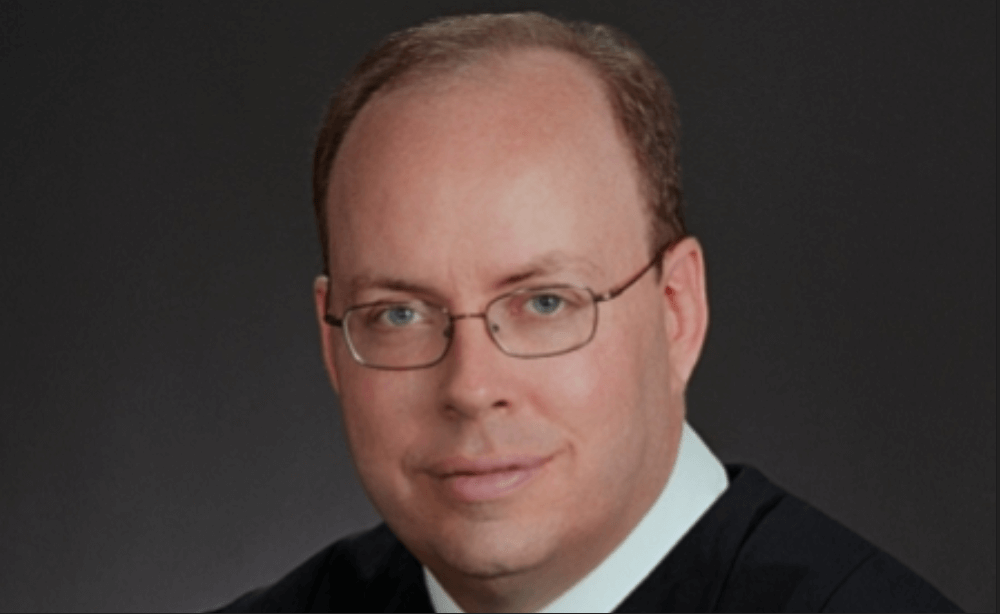 Attorney at Law Magazine Dallas Publisher PJ Hines sat down with Judge Martin Hoffman to discuss his transition from an attorney to a judge.

Hoffman: I was elected to the 68th Civil District Court in 2006. I began my service Jan. 1, 2007, and have served since then. I was elected to be presiding judge of Dallas County Civil Di strict Judges and the George Allen Courthouse Central Jury Room by my peers.

Hoffman: My goal has always been to work as a public servant. I first became involved in politics in high school and college. I eventually was elected to serve as president of the Texas Young Democrats. I thought at that point that I might want to serve as an elected official. It quickly became apparent that this path was not possible as a democrat in Texas. Instead, I decided to go to law school. While practicing law, I became extensively involved in community service. I became president of the Dallas Homeowners League and later Texas Neighborhoods Together, where I assisted neighborhood organizations in leadership training and organization. This activity in community service prompted me to run for the Dallas County School Board. In that position, I realized that I wanted to serve as a full-time public servant. In 2006, I decided that by running for judge, I could combine my two great professional loves – public service and the law.

AALM: What advice do you have for attorneys considering the switch?

Hoffman: My experience as a judge has been the most rewarding professional endeavor of my career. I would caution anyone considering pursuing a career in the elected judiciary to understand the politics of judicial elections. I have heard many judges describe the time commitment for running for judge as a “second job.” Judicial elections can be expensive, time consuming and brutal. If you are interested in running for judge, you should become involved in the political party of your choice. You should prepare your family and law partners for the uncertainty and rigors of judicial elections.

Hoffman: My goal is to be respectful to the attorneys, parties and witnesses in my court. I always try to be efficient and prepared. I tend to communicate extensively with juries to make sure they understand the proceedings. I try to interject humor where appropriate. I always try to be patient with self-represented parties.

Hoffman: I can think of countless differences between being an attorney and serving as a judge. Many of the changes I would have never imagined. For me, one of the most surprising changes is that when I was in private practice, I felt I was always on the phone, but as a judge I am rarely on the phone. I obviously spend more time in the courtroom than I ever did in private practice.

Hoffman: I love spending time with my kids. I have 16-year-old twins. We love going to the movies and watching scary television shows like “The Walking Dead.” I have some old friends; we enjoy playing board games and going to the movies together. I enjoy going for evening walks with my wife. I also play tennis and hike. I love reading history novels about the Civil War, World War II and the Supreme Court.

Hoffman: I have been extensively involved in community service since I became a lawyer. I have served on the Dallas Bar Association board of directors since 2010. I regularly serve as a CLE presenter and organizer. I have also been extensively involved in judicial internship programs. I was recently awarded the J.L. Turner Committed Mentor Award for 2016. I was honored with the Outstanding Mentor Award by Texas Young Lawyers and Dallas Association of Young Lawyers. I also received awards from Texas Tech and Texas A&M Law School for my work mentoring law students at those schools. I have been involved with the ABA Judicial Internship Opportunity Program and the DAYL program.

In the last 10 years, I have supervised over 175 law students, about a dozen economically disadvantaged high school students and about 20 new lawyers. I have also recruited judges to participate in these judicial internship programs. I organized the Winter Break Judicial Intern Job Fair over the last few years, where hundreds of law students have obtained interviews with Dallas County judges. Finally, I have served as the judicial liaison to the DBA Student Law Intern Program for DISD high school students where I conducted tours of the courthouse during the last eight years for that program.

I served as the Vision 2020 Committee Judicial Liaison, which was a committee charged with developing a long-term plan for the Dallas Bar, where I established a committee of judges to map out the challenges facing the judiciary over the next decade. I also lead the DBA Ad Hoc Committee on Updates to Local Rules. Th e committee draft ed proposed amendments to Local Rules which were approved by the Texas Supreme Court. As part of the DBA Law Day Committee, I have coordinated presentations for DISD students at the courthouse with a panel discussion and a mock voir dire presentation over the last eight years. Th is program was the only 2011 Dallas Bar project awarded a Star of the Bar by the Texas Bar Association.

Hoffman: I am a strong believer in the mentor and mentee relationship. My original legal mentor was Mike Metcalf. He was my supervisor at my first firm. He taught me the value of hard work and attention to detail. I also like to consider Dean Royal Ferguson and Judge Mark Greenberg as mentors. When I was in private practice, I always thought that Judge Greenberg had a remarkable judicial temperament. During frustrating times on the bench, I think of how Judge Greenberg would handle this situation. Dean Ferguson combines a love of the law with a respect for legal education. I admire his hard work and dedication to the UNT Law School. Aft er my time on the bench, I would also love to work in academia.