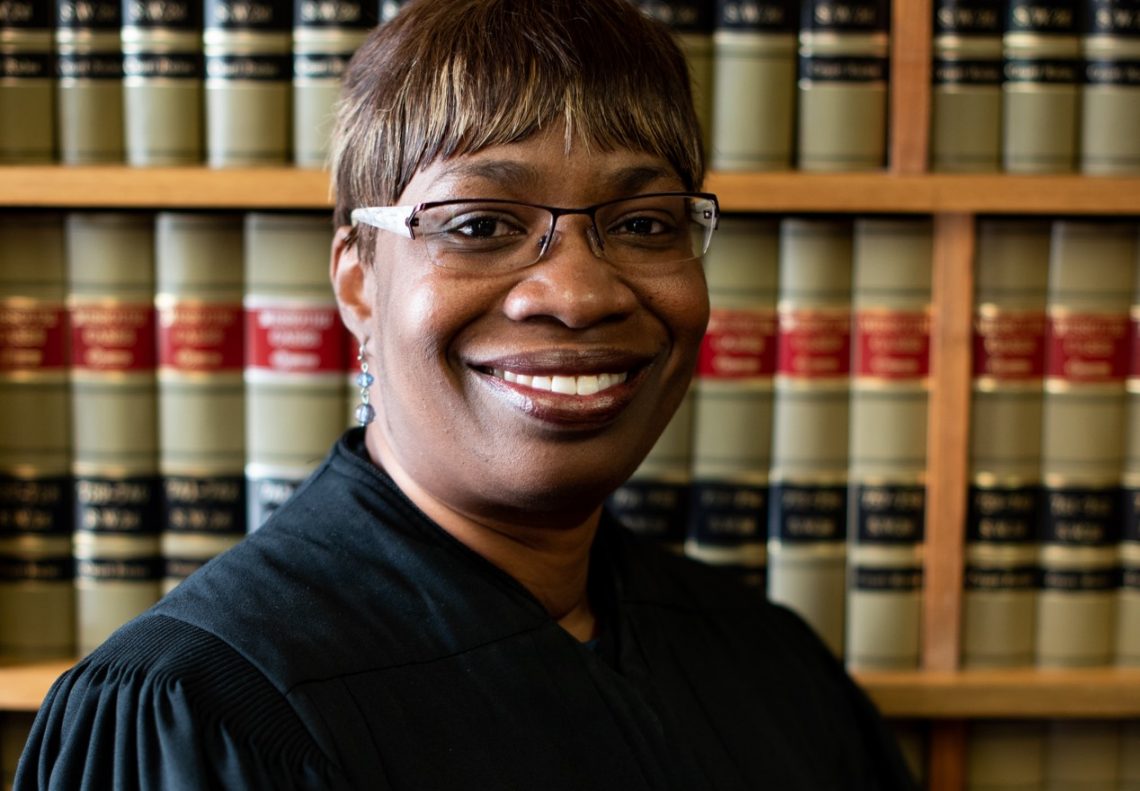 “If you’re worried about popularity this is not the job for you.” These succinctly sapient words convey an attitude and philosophy that has helped Judge Robin Ransom not only survive but excel in the judicial arena.

Recently appointed as the first African American woman to serve on the Missouri Supreme Court, Ransom expresses both pride and humility. “It’s been a whirlwind. I even had to apologize to the governor because when he called to tell me of the appointment all I could say was, ‘Wow thanks’,” she admits with a smile. “You know, in your mind you’ve applied and believe you have just as much of an opportunity as everyone else, but I’ve never worked to be a political person or to be liked by the ‘right people.’ I’m very happy to be liked and I’m OK with not being liked because I cannot control how you perceive me.

“I know that people find me a little different in that I don’t attend the big parties or conferences. I’m not on all the various committees, and that’s by choice. When I work, I work hard; when I’m not at work I’m having the time of my life doing everything else that’s not related to the law.”

An historical achievement certainly, but for the judge the work comes first and while she’s certainly well aware of the momentous significance of her appointment she finds it somewhat annoying that people feel the need to continuously point this out.

“Everyone kept wanting to tell me how big of an appointment this is and how ‘heavy’ it is, that I’m the first,” she explains. “I finally told one guy, ‘You act as if I don’t know.’ Believe me I know when I walk into a room it’s apparent to everyone there that I’m a black female.

It’s obvious how seriously Ransom takes not only this prestigious and important appointment but more importantly what she sees as her responsibilities and how she wishes to perform in this new role.

“I think the biggest responsibility for me being the first is to make sure I’m not the last,” she says. “You want to come in and do the best job that you can to dispel any negative notions that may be out there. I don’t go out looking for negativity. I don’t troll the internet to read other people’s impressions about me or the appointment. My narrative is written by me.”

Ransom’s career began in 1992 in the public defender’s office representing indigents and litigants. From there she was assigned to the Juvenile Court defending children until 1995 when she switched to the Prosecutor’s Office.

“People said, ‘Oh she’s going to the dark side,’” Ransom says with a chuckle. “Actually, it was a nice move because what I did even in the Prosecutor’s Office was child support enforcement, so it was still kind of a component of juvenile work.”

In 1996, she found herself in a somewhat unique position in Juvenile Court. “We call them attorneys,” she explains, “but you’re sort of a prosecutor/attorney for the judge in juvenile court. You represent the court in actions it has against the child, charged for instance with delinquency or an action against parents accused of some type of abuse or neglective behavior toward their children.”

Ransom was appointed to her first judicial position in 2002 where she served as a Family Court Commissioner. In Missouri this is a role designed to assist judges with the overwhelming caseload.

“We have the same responsibilities and abilities as the judges,” Ransom explains, “the only difference is that whatever orders and opinions that we give are considered recommendations that have to be signed-off on by the head judge of the court.”

With this extensive background and experience it wasn’t surprising when, in 2008, Ransom was appointed a circuit judge. In that role, she presided over criminal, civil and domestic cases. Then, in 2019, she was appointed to the appellate bench.

Order in the Court

Presiding over a court is a duty and stewardship that Ransom takes seriously, but not with inflated self-importance. Her comportment and tone, she acknowledges set the tenor for the entire courtroom.

“I’m very laid-back and I try to keep everyone calm,” she says. “Regardless of what might be going on outside my demeanor rarely changes because that’s how I keep myself centered on what I need to do. I try to be very cordial and I’m always very kind and respectful to everyone who comes before me. That being said, I also demand that they be respectful in return. It’s not me that you respect, but respect the judicial process.”

Certainly, every magistrate has encountered an unusually disruptive plaintiff or defendant, and although Ransom says this has rarely occurred in her court she does recall one gentleman who surprised her with his violent and virulent outburst.

“I can honestly say in all my 19 years I’ve only had one individual scream and curse me out in court, and it was so unexpected I just started laughing,” she recalls. “I sent him back to the cell for a couple months and when he returned, he apologized. Once he was calmed down and I had the chance to really listen to what he said, he had some good points! I ended up giving him probation.”

One thing Ransom is scrupulous about is maintaining a healthy division between her professional life and private.

“People have asked me what’s it like to be a judge,” she says, “and my response is that’s not who I am, that’s what I do in my profession. I’m Robin 24/7. Many people who are extremely close to me didn’t even know what my profession was until I got on the Court of Appeals, and they read about it in the newspaper.”

So how does a judge unwind after a long week of doling out justice?

“I’m a serious bowler,” she says. “I bowl about four days a week. I travel and bowl with a set team of people. We watch the professional bowlers I even travel to watch them in person. It’s just something I’ve done for years. Again, I did it in anonymity until that darned article came out in 2019.”

For the record, Ransom says she bowled her first perfect game on February 28, 2021. “It was great,” she says smiling, “everyone was there, and it was recorded. So, you know, it’s what I do and it’s the furthest thing from being on that bench and that’s what I love about it.”

As she looks to the future and her newest judiciary position Ransom takes on a more serious demeanor.

“There are going to be decisions that people don’t like,” she says, “that’s what the law is. I’ve made decisions that I don’t like but that’s what was dictated by the law in those particular instances. My job is to be the best judge on the Supreme Court of Missouri that I can be and to show the citizens and Governor Parson that their faith and trust in me is warranted.

“That’s a huge responsibility,” she adds, “but not one that’s going to make me crumble or shy away. I just think that I’m in this position for a reason and clearly I’ve been given this opportunity because the governor, God and anyone else who’s had a hand in it feels that it’s a responsibility that I can weather.”