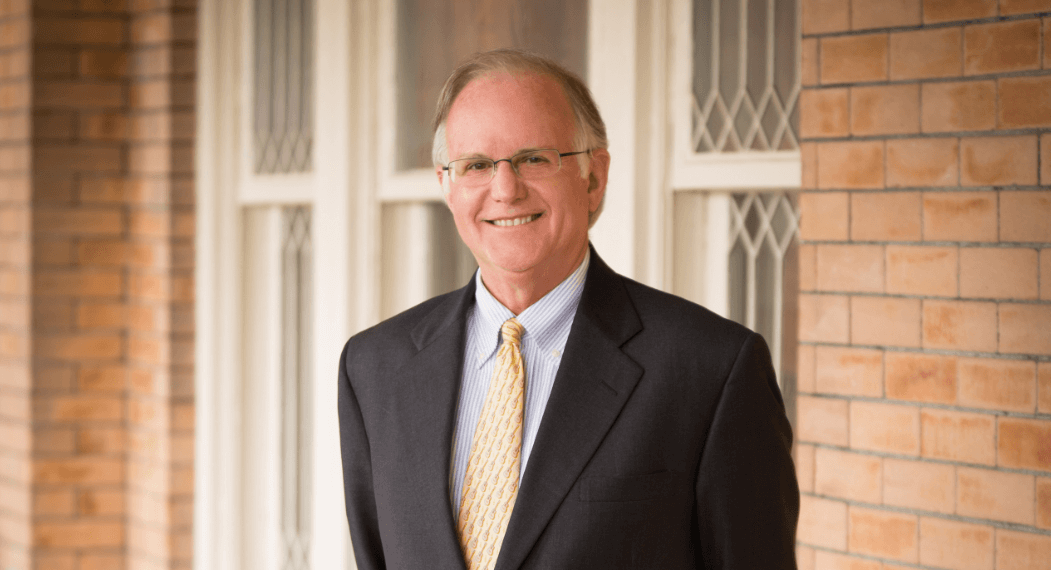 At an early age, Julian Bibb witnessed the incredible impact lawyers have on individuals and local communities, which paved the way for his desire to do just that. It wasn’t always the fast-track to law though, as Bibb contemplated teaching high school. He eventually settled on law and hasn’t looked back since.

Though Bibb came from a small community, he was mentored by some of the finest lawyers in the area. Now practicing for 39 years, Bibb has established himself in the primary areas of banking and real estate law. He has been with Stites & Harbison since 2001 – when his previous firm of more than 25 years merged its practice with Stites & Harbison. The merger proved successful as did the effects it had on Bibb’s clientele.

“After law school, I joined a firm in Nashville called Farris, Warfield & Kanaday,” Bibb explains. “Since the merger, I’ve been able to expand my practice because Stites has offices in several states. Now, the firm can expand the type of representation my clients need outside of Nashville.”

A wise man once stressed to a young and hungry Bibb that, “You work to live; you don’t live to work.”

According to Bibb, it was an important lesson on how to be a professional lawyer, while also living life to its fullest. “This wise man is my great friend and mentor, Charlie Warfield,” Bibb says. “He hired me out of law school. That friendship was significant in shaping my life. He is a great teacher.”

Bibb made good on that lesson, devoting a part of his career to the preservation of the Franklin, Tennessee community through various organizations.

One of his unique interests is in the preservation of historic land in the Franklin community – focusing on Civil War sites. In the early 20th century, farmland that once was the site of the battlefield was developed into commercial and residential areas. In 2004, a group of people led by Robert Hicks began to develop the idea of buying battlefield land and removing the improvements, transforming the area into public battlefield parks. Bibb has been actively involved in this group, Franklin’s Charge, for the past 12 years.

From buying local venues like a golf course to local office buildings and restaurants, the preservationists have been able to acquire significant acreage, and with involvement by the city, to create two Civil War battlefield parks which tourists and the general public can enjoy.

Franklin’s Charge is not only restoring historical and cultural significance to the city, the group is bringing in significant tourism revenue. “We bragged back in 2004 that 7,500 tourists came to Franklin to see our Civil War sites. In 2015, nearly 125,000 tourists came to see them,” Bibb says. They’ve gained national recognition for their efforts, appearing in National Geographic in 2005 and on news shows and other media outlets around the country.

Similarly, Bibb champions the cause of open space preservation through his work with The Land Trust for Tennessee. Bibb is a former board member of the organization started by Phil Bredesen and Jeanie Nelson and he acts as its legal counsel. Since its inception, the Land Trust has placed protective conservation easements on over 100,000 acres of Tennessee’s beautiful landscapes and farmland.

Devotion to preservation is not all that fills Bibb’s spare time; he is also dedicated to ensuring the stability of the future. Over his career, along with others, he has been involved in the formation of 27 nonprofit organizations involved in diverse segments of the community, including education, health care, racial reconciliation, recreation, housing, and community visioning and planning efforts. One of those organizations is Leadership Franklin. This organization, founded in 1996, takes 20 recognized leaders in Franklin and Williamson County each year and brings them together over an eight-month period to focus on issues facing Franklin.

Though he is humbled by the awards and recognitions he receives for his hard work and dedication to historic preservation and involvement in other local organizations, he is adamant on making one thing clear. “It has all been a result of teamwork. Lots of people contributing to making something work that others found to be worthy of recognition. None of us does it alone.”

Bibb also is blessed with a supportive family. He is married to Jayne and has four children and four grandchildren.

Though he devotes a lot of his time to his community, being able to give back is one of the best parts of the job for Bibb.

“I have loved the fact that my career has allowed me to give back to my community,” he says. “I love the Franklin community. Being a lawyer has enabled me to donate time and effort to helping worthwhile endeavors in Franklin and Williamson County. I have also enjoyed serving as a counselor to my clients and providing insight and judgment on particular legal problems that they have.”

Over 39 years of practicing law, Bibb has seen and experienced a lot. He has been eager to evolve with the changes.