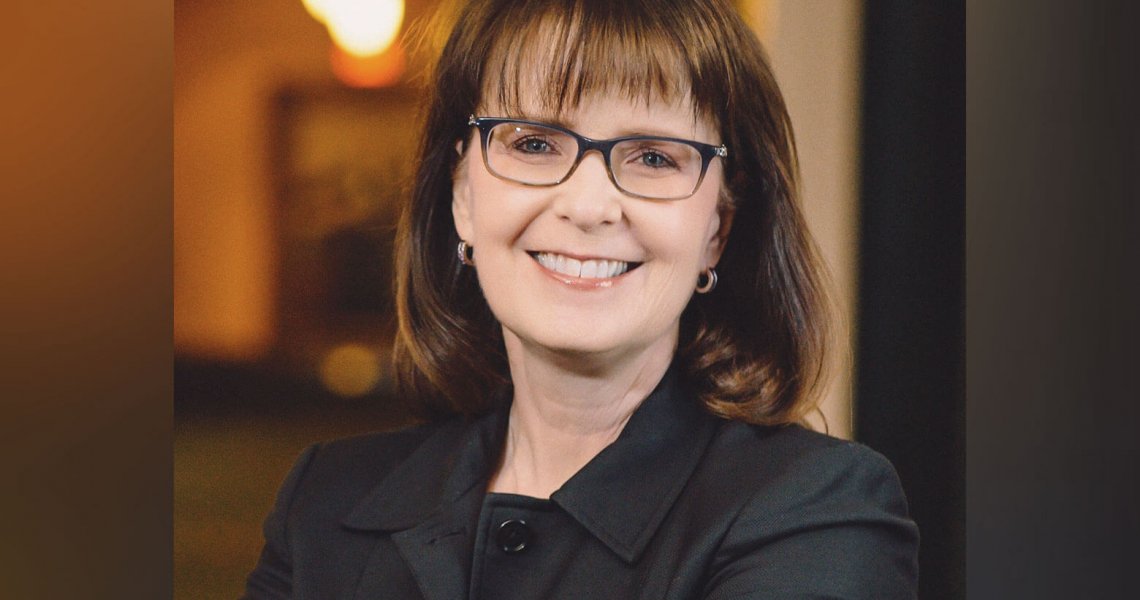 Attorney at Law Magazine sat down with Justice Judi French of the Supreme Court of Ohio to discuss her career and her perspective on the legal industry.

French: I grew up in a small town in Northeast Ohio, where there were only a couple of lawyers and none with any relationship to my family. I was editor of my high school newspaper and drawn to journalism. What I soon realized, however, was that both journalism and law involve finding answers: marshaling evidence, organizing it, and communicating it. Ultimately, I chose law because it added aspects of government and advocacy. I have never regretted it.

AALM: Tell us about your time with the Ohio Environmental Protection Agency.

French: I was chief legal counsel to the agency and one of five deputy directors. Among those deputies, it was my job to present the legal perspective. I learned how to manage people, communicate my position, and interact with the public and news media. At that time, T.C. Brown was a reporter with the Cleveland Plain Dealer. He would ask me questions over the phone, and I could hear him tapping away on his typewriter as I spoke. I sweated through a few of those interviews. It was a great learning experience.

AALM: Of your legal positions prior to your role as justice, lawyer, assistant attorney general, counsel to the governor and judge, which did you enjoy most? Why?

French: I have had some really fun positions as a lawyer and a judge. I was the section chief in the attorney general’s office for a group of very talented lawyers, and we represented the statewide elected officials as our clients. We defended state laws when they were challenged as being unconstitutional, so I was engaged in constitutional law, day-in and day-out. And as chief counsel to the governor, I was part of decision making that helped shape statewide policy. As a lawyer in state government, I was able not only to practice law, but also to apply the law in ways that improved the lives of Ohioans.

AALM: Tell us about your experience arguing two cases before the U.S. Supreme Court.

French: For a lawyer interested in history and constitutional law, nothing compares to arguing before the United States Supreme Court. In my first case, I represented Ohio, Michigan, and West Virginia against the federal government. In my second, I defended Ohio’s program for providing scholarships to low-income Cleveland students who could use them to attend private schools. The question was whether sending the scholarship to a religious school was constitutional. Both cases received media attention, but the education case was particularly important to low-income families and supportive groups around the country. For them, the case was about educational equality.

I worked hard at knowing everything I could before appearing for argument, but I also worked at remaining calm before the justices. The courtroom is smaller than you might expect, and the justices are very close. I had several practice sessions. I also developed techniques for visualization to help steady my nerves. Using the soundtrack to the movie “Gladiator,” I visualized arriving at the court, going through security, finding my seat, rising for the argument, waiting for it to begin, and then delivering a calm and persuasive argument. To this day, the opening notes of that soundtrack help me relax.

AALM: Understanding your passion for equal access to justice, what steps do you believe will be most effective in bridging the justice gap?

French: We need more resources (both money and people) for the agencies providing legal services to low-income Ohioans. We are seeing some great innovations in this area: a new Justice Bus, for example, that will take lawyers to rural areas, and a new website, OhioLegalHelp.org, where Ohioans can find information and direction.

AALM: What was your first reaction when Gov. Kasich approached you about being a justice?

French: I approached him! When a vacancy occurred, I applied for the position and went through two interviews before being asked to meet with Governor Kasich and his team. When he turned to me and said, “Well, we’d like to appoint you to the court,” I had to look to others around the table to make sure I had heard him correctly. It was an emotional moment. I was thrilled, and then suddenly anxious about taking on a new and important role.

AALM: What do you most hope to accomplish in your judicial role moving forward? In your position within the community?

French: When I first got to the court, I focused primarily on what I did as a justice—what cases to accept, how to vote, etc. But now, I focus much more on what I can do because I’m a justice—how I can support legal aid, what civic education resources I can provide to Ohio’s teachers, and how I can make the court more efficient.

AALM: Tell us about your relationship with the other justices? How do you work together?

French: The justices are scattered throughout the state, and we come together at scheduled times to hear arguments, discuss and vote on cases, and review proposed judicial rules. Each justice presents his or her own perspective, and our process allows every opportunity to express it. Our discussions are usually pretty spirited, but they are also cordial and professional. In Columbus on a Tuesday evening, you might see the seven of us out having dinner together.

French: Tell the whole story, even the parts of the story that are not in your client’s favor. When you appear for oral argument, answer our questions directly. We will be voting on your case shortly after argument, so it’s important to help us understand the issues and to address the points we raise. Stay calm, answer the questions, and you’ll do fine.

AALM: Tell us a little bit about the woman behind the robe. What do you do in your spare time? Do you have any hobbies?

French: I’m on the road constantly and enjoy audio books in the car. My recent favorite is “The Wright Brothers,” by David McCullough.

When I’m not traveling Ohio, I enjoy spending time with my husband and two children. We celebrated some big milestones this year—our daughter got married, and our son graduated from college. I took time away from my work to enjoy those celebrations. And when our schedules allow it, we travel as a family. We have traveled throughout the United States and especially enjoy visiting our national parks.

AALM: Have you had any mentors that have helped guide you over your career? What lessons have they taught you?

French: I was fortunate to have mentors as a young attorney at the Porter Wright law firm in Columbus. I learned from lawyers who are smart, well-prepared, and straightforward. I learned the value of a client’s trust. Lawyers who are uncooperative and delay the process unnecessarily are just wasting their client’s time and money.

French: Two heroes come to mind, although neither one would acknowledge being a “hero.”

Attorney General Betty Montgomery was a champion for me. She gave me the opportunity to argue those two cases before the United States Supreme Court and gave me the resources to do a good job. A generous leader freely gives information, feedback, time, and opportunities. She was a very generous leader, and I try to emulate that.

Columbus attorney Kurt Tunnell died in a tragic bike accident recently, and his death has focused my resolve to use any power I have as a justice to make Ohio a better place to live. Kurt gave his time and wisdom generously, and he changed lives. He offered this motto: “Leadership is a climb; learn from fellow travelers the art of being a servant leader.” I aspire to be that kind of leader.