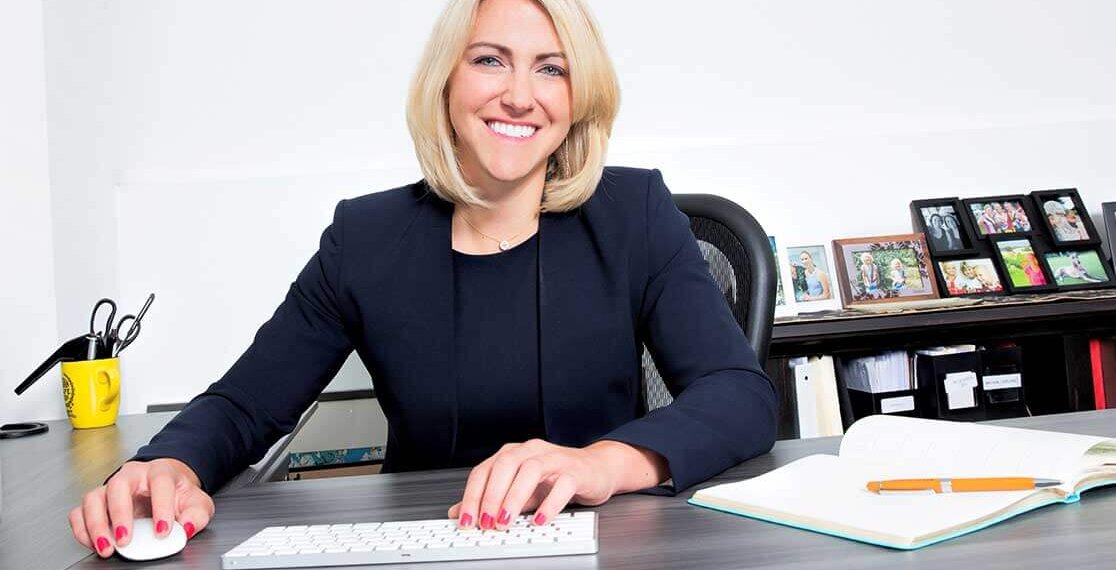 Attorney at Law Magazine Miami publisher Rhenne Leon sat down with Karen Lapekas of Lapekas Law P.A.to discuss her career and her plans for the future in the 2018 Women in Law special issue.

Lapekas: The beginning of my career looked like me driving to Miami with everything I owned in an old car without air conditioning. I drove down on a Friday and was over the moon that I was starting my dream job at the IRS Office of Chief Counsel on Monday. Days before I had taken my last exam to complete my LL.M. in tax at the University of Florida. I had $50 to last me until Tuesday. I expected to sleep in my car for a few days. I didn’t. I found a small efficiency on Pine Tree Drive in Miami Beach that was available for rent. When I told the owner that I would come back on Tuesday when I had money, she said, “What if you just put something down now and move in? Like…$50?” Thinking of that moment still gives me chills. It was 2009. Who moves into an apartment in Miami Beach with only $50 and a handshake? That was perhaps the most important moment of my career. In that moment my faith became immovable. I knew that as long as I was moving in the right direction, I would be okay, even if I was alone, my nearest family member was 1,000 miles away, and I did not have lunch money for my first day of work at the IRS! (But, of course, I did eat. The office welcomed the new attorney with a pizza party.)

Karen Lapekas: Tax law is still predominantly male. That’s not just my opinion. I recently became board certified in tax law by the Florida Bar. I reviewed the list of other attorneys in the state with this designation. Out of 207 attorneys, I was one of only 16 women. I can’t say that this surprised me, however. I have been to numerous tax law meetings over the years where I have been the only woman in the room. I often felt like I didn’t belong and questioned whether I would ever be able to “make it” in tax law. Fortunately, those feelings were fleeting. I have received tremendous support from the men in these rooms. They have become my mentors and the people I call when I need a second opinion.

Of course, I have heard my share of inappropriate comments when I was the only woman in the room. At one meeting of tax lawyers (that I was leading), while I was speaking to the group, one attorney whistled at me and commented on my appearance. He was an older gentleman and had perhaps one too many glasses of wine. I had actually had cases against him when I worked with the IRS and had nothing but respect for him. His lapse in judgment in that moment did not change that. I shook my head, sighed, and said, “Oh, Mr. So-and-so….” I did not have to say anything. I knew he probably went home and felt far more embarrassed than I was during that moment.

Karen Lapekas: While my current mentors in tax law are men, I am forever indebted to a woman whom I met only a handful of times, Frances Sheehy. Her career looked a lot like mine. After law school, she joined the IRS Office of Chief Counsel in Miami and later started her own law practice. However, her career in tax law began in 1987, when there were even fewer women in tax law. I admired her for her spotless reputation and the respect that tax attorneys around the state had for her, something she built on her own as a solo practitioner. Unfortunately, just as I left the IRS and began building my own practice, she was winding down hers. Like most people in the tax community, I did not know why. The evening when I was leading that meeting of tax attorneys and one of them whistled at me was one evening I especially missed Fran’s presence. I wondered how she would have responded. I knew for certain that she would not have just sighed and dismissed it like I had. Little did I know that she was suffering from cancer. One day, she called to ask if I would like her old tax law books. She only said that she was winding down her practice and she mailed the books to me. I wished I had asked her why and I wished I had thanked her more. She passed away last year.

Soon thereafter, a potential client came in for an initial consultation. He asked me no questions before signing the retainer agreement. He said that Fran recommended me and that was all he needed to know. When he left my office, I cried. Really cried. I don’t know what Fran saw in me, but I knew we understood each other. I may have learned to work in a man’s world but there was nothing more touching than having the support of a fellow woman.

AALM: What compelled you to start your own practice.

Karen Lapekas: After almost four years at the IRS, I saw a void in the community that needed to be filled. There were too few attorneys who handled IRS matters. Those that did were getting older and their calendars full. Thus, their rates were getting higher. People that could not afford a good attorney often, regrettably, turned to “tax relief” companies that advertise on TV and radio. I knew there would be hundreds of people lining up to fill my spot at the IRS, but I did not know of any young attorneys in small to mid-sized firms that represented clients before the IRS.

Karen Lapekas: Low overhead. I value free time over expensive things. Not being weighed down by costs allows me to be selective with my cases, do more pro bono work, and travel. Over the past year I spent a total of 11 weeks in Europe. To manage work, I stayed connected and worked a bit every day. The best part? I actually spent less money abroad than if I had stayed home!

Karen Lapekas: My most important work outside of the law has been as a “Big Sister” through Big Brothers Big Sisters. I have been a big sister to Anahay for over six years. Seeing the difference one person can make in a child’s life, I got more involved in BBBS. I have been a board member and/or treasurer of the Miracle Society for BBBS for several years. In the legal field, I represent children in dependency proceedings through Lawyers for Children America, serve as the pro bono chair for the calendar call program in the U.S. Tax Court (Miami), and am on the board of Legal Services of Greater Miami. I am also the chair of the South Florida Tax Litigation Association and frequently speak on tax controversy and tax litigation topics for various organizations.

Karen Lapekas: The happiest moment in my career was calling a client to tell her that the IRS agreed that she did not owe over $1 million. Rather, she owed nothing. She had lost sleep over the issue for years and the stress had taken a toll on her health and relationships. I could not have been happier for the result because of what it meant for this woman’s peace of mind.