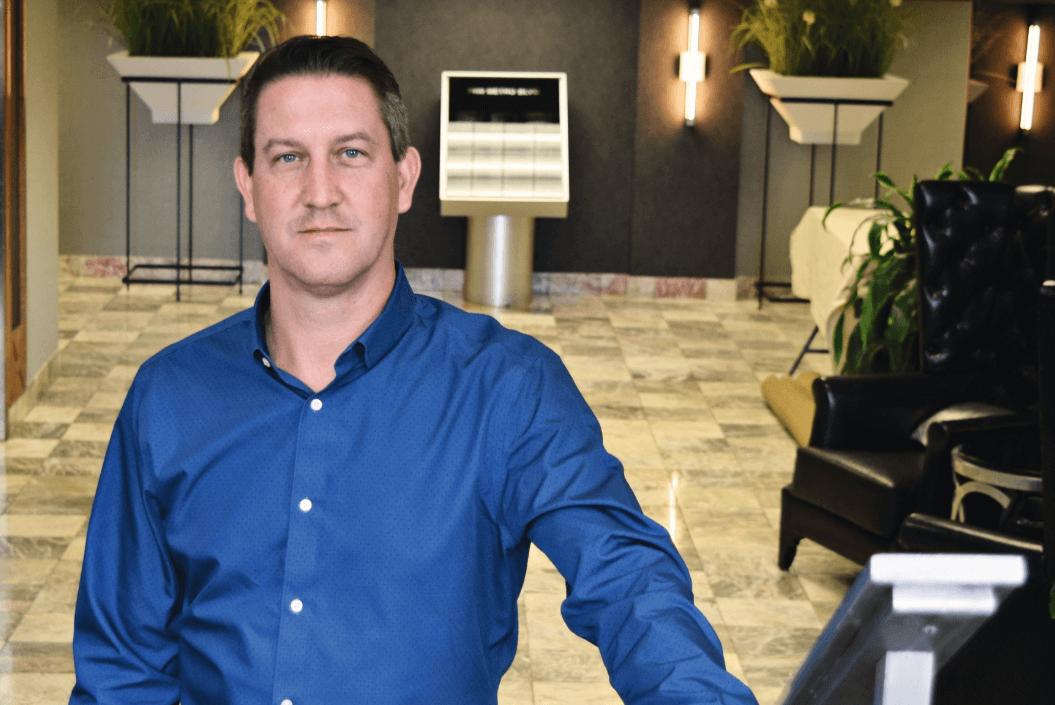 For many solo inventors and small business people, protecting their ideas and getting them to market feels like an impossible task. The vagaries of the patent process mingled with uncertain costs, along with the threat of competitors or unscrupulous rivals looming, can frustrate innovators and deter them from perfecting and protecting their creations.

Fortunately, someone is there to help protect ideas that are changing the world. Attorney Sean Kaufhold, founding partner of boutique firm Kaufhold & Dix Patent Law, has dedicated the bulk of his 20-year legal career to helping people protect their intellectual property as simply and as cost-effectively as possible.

Kaufhold is himself an innovator, who has pioneered a flat-fee, complete service legal model that includes filing, patent drawings and post-filing patent office actions. There are no hidden surprises here.

“I’ve always had the mantra – be of service. When we say flat fee, we mean it. Even I’ve been burned by an attorney bill out of the blue. If I’m an inventor, and I file an application, I know it’s going to be two years before I hear from the patent office. Then, if I get a notice of rejection, I don’t want a bill for $2,000 on top of it. I prepare clients for the fact that 80 percent of applications filed are rejected on the first go. I don’t want to add insult to injury by sending them another bill.”

It also happens that Kaufhold & Dix have had over 1900 allowances, so clients are in good hands when it comes to handling a wide variety of inventions.

Representation of clients seeking patents, trademarks or copyrights begins with a free consultation during which Kaufhold engages in candid conversation with clients about their objectives and options.

“My typical client has one of two goals,” Kaufhold said. “They want to file because they don’t have the means to make their product themselves and need to get a licensing agreement, or they want to keep the big boys off their backs. One of the big questions is always, ‘Is it worth it to spend the money? I can’t afford to defend myself from the big guy anyway.’ I’m honest with clients and don’t convince them to file if they don’t need it. If I have a choice as an attorney, I prefer sitting with the guy who has the patent, and innovators can always find ways to enforce their rights. But there are those times when I advise someone not to spend their money on me.”

While Kaufhold represents the interests of startups to enterprises worth many millions of dollars, his straightforward, down-to-earth style mirrors the values and mindset of his unique client community.

“I’ve worked with one too many attorneys who showed up in a suit every day and treated the customer as a commodity as opposed to a person. I’m not here to put on airs; I’m here to help. I meet with clients in a button-down shirt and jeans. They don’t come in wearing a suit, and they don’t want to be paying for a suit, either. These are people who are getting their hands dirty making stuff, and I’m just a regular guy who’s here to help.”

Kaufhold is licensed to practice in both Minnesota and South Dakota, and he maintains offices in Edina and Sioux Falls. He and his partner, Brendan Dix, are assisted by an efficient legal staff and will soon be welcoming a patent-agent-turned-attorney as a new associate. Together, they have helped people with great ideas obtain more than 1,900 patents for mechanical, chemical, biological, electrical, design and other novel inventions.

Kaufhold enjoys practicing in this low-conflict area of law and often writes patent applications in a single sitting. While he is keen on history and writing, he also has a scientific mind and draws upon his undergraduate degree in chemistry to parse through complex, new ideas.

“When I’m writing a patent, I enjoy it. I feel like I’m creating something.”

He added, tongue-in-cheek, “I often say the only compliment I’ve received from Brendan is that I am the only chemist he knows who can write a mechanical patent application.”

Outside his law practice, Kaufhold maintains a colorful array of interests, from playing golf, to world travel, to enjoying fine food and craft cocktails. Perhaps his quirkiest hobby to date is that of collecting and maintaining pinball machines.

“I like to rip them apart, fix them, and put them back together and modify them. I have a Star Trek Next Generation machine. I took the back glass out and went to a Star Trek convention in Las Vegas where I had it signed by the cast. There are few times when I’m more content than when I’m soldering wire in a pinball machine.”

A common quality Kaufhold admires in his inventor clients is their fortitude.

“The success of the invention is usually tied to the inventor,” he said. “It’s the inventor who never stops, who won’t take no for an answer, that will get his invention into the stream of commerce. I find it exciting when a client makes money.”

This is yet another parallel between Kaufhold and the people he represents. Raised in Shakopee in a family of limited means, he did well in school and overcame the odds to become a legal professional. He began his career working for an intellectual property firm, spent two years as in-house counsel for TaylorMade Adidas Golf in California, and then returned home to the Midwest and began his own practice. Kaufhold’s lifelong perseverance and willingness to reinvent himself are hallmarks of his successful and enduring career spent protecting ideas that are changing the world.