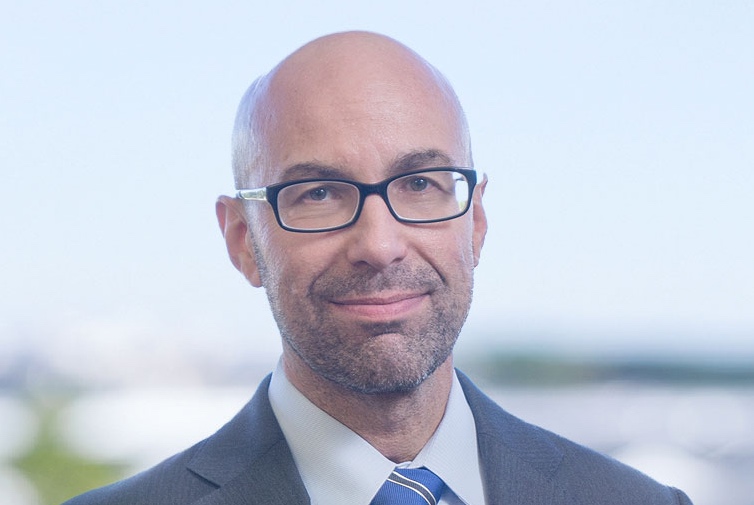 Local heart attack survivor John Harrity, managing partner of Harrity & Harrity, LLP, has launched a campaign to raise awareness and support for the American Heart Association with a unique challenge, dubbed the “Keep the Beat Challenge.” The campaign kicked off February 1 in alignment with the start of American Heart Month, a federally designated program founded in the 1960s to raise awareness of the prevalence of heart disease, the leading cause of death in the world today.

The challenge began with a video featuring Harrity performing an original rap about the disease, after which he challenged several others to “keep the beat going.” The challenge is intended to encourage communities nationwide to focus on heart health, educate individuals on preventing heart disease, and generate support for the American Heart Association.

The cause is particularly meaningful to Harrity, who, despite showing no risk factors for heart disease, suffered a near fatal “widow-maker” heart attack in 2016.

“I was in the best shape of my life, and I experienced the worst type of heart attack you can have. Hours later, at the hospital, my situation got gravely worse. I experienced bleeding into my lungs, which sent me into respiratory distress, and eventually led to multiple organ failure. During that first day in the hospital, my wife was told more than a half of a dozen times that the chances of me surviving were very slim. My cardiologist said the odds of me making it through those first few weeks were a million to one,” said Harrity.

Harrity was fortunately with friends, who quickly called 9-1-1 and administered CPR before the ambulance rushed him, unconscious, to the hospital. Harrity spent three weeks in a coma and an additional five weeks of grueling recovery in an intensive care unit in Virginia. Despite his doctor’s unfavorable odds, Harrity survived the attack and made an incredible recovery. His unlikely rehabilitation compelled him to implement a giving back initiative at his firm, with a focus on the crucial work of the American Heart Association.

“From the second I woke up and understood what had happened, I was laser focused on two things: getting back to 100% and ensuring that I don’t waste my heart attack. If I just went back to my old way of life, then this traumatic experience would have been for nothing. I have no intention of wasting my heart attack. During the following five weeks, as I lay in intensive care regaining my ability to speak and move, my twin brother and I had many conversations. We knew we needed to do more, we needed to be purpose driven. It was in that bed at Fairfax Hospital that the foundation for Harrity 4 Charity, our giving back initiative, was born.”

However, Harrity wasn’t done there. Inspired by the success of the “Ice Bucket Challenge,” which raised over $115 million in one summer for the ALS Association, Harrity crafted the idea of Keep the Beat. The goal of challenge is to spread awareness of the reality of heart disease and the mission behind the American Heart Association. One hundred percent of donations raised by the challenge go directly to the American Heart Association through a text-to-donate number and heart.org webpage and will fund research, prevention, and treatments of this universal killer-instrumental factors in decreasing the shocking mortality rate by heart disease and stroke worldwide.

“When you participate in the Keep the Beat Challenge, you are supporting the American Heart Association, and serving as a beacon for others to support our lifesaving mission in a unique and powerful way! Thank you for joining us in the fight against heart disease; the number one killer of all Americans. Together, we are a relentless force for a world of longer, healthier lives!” said Soula Antoniou, Executive Director of the American Heart Association.

To participate, upload a video to social media of yourself keeping a beat in honor of American Heart Month and challenge at least three others to do the same. Tag and follow the Keep the Beat Challenge on Facebook, Instagram, and Twitter and the hashtags #KeeptheBeat and #Harrity4Charity to watch challenge videos and learn more about the campaign.

To hear John’s whole story and to donate to the Keep the Beat Challenge for the American Heart Association, visit https://harrityllp.com/harrity4charity/keep-the-beat-challenge/.