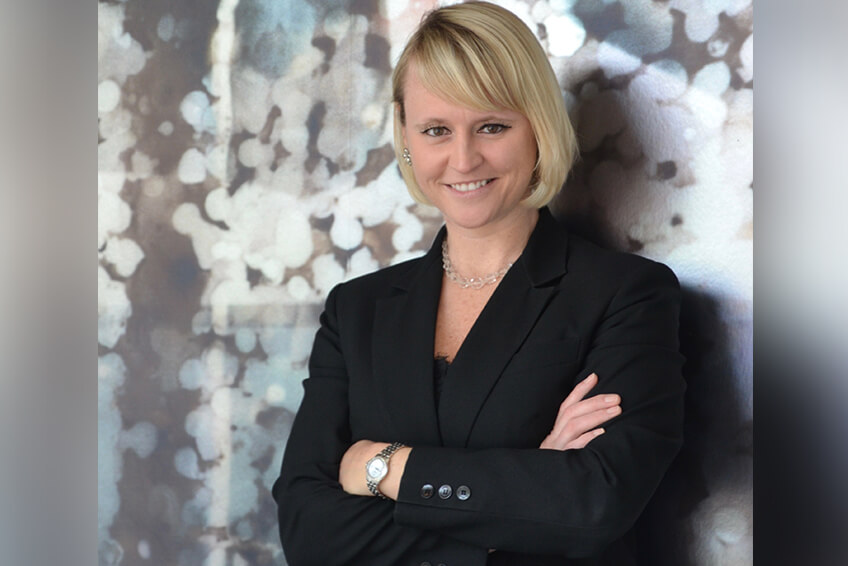 After more than a decade as a successful criminal defense attorney, Kelly Keegan made a bold move this year when she established her solo practice, Keegan Law Office. “I had to overcome a lot of fear to create this for myself,” she admitted. “It’s not always easy to effectuate change, but at some point, you have to take a bet on yourself. Starting my own practice has exceeded my wildest expectations.”

Keegan represents clients in criminal matters from minor traffic offenses to serious felonies, and she has a robust post-conviction practice in matters spanning expungement, probation violations and gun rights restoration. “I saw a need for expungements early in my practice and took off with it. It’s a practice that requires a lot of attention to detail, and the laws have changed drastically over the years. From 2008 to 2014, I was the legislative chair for the Minnesota Association of Criminal Defense Lawyers (MACDL), and in 2014, I was part of a group that helped shaped new law. I now give CLEs on creative solutions for dealing with expungements.”

Currently, Keegan serves as vice president of MACDL, and she will assume the role of president in March 2019. She enjoys the distinction of being one of the youngest presidents in the organization’s history. She has also been named a Super Lawyers Rising Star from 2012 to 2018.

Although many of her clients are accused of violent crimes including drug offenses, domestic violence and sexual assault, Keegan strikes the right balance between tough advocate and compassionate counselor. “In criminal defense, sometimes it’s not so much about winning as about getting a result. I care deeply about my clients, and whatever the crime, I realize they’re a person whose life is affected. I’ve learned that humans are not good at dealing with unknowns. I spend a lot of time explaining what’s going on, since when people know what to expect, their anxiety decreases considerably.”

Keegan says that in the view of many, being an effective criminal defender requires certain street smarts and swagger, and that most picture a man in this role. She believes that women not only possess these qualities, they can simultaneously bring a softer touch to the practice. “When it comes to domestic assault or criminal sexual assault, women provide a different dynamic. I think we can more easily cross-examine children, for instance. It has a different feel than an older, white male asking them what happened. I know amazing women in this field who inspire me every day. In the last couple of years, I’ve had experiences where every one of us in the courtroom, from the attorneys to the judge, were women.”

I know amazing women in this field who inspire me every day. In the last couple of years, I’ve had experiences where every one of us in the courtroom, from the attorneys to the judge, were women.”

Keegan credits attorney Carolyn Agin Bruno with providing support and being an inspiration as a strong female in the field. Keegan now pays it forward by giving time to other young attorneys who are coming up in the law. “Carolyn was one of the only women in private criminal defense at the time. She did so much to help me along the way.”

One of the things Keegan values most about her solo practice is that she gets to work on terms she defines.

She is unapologetic, for instance, about claiming weekends for herself. “I’m not married, and I don’t have kids, so people always say, ‘Why aren’t you working on the weekend?’It’s because I have a life. I have fantastic friends, and I travel and do fun things that are important to me. Nobody on their death bed ever says, ‘I wish I’d worked more.’My parents drilled into me that you work to live, not live to work. In private practice, it’s easy to lose sight of that since you can work every minute if you want to.”

Keegan has a few words of advice for women who are thinking about starting a solo practice: “Name your fear, claim it, and create the life you imagine.”