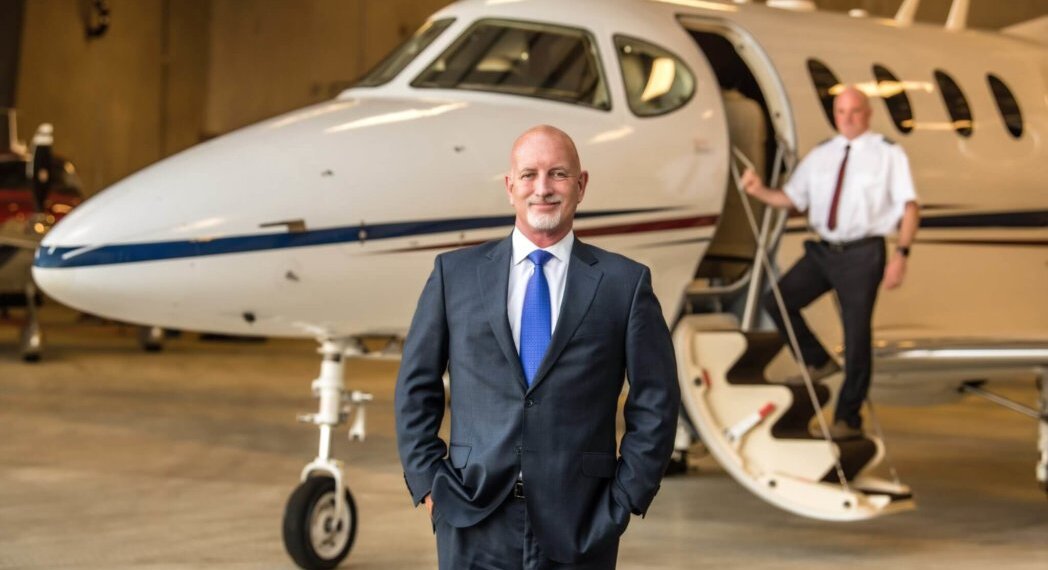 “I like to think that I’m hitting my peak. If anything, I’m more passionate about what I do as a lawyer. It seems like everything in my life is coalescing.”

There are very good reasons why attorney Kevin Neal, a shareholder at Gallagher & Kennedy feels this way. Definitely at the top of his game after more than 30 years representing clients in the areas of wrongful death and personal injury with an emphasis on aviation crashes, medical malpractice and product liability, Neal’s zest for life, adventure and giving back have never been greater.

Being involved in the community has always been a larger part of who Neal is outside the practice of law. Always an advocate in the courtroom for people and families wronged by powerful organizations and large corporations, Neal has a remarkable record for obtaining outstanding results on behalf of his clients and his representation has led to significant multimillion-dollar recoveries. As Neal points out, his involvement with his clients does not end when the case is over. His compassion for those whose lives have been grievously impacted has led to an even larger circle of influence.

“I feel more fulfilled as a person and a lawyer helping people that have gone through a serious tragedy,” he says. “Being able to help people beyond the lawsuit is an important component of what I do as a lawyer. When someone’s gone through a catastrophic injury or lost a loved one it’s not just a financial hit, it’s an emotional one and when you can be a counselor and help them through that process well it just feels rewarding. It’s certainly not something they trained us for in law school, but over the years I’ve recognized that it’s an important part of being a trial lawyer.”

Many of Neal’s clients have been hospitalized with extreme injuries. Because he’s always taken a deeper interest in his client’s welfare, well beyond the courtroom, Neal has experienced first-hand the care, support and even rehabilitation these people go through. This interest and concern led Neal to another passion and one about which he’s always enthusiastic to speak about.

“I got involved with Valleywise Health after so many of my clients were treated at what we used to call our County Hospital,” he says. “I’m handling a case now for a flight nurse who was involved in a helicopter crash and was treated in the Trauma Center. I’m also representing a propane tank explosion survivor who was treated at the Arizona Burn Center, which is part of Valleywise. After working with the doctors and other healthcare professionals who have given so much to our community, I felt the need to become involved in efforts to support their work.”

Neal now helps to raise both awareness and financial support for Valleywise. Neal was invited to serve on the board of directors for the Valleywise Health Foundation. The Foundation is a 501(c) charity which supports the mission of Arizona’s only public safety net medical facility, the Arizona Burn Center and the largest teaching hospital in the region. Thanks to his tireless efforts and obvious dedication, this January he was elected as chairperson of the foundation.

“Valleywise Health Medical is our only public teaching hospital,” he says. “Valleywise Health Foundation supports our county’s safety-net health care system that includes the Maricopa Medical Center, Arizona Burn Center, Level 1 Trauma Center, two behavioral health centers and 13 neighborhood clinics. Access to quality healthcare is a major issue in our community. Our County Hospital not only provides access to care, but also trains more doctors than any other hospital in the Valley. The foundation is there to help the people in our community who need healthcare the most but can afford it the least.”

While a lot of people talk about giving back or support various causes by attending events or donating money, Neal truly puts his heart and time into the foundation. Most recently, Neal was on hand to speak at the groundbreaking ceremonies of the highly anticipated new $900 million medical center at the Roosevelt Campus. The state-of-the-art medical center will be constructed adjacent to the current medical center will be approximately 673,000 square feet, 10 stories tall and will feature the same services for which the health care system has come to be known.

Integral to raising both monies and awareness for this impressive undertaking, Neal has been at the forefront of the goal of providing the resources necessary for Valleywise to deliver exceptional healthcare to every patient, every time and without exception.

“It’s really a big part of who I am,” he says. “I spent all day at the dedication recently, I’ll be in meetings all day this Friday, there are several days a week and many hours I put in making sure this great public health system gets the support it needs. Valleywise helps so many people; first responders, the under-insured and the uninsured. They do great work and don’t have a big publicity budget so you don’t hear about them as much as you should.”

This year’s fundraiser is unlike virtually anything seen before. A far cry from formal dinners, galas and silent auctions, what Neal has planned is not only exciting and inspiring but is in perfect alignment with his own adventure-seeking nature.

“We’re taking a dozen burn survivors and medical staff from the Arizona Burn Center on an expedition up Mount Kilimanjaro in Tanzania, Africa. We’ve had to push back our original date due to the coronavirus, but we’re working on rescheduling now,” he says. “All of it is to raise money and awareness of the Arizona Burn Center as part of their Wellness Program for burn survivors.

“The medical staff developed this Wellness Program and it’s really geared toward patients after they leave the hospital,” he continues. “They want to make sure they are doing well both mentally and physically, because burn survivors struggle with a lot of issues people aren’t familiar with unless they’ve been through it. So, we’re taking on a bucket list item, showing that burn survivors, even with their injuries can do anything.”

Anyone who knows Neal would not be surprised by this ambitious undertaking. An all-or-nothing kind of guy, Neal works hard and when he’s not working, he is what many describe as a thrill-seeking adventurer.

“I work six or seven days a week,” he admits. “I work out of my home office and my clients have my cell phone number so I’m on call 24/7 but I’ve always had outside interests and activities that provide a kind of adrenaline rush that help me balance the stress of work. Being a trial lawyer is immensely satisfying, but also extremely hard work. So, my time away from work is important.” 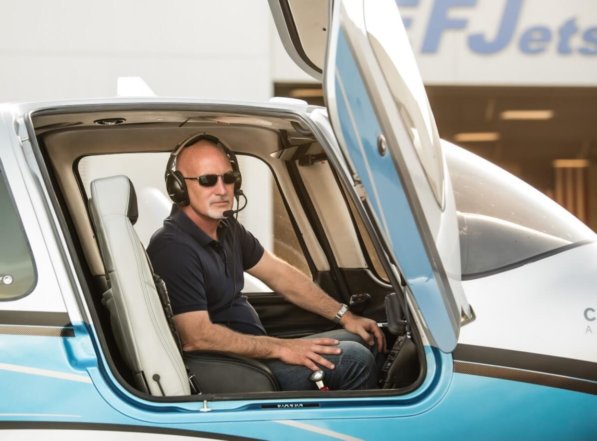 One of Neal’s favorite pastimes led him to one of the areas for which he’s considered an industry expert. “A main focus in my practice is aviation law,” he explains. “I have handled plane and helicopter crashes for many years.” As Neal explains “I’ve been a pilot since 1983. Right now, I fly almost weekly for fun or on business. Flying as a pilot gives me a unique insight into aviation law and crash investigation.”

But flying is just part of the story. Neal also enjoys scuba diving. “I’m a Dive-Master rated scuba diver, I’ve done marine archeology which actually led to my being accepted into the New York Explorers Club.”

He’s also led several expeditions to plane wrecks in challenging locales including oceans and mountain lakes. “I led an expedition into the Sierra Nevada Mountains to locate a World War II Bomber crash,” he recalls. “The team had to climb a mountain and then execute a high altitude dive to survey the wreckage. Standing by the shore of a mountain lake at 12,000 feet where few if any had been before, and bear witness was poignant and gripping. The loss of the young airmen who died in the crash reminded me of the high toll it takes. Flying into a mountainside at night is just as deadly as flying into a hail of enemy gunfire—and just as painful for the families of those killed. Perhaps even more so when years pass before the survivors knew how their sons’ lives ended.”

As if that weren’t enough, his expertise with firearms led him to become a firearms instructor, avid hunter, competitive shooter and an active member in the Scottsdale Gun Club. He is a former member of the Maricopa County Sheriff’s Advisory Posse, and qualified through the Sheriff’s Academy as an Armed Posse Member. One could go on, like to mention his team roping days, skydiving and at least a half-dozen more daring exploits, but you get the point.

Despite what is obviously a full slate of work and hobbies, Neal always finds time for those who mean the most – his family. “I’m a newly-minted grandfather,” he says beaming. “I have a beautiful wife, Michele, and we have four grown children Jordan, Taylor, Tiff any and Jackson. Taylor and her husband Kevin Baker just presented us with our first grandchild, Beckett.”

On top of that Neal and Michele have three dogs they take hiking several times a week.

Neal has fond memories of his own childhood growing up with his younger brother in Kansas. “I guess one of my earliest memories is going out on our ski boat with our parents,” he says. “We learned to swim at an early age and our family vacations were at lakes in the Midwest. I have always loved the water and later I bought a sailboat that I kept in San Diego for several years.”

From boats to soaring through the clouds to tackling some of the most challenging cases imaginable, Neal is without question a driven man.

“I’m a hard charging kind of guy,” he says. “I’d like to think that when I come to the end I don’t want to have regrets like I didn’t take a case, go on an expedition or attempt something that I wanted to but let fear stand in the way.”