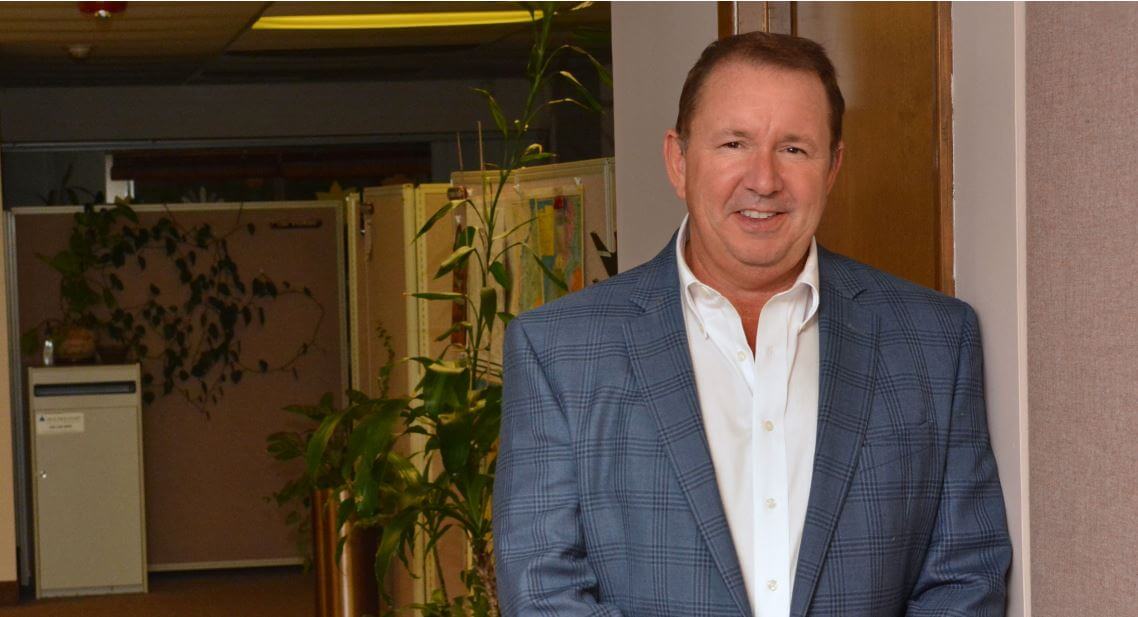 When Kevin Prendergast graduated from Cleveland- Marshall College of Law in 1987, he never imagined that he would be CEO of a well-established corporate intelligence firm. But looking back over almost a 30-year professional career, he realizes that everything he had done to prepare for his legal career has provided him all of the tools necessary to succeed in his current role.

“My company, Research Associates, performs in-depth, worldwide investigations for the professional service industry, including the largest auditing firm in the world and the fourth largest law firm,” he says. “We serve firms that deliver excellence to their clients and they expect the same from their investigative partner.”

Indeed, Research Associates has an impressive list of clients from all corners of the world, including two top 10 national law firms, 10 of the 20 largest accounting firms and other firms of all sizes.

“These firms need timely and accurate information in order to make critical business decisions for their clients and their own operations,” he says. Research Associates has been delivering that information since 1953. Their investigative services include prospective client inquiries, competitive intelligence investigations, business due diligence and in-depth employment screening.

A HOUSEHOLD FOCUSED ON EDUCATION

Raised by Irish immigrants, Prendergast always knew he wanted to pursue a career in the law.

From the time he was a child, education was the number one priority in the household. “I would get in far less trouble for getting into a scrape at school than I would for bringing home a bad report card,” he says.

Prendergast attributes much of his current success to a decision he made in eighth grade. “I was usually a B student in grade school and did well without really working too hard. But I decided to attend Saint Ignatius High School and that decision really sent my life on its current trajectory.”

The combination of a rigorous high school curriculum and the exposure to Jesuit values of service to others and personal excellence has served Prendergast well. Prendergast went on to obtain a Bachelor of Science in journalism from Bowling Green State University prior to obtaining his Juris Doctor.

“I grew up in a working-class neighborhood where most of the kids did not go to college. I was very blessed to have parents that stressed the importance of getting an education and would not accept anything less than our best,” he says. “Skipping college was not an option.”

Prendergast began his career working at the law firm Climaco, Climaco, Seminatore, Lefkowitz & Garofoli in Cleveland as an employment lawyer. The firm was undergoing significant growth at the time.

“The camaraderie was great and I have life-long friendships from that period of my career. We worked long hours and the expectations were high, but the partners there never asked us to do anything that they weren’t doing,” he said.

While working at the firm, Prendergast met two of the most influential people in his career other than his parents. He described senior partner John Climaco as an attorney passionate about delivering exceptional services to clients.

“I thought I was a good writer until I experienced the red editing marker of Mr. Climaco. I sometimes think I learned more about the practice sitting in his office than I did in school. He took my skills to another level,” he says.

But Prendergast cites Anthony Garofoli as one of the major influences in his life and career. He describes Garofoli as a renaissance man who was a highly skilled lawyer, accomplished musician and even a gourmet chef.

“Tony had a way of reading a situation and the people involved and then using that knowledge to get a desired outcome. His mind was always three steps ahead of the next person in the room,” Prendergast says. “If I tried to write down everything I learned from Mr. Garofoli, I would be writing for the next 10 years.”

Following six years of dedicated practice, Prendergast took a step back and evaluated his future. He decided to join Research Associates Inc., a corporate intelligence firm, as general counsel, leaving private practice behind.

“In 1994, it was a small firm servicing some of the largest companies in the world,” he says.

Since joining the firm more than 20 years ago, Prendergast has seen an evolution in the field and now stands at the firm’s helm ready to lead it forward into a global economy.

“After 9/11 security in America completely changed and safety in the workplace moved to the foreground,” he says. “This brought companies like ours to the foreground – putting an emphasis on screening people and companies with whom you interact before you grant them access to your people, facilities and clients. You have to know who you are dealing with in today’s global business environment.”

After purchasing the corporation, Prendergast took a look at the firm and envisioned the culture he wanted to incorporate and groom moving forward. He knew the foundations to a strong corporate culture would incorporate respect for employees.

“Our strength is in our people,” Prendergast says. “I think that really shines through in our firm.”

Putting this belief into practice, Prendergast writes a personal card to each employee on his or her birthday and gives them leave to celebrate their day outside of work. He also handpicks holiday gifts for each employee.

“It’s not just about the big days,” he says, “creating a culture is about respecting your people every day. I think we have a firm that supports our employees and in return, they support the company.”

Personally, Prendergast finds his joy in growing and overseeing the success of his firm. “It is really my passion,” he says. “This isn’t a profession. It’s who I am.”

As Prendergast looks back on his experience, from journalism school to time spent as an employment lawyer to the sharp edge of John Climaco’s pen, he realizes that he is exactly where he needs to be. The firm has grown to over 70 employees at its corporate headquarters and over 200 field representatives worldwide.

Now that his children have left the nest, Research Associates has become his “baby,” pulling most of his attention and his energy. According to Prendergast, the firm and its clients are his main focus – and that means building relationships.

“The years spent raising my three daughters were the best of my life,” he says. “But children have this habit of growing up and getting on with their lives. The energy I once spent teaching, coaching and playing with them is now directed toward my firm.”

Prendergast regularly makes personal visits with clients to stay abreast of their changing needs and spends quite a bit of time on the road. “I am old school and believe that you have to have a relationship with your clients,” he says.

He notes that a major change in the industry is the number of laws regulating investigations on the state, federal and even local level. “My main role is to work with our clients to ensure they are following the applicable laws and do not create more exposure for themselves.” He works with security and HR professionals to develop compliant investigative programs on a national and international level for employment screening, business investigations and corporate due diligence.

“It is absolutely amazing the lies people tell,” Prendergast says. “Resume fraud is a much bigger problem than some employers think. We find hundreds – yes, hundreds – of falsified education histories each year,” he says. The same is true with falsified employment histories.

“We are not talking about a little embellishing. We are dealing with people who completely lie about degrees, work histories and even their identities,” he says. “I am not exaggerating. If an employer has more than 20 employees and is not performing an in-depth employment screen, the chances are they have one or more employees who lied to get the job – even in professional services.”

Prendergast recalls a recent incident with a woman who falsified her entire background from employment history to her academic degree. She claimed to have earned her degree with a college that is no longer operating – something more common than many would believe. He notes that savvy job candidates will claim these degrees since verifying the education can prove difficult.

The woman produced a copy of her diploma. Prendergast and his team, were not taking no for an answer. He researched the history of the school and contacted the former president of the university the woman claimed to have attended and asked him to verify the diploma.

Their investigation didn’t stop there. Turning to verify her past employment, the firm was faced with three references and three cell phone numbers. According to Prendergast, the use of cell phones is a common deception. He does encourage companies to require business listings rather than personal lines since you never know who is on the other end of a cell phone.

The team’s suspicions were raised further when they received glowing recommendations from all three numbers. Upon further investigation, the firm found no record that the people had ever worked at the companies where they claimed employment with the applicant.

“A basic criminal history check or Google search is not going to defeat a person who is intentionally lying to you,” he says. “I could create a fake identity in half a day and get a job at most law firms in the country.”

For business acquisitions, however, the cost can be broken down to dollars and cents. Prendergast was working for a large law firm representing a client looking to acquire an overseas business. The attorney met with the main principal of the target firm – a claimed Harvard graduate – whose firm was offering an IT solution to the client. After receiving an odd answer to a question about Harvard life, the client’s suspicions were raised and he contacted Research Associates.

The firm eventually uncovered that the Harvard graduate was not who he said he was. The client, on the advice of Research Associates, declined the deal. Ironically, the client’s competitor ending up accepting the deal.

“The competitor lost around $10 million,” Prendergast says. “Luckily for our client, they dug deeper and avoided a devastating loss since the person was a fraud.”

The company’s continuous success has garnered attention and awards. The firm was the recipient of the Case Western Reserve University’s Weatherhead School of Mangement Weatherhead 100 award in 2014 and 2015, which recognizes the fastest growing companies in Northeast Ohio.

Prendergast is on track to keep the firm growing and at the top of the industry. “Often business leaders think fraud cannot happen to them – until it happens to them,” he says. “Fraud and deception today require little more than a computer.