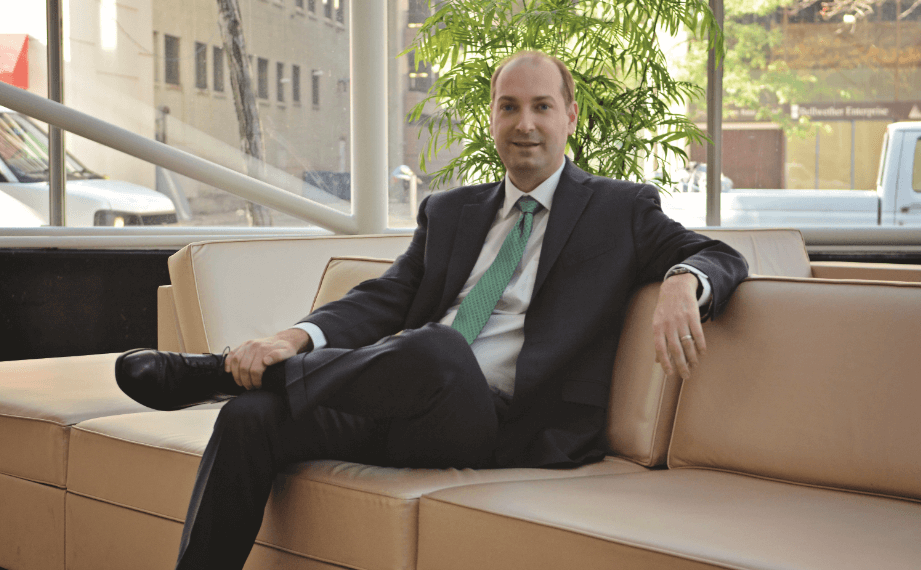 “It’s a privilege for me to be at the crossroads at important moments in people’s lives,” says respected estate planning attorney Kyle Gee. “Think about marriages, births or adoption, career milestones, receipts of inheritance, and transitioning to retirement. Alongside those joyous events are the challenges of divorce, debilitating disease, market downturns, and death. Estate planning crosses all those life events, and those relationships with families, the ones we’re fortunate enough to be a part of for a long period of time, means we see the next generation, and often the next.”

Don’t let his youthful demeanor fool you, Gee is one of the most skilled and progressive attorneys in his field. As a partner in Schneider Smeltz Spieth Bell LLP’s trusts and estates group, Gee’s dynamic performance has drawn both admiration and respect.

“My role is to navigate people through complex and weighty choices,” he says. “It’s a process, an education if you will. I think we do a great service when we can empower people. Estate planning is more than document production and the witnessing of signatures. Cookie cutters are used for baking, not for people’s life and death planning on the topics that matter most to them.”

As one of the younger attorneys in the firm, and definitely one of the youngest partners, Gee has been able to encourage his colleagues to introduce innovative tools to augment the traditional practices of trust and probate law.

“I’m blessed to be at a firm that respects the investment of time and resources in taking the lead on cutting edge topics influencing my practice, such as electronic signatures, digital assets, assisted reproductive technologies, and remote notarization, to name a few.”

Gee has become a leading authority across the nation on the topic of electronic wills, which he describes as falling under the broader pursuit of modernizing our existing laws to reflect the realities of our digital society and the expectations of rising generations. Gee’s interest in this area traces back to a case now known as Castro.

“In 2012, a Mr. Castro was lying in a nearby hospital wanting to express his testamentary wishes in a last will. But rather than reaching for pen and paper, he and his brothers decided to use a Samsung Galaxy tablet instead. So, he dictated his will, his brother transcribed it onto this tablet, and the e-will was signed electronically with the stylus pen on the tablet by Mr. Castro and his brothers as witnesses. When Mr. Castro passed away, the brothers printed the electronic will and asked the court to admit it to probate. That was the first time an electronic will of this nature had been offered for probate in this country, and it happened within an eye’s view of my office.”

Gee was fascinated by the opportunities and challenges of the Castro case and has been writing and speaking publicly at legal seminars on the topic ever since, helping to bring it out of obscurity. In the first half of 2017, seven states introduced electronic will legislation. Gee is actively participating as an observer of the new electronic wills drafting committee of The National Conference of Commissioners on Uniform State Laws, is the Ohio State Bar Association (OSBA) learning liaison to legislative developments involving electronic wills and heavily contributes to the electronic wills committee of the OSBA estate planning, trust, probate law section council, which he recommended be formed.

“Since 2000, we’ve been living with a Uniform Electronic Transactions Act that basically says transactions and documents done electronically are as valid as if they were done on paper – generally all documents that is except wills,” Gee says. “Two decades later, our emerging generations, like Mr. Castro, are expecting that the law has caught up, but it has not yet. The core of our probate law goes back a few centuries. This is a unique time in history to further develop our laws, but it’s a difficult task to blend technology with tradition and do so carefully and comprehensively and correctly. I think we’ll see a dramatic change to our probate code before my oldest daughter becomes an adult and can execute her own estate planning documents.”

Perhaps he’s not quite included in the group known as millennials, but Gee clearly sees what the future holds. “Some view technology as a threat to our practice. I don’t,” he says. “From my perspective, embracing technology and innovation enhances my ability to deliver higher levels of value, convenience, and efficiency – without sacrificing quality.”

Gee has said that to the extent it’s practical and permitted by law, he plans to continue to incorporate collaborative technology into his practice and provide convenient options for clients.

As an example, he recently helped clients with the timely completion of a deal when the closing date was moved up, by offering an electronic signature platform. “We had four parties in three different states and another on vacation half way across the world,” he says. “What normally would have taken days or weeks to obtain in fully-executed paper form we accomplished in electronic form in less than 24 hours and at lower costs.” Gee is going further by collaborating with an online company to provide his clients with the convenience of remote and electronic notarization options now recognized under a very new law.

“Family is very important to me,” says Gee. “It’s an important part of who I am. I come from a large family, with very little materialistically growing up. My parents were simple educators and we took advantage of education and created opportunities through hard work. I’m grateful for that.”

A large family paper route put Gee and his siblings through college and church service missions. During high school, paper delivery started before 5 a.m. followed by a church class before school, and athletics and many extracurriculars afterward. “We never had a holiday from those newspapers,” he says with a laugh.

That work ethic continued throughout college and beyond. During his last year of law school, Gee, then newly married, decided to take mostly evening classes so he could work and gain additional experience during the day. “I was involved with the trusts and estates department of a mid-sized law firm in Toledo. It was, and remains an exceptional firm with extraordinary lawyers and I’m very grateful to them for giving me a start.”

He enjoyed the work and excellent experience it provided, but when the firm offered him a full-time position, Gee had to make the difficult decision to turn it down. “I respectfully declined. I had already told my wife I would support her wherever her medical residency training took her, and to her credit she matched at her first choice program.” On the eve of the bar exam, the law school graduate and medical school graduate, now parents of a daughter five days old, quickly relocated to Pennsylvania. “So,” he says, “I suddenly found myself in Pennsylvania, not knowing anyone. No family, no friends, and not a single professional connection.”

But fate stepped in, and the new attorney was soon invited to become the law clerk to The Honorable Penny L. Blackwell, a seasoned judge who was presiding over the orphans’ (probate) division and needed help. Working one-on-one with the judge on her busy docket, Gee was involved in varied matters.

“Judge Blackwell was brilliant, humble, gracious, fair, both sensitive and firm, and above all, hardworking. It was an honor to be her pupil and friend,” says Gee.

When the two-year clerkship was coming to a close, Gee had job offers from firms in Pennsylvania, but declined those offers feeling it was time to return to his roots in Ohio.

Gee landed a job with Spieth, Bell, Mc- Curdy & Newell Co. L.P.A., the small but well-known, and highly respected Cleveland law firm, dating back to the mid- 1800s. He was particularly interested in their robust trusts and estates practice. Three weeks after starting at Spieth Bell, Gee’s father died, leaving his mother a widow in Cleveland. As it turns out, the family had returned to Gee’s hometown at just the right juncture in time.

“If you align your priorities, things have a way of working out professionally and otherwise,” he says. “I’m glad we followed the impression to return to Ohio when we did and I’m grateful for all the new relationships I’ve made upon returning to Ohio.”

It seems apt that Gee should deal so intimately with families going through milestones of life, because he is one man who consistently and emphatically believes in putting family first.

Now the father of four children, ranging in age from 9 years to 6 months, Gee, despite his workload makes it a priority to be present for the little and big moments of his children’s lives. “It’s exhausting being an active parent, but children are only young once.”

“For me, that’s a privilege of parenting,” he says with sincerity. “It’s not all roses. In the last decade, I’ve changed thousands of diapers, washed thousands of bottles, and been up thousands of hours in the night with children. But being good husbands and wives, good parents, good legal partners and good community, and church members, I believe naturally translates into becoming better humans and ultimately better counselors of the law to our clients who place so much trust in us.”