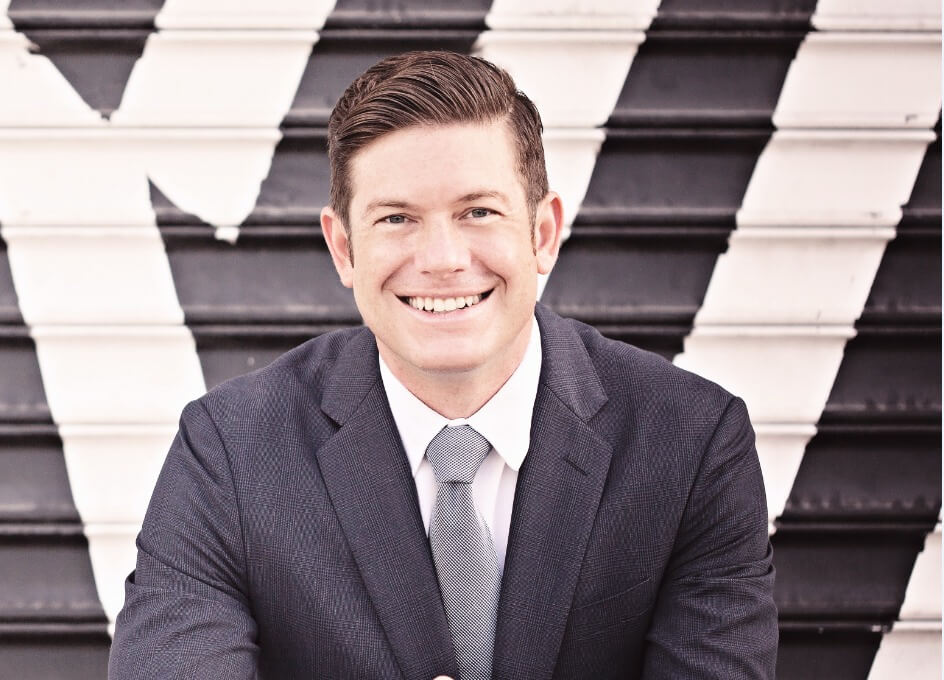 L. Elijah Stiers: ‘What Good Shall I Do This Day’

Attorney at Law Magazine Miami Publisher Rhenne Leon sat down with L. Elijah Stiers to discuss his career as an attorney.

Stiers: For as long as I can recall, I’ve wanted to be an attorney. Like any youngster growing up in small-town Alabama, “To Kill a Mockingbird” was the first real book that I ever read, so perhaps Atticus Finch inspired me. Regardless of the source of the inspiration, I distinctly recall wearing an ill-fitting suit and carrying my father’s briefcase to Ms. Stiff ’s fifth grade career day in Wetumpka, Alabama, and telling everyone that I wanted to be a lawyer.

Stiers: Throughout my life, my grandfather has been the single biggest influence on me. A child of the depression born in rural Tennessee to humble farmers, he just has this incredible work ethic and is just so unbelievably grounded in his faith and beliefs. From him I learned the value of a hard day’s work, devotion to family, and approaching every day as a chance to be a better person and a better man. I’m so fortunate to still have him in my life at 87 years old, and I am still learning from him.

Stiers: Resilience. For me, law school was one of the most difficult times in my life, not necessarily because of the coursework or studies, but mainly due to some personal and family struggles that compounded the stress of an already challenging situation. It was a trying time, but I learned to hunker down and rise above it through focus and determination. Truthfully, everyone should have to deal with some adversity in their formative years as it makes you a better person.

Growing up, our family moved around a lot. It was tough being uprooted as a kid, but I always say that those experiences taught me how to adapt, to be flexible, to embrace new experiences and possibilities, and to have an open mind. Without those experiences, I doubt that I could have followed a career path taking me to Miami, Florida, to open my own law practice.

Stiers: I think that to be an effective trial lawyer you really must believe in the principle of service to others and have a strong, bedrock notion of justice that is firmly rooted in your core. For me, the chance to work hard on a case and achieve an outcome that undeniably changes someone’s life for the better, while simultaneously balancing the scales of justice as I define it, is immensely rewarding and a downright intoxicating mix when you have the right case.

AALM: What do you find particularly challenging about your practice?

Stiers: Perhaps I’m old-fashioned, but I feel that the practice has devolved from a time when professionalism and civility mattered. In litigation, there is usually a winner and a loser, but there needs to be less of an emphasis on winning at all costs. I take no comfort in ill-gotten gains, but I am always shocked and surprised when others do. A good attorney fights like hell for their client. An outstanding attorney fights like hell for their client and does so without exceeding the bounds of professional and ethical rules of practice.

AALM: What compelled you to start your own practice? How would you describe the culture of the firm?

Stiers: I started my own firm out of a long-held desire to work for myself and create something of my own. It is rewarding to be one’s own boss, but I must confess that I am also the hardest boss that I have ever worked for.

I have a plaque in my office that says, “What Good Shall I Do This Day,” which is something Ben Franklin is said to have told himself at the start of each day. I like to think it is the guiding principle of my firm, as each day you can decide to show up, do good, and make a difference in someone’s life.

Stiers: After seven years as a defense attorney, I was ready to switch sides in 2010. About a year into this career change, I was referred a case at a networking event by a stranger. A woman heard what I did for a living and explained that her friend’s mother was admitted to a local hospital and had a bad surgical result. After speaking to the woman’s friend, I drove out to the hospital to meet with him and his mother, who had tragically suffered a permanent brain injury. After explaining my thoughts and their options, they signed retainers with me. Within a year, I had achieved a fantastic result for the family. I still keep in touch with them. That was my first big case and first reassurance that I had made the right career move.

Stiers: As I was the first male in my family to get a college degree, going to the University of Florida has been, without question, my greatest accomplishment. It has opened doors for me that I never imagined were possible. When I retrace my life’s steps – growing up in a small town in Alabama, going to high school in Jacksonville, getting a full ride to attend college at UF, staying in Gainesville for my law degree, and many years later having my own law firm in Miami– it has been an unlikely journey that was only possible because of the educational opportunities afforded to me.