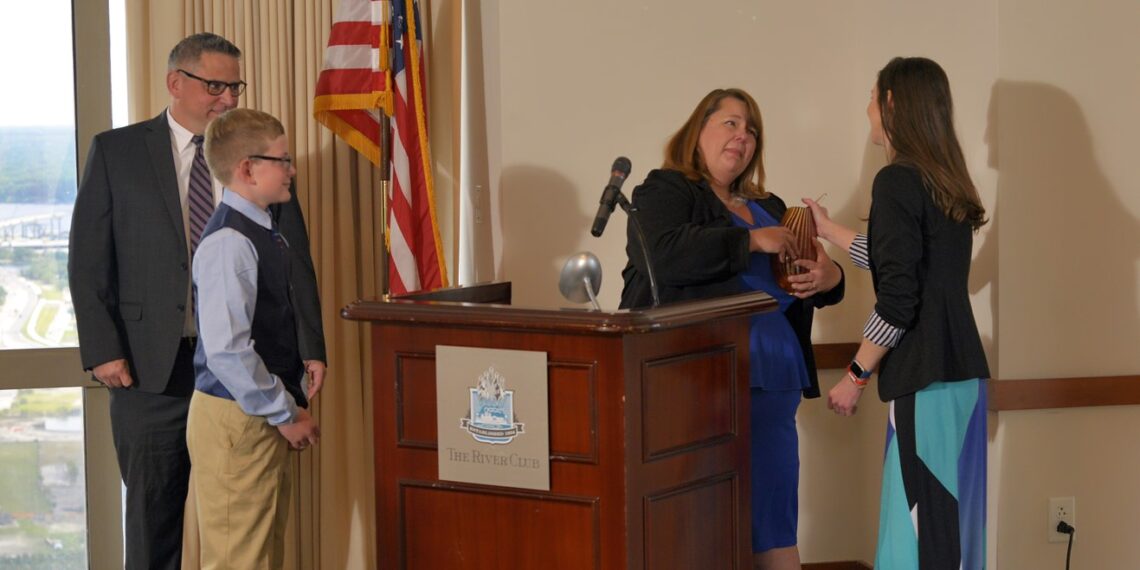 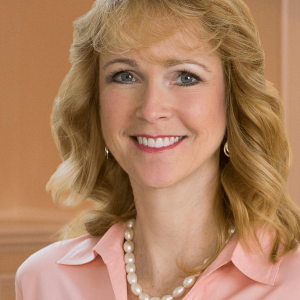 Described as “a selfless public service lawyer,” “a fierce advocate,” “tireless in her efforts,” “a role model to many for her work as an attorney, community servant, bar leader, and champion for those who are less fortunate and women’s issues,” and who has “the biggest heart for her community and our profession,” Missy Davenport has raised the bar as the 2022 recipient of the Jacksonville Women Lawyers Association (JWLA) Woman Lawyer of the Year award.

“One of the highlights of serving as president of JWLA has been presenting this award to Missy Davenport, an all-around incredible woman whom I dearly respect and admire,” says JWLA President Kelli Lueckert. “I have known Missy for several years and have served on committees with her. If Missy is on a team, I want to be on her team. She is a genuine person who is authentic and leads with respect and grace. She is a role model who makes those around her feel welcomed, noticed, respected, and heard. It is such an honor to be able to recognize amazing women in our organization with the JWLA Woman Lawyer of the Year award and invite their family to celebrate with them. We do our best to surprise the recipient, which makes the moment so special and emotional.”

The Woman Lawyer of the Year Award is intended to promote a woman lawyer who is not necessarily at the pinnacle of her career, but who has made meaningful contributions in her community through her legal service or volunteer activities and who has been a positive role model for JWLA members.

The award is presented to a woman lawyer in the local community who is currently licensed to practice law, an active member of JWLA, and who has: (1) earned the respect of others professionally; (2) been involved in activities for the betterment of her local community; (3) exemplified the qualities of a positive role model; and (4) advanced the cause of women in the community.

As the first person to attend college in her family, Davenport worked hard for many years after graduating high school to save money for tuition. While working and attending classes toward a major in sociology, she was drawn to and sought ways to help others. Her husband, Jeff, who was then attending law school, suggested she consider it, and Davenport realized this would be the best way for her to make a difference.

While attending Florida Coastal School of Law, a student internship in Jacksonville Area Legal Aid’s (JALA) Family Law service area gave further credence to Davenport’s desire and goal to impact and improve lives of families and children at risk. After working at a private family law practice after law school, Davenport returned to Florida Coastal School of Law for the opportunity to help students navigate the process of law school. In various roles, including as director of academic success and bar preparation, Davenport helped counsel, advise and instill skills in students for their academic and future success, while overseeing the department’s compliance and performance.

Davenport took some time off to focus on her family and adopt a son. She then worked for the state’s attorney office where she gained valuable courtroom skills, which led to a door opening at JALA where Davenport thrived for many years.

“As JALA’s pro bono director, I learned so much about many different areas of law, how to bring people together to help those in need and work together to achieve a common goal,” Davenport says. “JALA offers so many helpful programs. One of my favorites are the ‘Ask A Lawyer’ quarterly events where attorneys from the Jacksonville Bar Association would give pro bono time on Saturdays to visit and help underserved communities. That support and direct access to an attorney they otherwise wouldn’t have made such an immediate difference. Another great project is the annual Alternative Spring Break program which allows law students to work with local pro bono attorneys to create advance directive documents for local senior citizens at their senior housing facilities.”

“JALA helps thousands of people each year through their staff attorneys and pro bono volunteers. It’s been a tremendous honor to work with so many wonderful pro bono attorneys in the community; they all have full-time commitments but still find a way to donate their time and talents to assist those most in need. While these programs and others help fill the access to justice gap, financial support is needed to continue these important services.”

“This is such an exciting opportunity,” she says. “There is a real need for a law school here in the city and I wanted to be part of it. I am honored to be a formative part of the next set of lawyers who will join Jacksonville’s legal community. Working with law students is something I am meant to do, and this is where I can be most helpful and effective.”

“It is important in legal education to provide multi-talented lawyers with the kind of inspirational experience that motivates the next generation of lawyers,” says Margaret W. Dees, chair of the law operations team and senior vice president, economic development & external engagement at Jacksonville University. “Missy Davenport is that lawyer for us, and we were fortunate to bring her on board. She is a real role model, not just for women lawyers, but to all lawyers.”

Davenport has established herself as a leader not only in the legal community, but also as a board member of the Jacksonville Women’s Network, a local organization whose mission is to foster and promote women professionals, and with her son’s school.