Lawyers at Risk in Pakistan 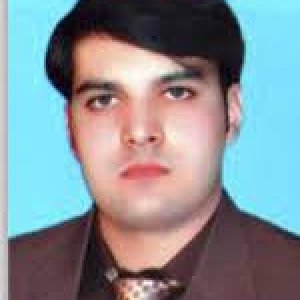 Law is one of the great healing professions. While medicine heals the body, the religion heals the soul, the law heals the societal rifts and so a lawyer helps to build a peaceful society. While throwing light on the legal and constitutional history of Pakistan which is replete with gigantic names of lawyers since its founding father Muhammad Ali Jinnah, the poet-philosopher, Sir Allama Muhammad Iqbal, the first PM of Pakistan, Liaqat Ali Khan and so many other names till today who audaciously toiled to establish this country on strong legal and constitutional grounds.  Today, the question that haunts our minds is whether this is the Pakistan that was dreamt by our founding fathers wherein the noble profession they adopted that is bestowing freedom, democratic norms, security and justice to the masses is now breathing in an atmosphere wherein its law protectors have to face threats to their life and liberty?

I trust the answer will appear in negative nod, haplessly. Being a lawyer in a country like Pakistan, I myself have observed how much the life of a practicing lawyer has associated with acute risks of death threats and violence on daily basis. Over the past few decades, lawyers in Pakistan have been subjected to acts of mass terrorism, murder, attempted murder, assaults, (death) threats, contempt proceedings, harassment and intimidation, as well as judicial harassment and torture in detention, merely for engaging in their professional duties as lawyers. Their families also have been targeted, and some have even been murdered.

The most notorious attack on lawyers in Pakistan occurred on August 8, 2016, when terrorists attacked the Government Hospital of Quetta with a suicide bombing and shooting which resulted in the death of 56 lawyers and injury of 92 others. In many cases, lawyers have been identified with their clients and their clients’ causes, and therefore violently attacked. This is particularly the case in relation to accusations of blasphemy that commonly exposes the accused, as well as lawyers who represent them and judges who adjudicate their cases, to harassment, threats, physical attacks and rioting.

In fact, the life of an ‘advocate’ is at risk the moment he takes up a case. It doesn’t matter if it’s the opposing party or the very party that lawyer has taken up the sacred task to provide justice to. Taking up a case and spending sleepless nights on it, and then going through constant harassment has become a norm in Pakistan. A lawyer cannot influence the decision making of a judge any more than trying to present the facts to best of their abilities. While, most of such acts of violence emerge from the cases which the lawyers take up, there are no explicit provisions in law to protect them against these heinous acts. This results in a situation where lawyers fear taking up cases which can risk their lives, or cases which involve parties such as terrorists, rapists etc., who receive uncontrolled anger from the society. Further, the rancorous justice system of Pakistan has left many lawyers to fend for their rights and live with worries. 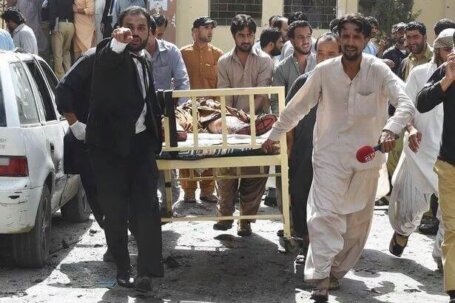 Particularly, within last few weeks, the gut-wrenching instances of murder of lawyers and violence against them have become common place and are escalating unchecked on daily basis. Within a span of few days, incidents of successive target killings of more than five advocates and murder attacks on many others were witnessed that left the legal fraternity that always strives for the Rule of Law and Supremacy of the Constitution in great shock.

All the Bar Councils and Bar Associations of the country came to fore instantly to condemn these brutal attacks on legal community members and expressed grave concerns on the miserably failed status of law enforcement agencies and fragile governance of the Government to check such terrorist incidents against the protectors of Rule of law and supremacy of the Constitution, and also demanded of the Government to immediately arrest the culprits of target killings of the deceased advocates and try them in Anti-Terrorism Courts for awarding exemplary punishments.

In 2019, when the legal community protests against the malicious acts of medical staff turned violent, the government considered bringing amendments to the Legal Practitioners and Bar Councils (Amendment) Act to ensure peaceful environment in the legal profession and judicial proceedings by preventing incidents of protests turning into violent activities by lawyers. The amendments were through the introduction of sub-section 6 in Section 41 of the Legal Practitioners and Bar Councils (Amendment) Act. The amendments proposed cancelling the licence of a legal practitioner for life if he/she indulges in physical violence against any person. They also suggest cancellation of the licence for life if a lawyer is involved in cheating, fraud, forgery, false affidavits or deliberate concealment of facts.

The move was rejected outright by PBC, dubbing the attempt as a malicious onslaught to gag and silence the freedom of expression by delegitimizing the 70-year-long historic role played by the lawyer’s community for strengthening constitutionalism, democracy and the rule of law. As already the proper system of holding lawyers accountable for their untoward behavior are in place under our laws in the shape of tribunals, which is headed by a sitting Supreme Court judge and provincial high court judges at provincial levels also providing the right appeal against adverse decisions.

Keeping in view the aforementioned abrupt move of the government against the legal community at that time, the Bar Councils and Bar Associations are now demanding such a prompt action from the government to take the matter into grave consideration and bring a solid mechanism to eradicate these terrorist acts continuously being committed against the legal fraternity. Even in India, when the legal community faced such lethal threats and activities, they staged protests and forced the government to bring Advocates Protection Act 2019 whose draft has been prepared so that lawyers can carry out their duties without fear, whereas, the proposed legislation envisages stricter punishment for threats or attacks on lawyers while discharging their duties. In a recent Indian case of R. Muthukrishnan v. Registrar of High Court of Judicature of Madras [AIR 2019 SC 849] the importance of the Bar has been emphasized as:

“The legal profession cannot be equated with any other traditional professions. It is not commercial in nature and is a noble one considering the nature of duties to be performed and its impact on the society. The independence of the Bar and autonomy of the Bar Council has been ensured statutorily in order to preserve the very democracy itself and to ensure that judiciary remains strong. Where Bar has not performed the duty independently and has become a sycophant that ultimately results in the denigrating of the judicial system and judiciary itself. There cannot be existence of a strong judicial system without an independent Bar.”

In June 2017, the UN Human Rights Council passed an important resolution in its 35th session regarding protection and independence of the judges, lawyers, prosecutors and other court officials. Emphasizing upon frequent attacks on the independence of lawyers by the use of death threats and violence, this resolution enacts provisions which would help in reducing the conditions where they are subjected to violence.

In the session, Florian Irminger, Head of Advocacy at Human Rights House Foundation (HRHF) said, “We have sadly witnessed a rise in intimidation, threats and reprisals against lawyers working on human rights and politically sensitive issues in recent years, this resolution will help to protect them. States must implement and uphold the protections it establishes, and the international community must ensure that they do so.”

Further, it condemns acts of violence, intimidation and reprisals against judges, prosecutors and lawyers themselves, and reminds States of their duty to protect these persons and their families, by condemning such acts and bringing the perpetrators to justice.

Besides, a raft of additional international standards and norms add weight to the UN Basic Principles and Special Procedures. The ICJ Geneva Declaration on Upholding the Rule of Law and the Role of Judges and Lawyers in Times of Crisis declares that:

“All branches of government must take all necessary measures to ensure the protection by the competent authorities of lawyers against any violence, threats, retaliation, de facto or de jure adverse discrimination, pressure or any other arbitrary action as a consequence of their professional functions…The authorities must desist from and protect against all such adverse actions.”

The international standards for the protection of lawyers are further delineated in the UN Declaration on Human Rights Defenders. For example, it asserts a right to participate in activities against human rights violations, and a right to be protected by the state from threats or harassment as a result of those activities. The UN Office of the High Commissioner for Human Rights has thus summarized that “a just and efficient administration of justice requires that lawyers … should be allowed to work without being subjected to physical attacks, harassment, corruption, and other kinds of intimidation.”

This calls for the State to take proper measures by way of legislations, ordinances or other mechanisms which are available to the government for the protection of legal practitioners. A legislation in this regard should include provisions for stricter punishments for the acts concerned and should also ensure safety of the stakeholders involved. It is proposed that the murder of any lawyer is an instance of terrorism and undercuts process of administration of justice and should be treated as such and stamped out with utmost prejudice and pursued proactively by the legal community and appropriate amendments in law be made to make the same an act of terrorism.

Further, the proposed legislation should also cover maintenance and protection of their families from these acts as it is also seen that the lives of families of advocates are also put under high threat in such situations. The same is essential for the protection of not only the family members of the deceased lawyer but also for each practicing lawyer and members of this Association.

Moreover, a high powered standing committee of the Bar and its officers be formed to pursue and oversee any and all instances of murders of lawyers and perform functions, including legal representation, coordination with authorities and to offer all manners of assistance to the survivors of the deceased and to periodically report back on their progress to the Cabinet which shall put the same before the House for its information and further action. Additionally, Police department must cooperate sincerely and its high authorities must constitute a team to investigate all the recent gut-wrenching incidents against the lawyers on immediate basis.

The threats that lawyers face in Pakistan are uncalled for and harrowing in nature and the silence and inaction of the government over such heinous incidents is quite worrisome. Rather, such incidents on the legal community, in particular, deconstruct the weak governance of the government and portray a horrible picture to the world at large. Therefore, the Government should come out from brown study sooner and take realistic steps to protect the noble profession of our founding fathers.

Why Is Filing a Personal Injury Claim Worth It?

What Happens in a Personal Injury Trial?