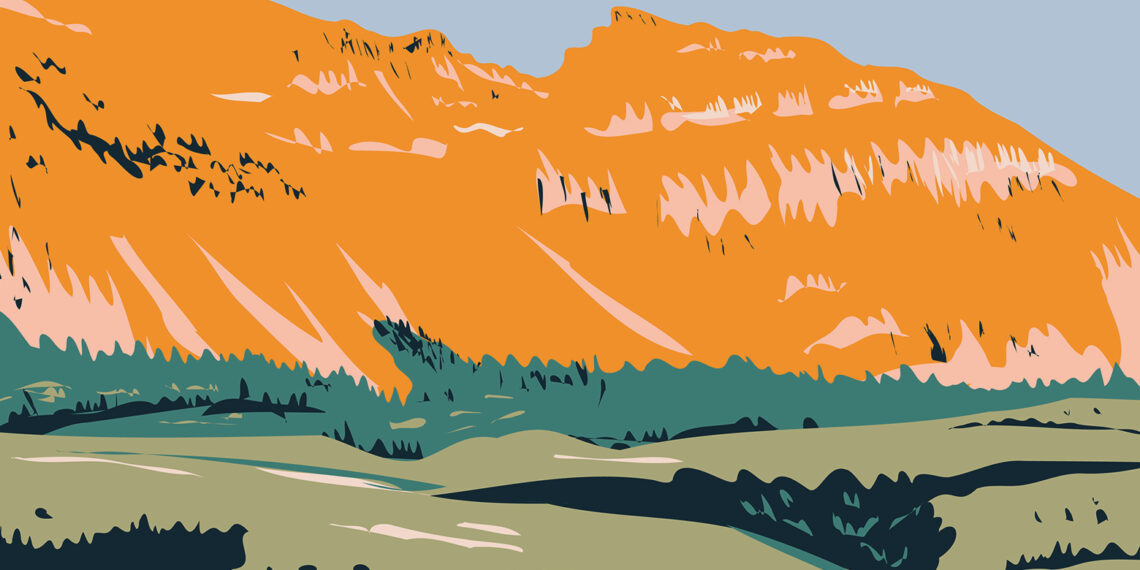 In August 2021, the nation was captivated by the tale of Gabby Petito, a 22-year-old vlogger who had gone missing on a cross-country trip with her boyfriend, Brian Laundrie. A proliferation of social media and internet sleuths, fueled by America’s love of true crime television, quickly resulted in the story spreading like wildfire in the news and into the everyday conversations of millions of Americans.

The story struck a personal chord for me, as my cousin went missing in 2010 after leaving a bar in downtown Charlotte with a man she knew; her body was discovered shortly thereafter, the perpetrator she left with turned out to be a convicted sex offender. Several years ago, another family member obtained a domestic violence protective order against her then-husband, who the FBI eventually apprehended based on evidence he planned to kill her. Gabby’s disappearance and murder reminded me that there is an innate need in all of us to make sense out of events we try to characterize as random and senseless. Unfortunately, in reality, human violence is often neither.

A pivotal moment in the Petito investigation occurred when police bodycam footage showed Gabby and Laundrie being stopped and questioned by Moab County, Utah police. It was difficult for those of us who saw the video to fathom why Gabby did not tell the police the truth. The answer lies deep in the roots of intimate partner violence (IPV), the clues revealed in haunting footage that came too late.

Laundrie was later suspected of murdering Gabby, but he committed suicide before he could be charged.

The witness who made the 911 phone call stated he had observed Laundrie slapping Gabby, but when police pulled the couple over on an unrelated traffic stop, Gabby was quick to take the blame. She rambled on about how she must have been in a bad mood and that she was “OCD about cleaning.”

Dr. Carolyn Pender Roche, a Durham psychologist, specializing in working with high-conflict families, indicated it is not uncommon for a victim to blame the abuser’s behavior on themselves in relationships where IPV occurs. Roche distinguished intimate partner violence, which refers to physical, sexual, or psychological harm by a current or former romantic partner or spouse as opposed to domestic violence which can occur between other family members or involve children.

If the victim believes that the abuser’s behavior is their fault, the victim can also rationalize acting differently to control the situation and stop the abuse. Victims often subscribe to these beliefs because it is terrifying to realize that the abuser’s behavior has no correlation to their behavior but is rather unpredictable and can be triggered by various other factors. In addition, the abuser often acts very differently at the beginning of the relationship, further convincing victims that negative behaviors displayed by the abuser are correlated with something they did or did not do. This leads victims to conclude that their behavior must also be able to make the abuser change back into the charming, loving partner that the victim knew at the beginning of the relationship.

Roche said other social relationships and connections offer the best protection against IPV, while social isolation allows it to fester. Social capital, in the form of an individual’s independent relationships with family, friends, work, activities, or community organizations, exposes people to various outside perspectives. This acts as a system of checks and balances, ensuring that a person’s sense of self-worth and value is not attached to only one person. It also allows others with outside perspectives to form independent opinions and insight into the relationship dynamics, rather than the victim being limited to only the abuser’s perspective.

Roche further explained that in many long-term relationships when systemic IPV is present, a gradual isolation process may result in a significant loss of social capital. For example, a victim’s access to employment and financial independence may be the first to go, followed by elimination of friendships, involvement in activities, and culminating in estrangement from their family.

In Gabby Petito’s murder, the parallels are clear. Gabby had been living with Laundrie and his family. She had quit her job, had few close friends, and was on a road trip across the country, thousands of miles away from her family, with no real social connections other than strangers. Gabby told police the conflict began in the morning when Laundrie became upset at the amount of time she had devoted to her social media postings. “He doesn’t think I can do it,” said Gabby referring to her ambitions to make a career as a social media influencer and vlogger.

It is not unusual for an abuser to be triggered by the victim’s focus on something or someone other than the abuser. However, Roche commented that what happened next with Gabby was unusual and a red flag. IPV is characterized by intimacy and privacy, with the abuse occurring behind closed doors. Roche viewed the resulting eyewitness account as a concerning escalation. “It is unusual for intimate partner violence to occur in public settings, and the attempt to then take Gabby’s phone and drive off in the van was an act rooted in asserting power and control and reestablishing the victim’s complete reliance on the abuser.”

In reviewing the bodycam footage, it is important to remember that this stop occurred shortly after Gabby had physically clawed her way into the vehicle and climbed in the driver’s side window to avoid being left alone in the desert.

Police usually respond to a criminal domestic violence incident in the context of chaos or emergency. At that point, the focus of an investigation hinges on one central issue; whether a law has been broken and whether an assault as defined by the criminal law statutes has occurred.

Covering for the Abuser

Weatherspoon explained that the definition of criminal domestic violence is much narrower than the type of domestic violence that can serve as the basis for a civil protective order. He noted that when responding to potential criminal domestic violence incidents, it’s not unusual for victims to cover for the abuser because they are not necessarily at a point where they want to end the relationship. While officers must use some level of discretion in investigating incidents, questioning witnesses, and assessing the situation, there is a reason that the criminal statutes in many states require that a person be taken into custody if there is evidence that an assault has occurred.

Statistically, separation from the abuser at that point is simply a decision the victim is unlikely to make for themselves. Weatherspoon finds these situations very different from cases he handles in the civil law context, where plaintiffs seeking a protective order have already decided at that point to separate from the abuser and pursue court intervention.

We know that not all victims seek civil domestic violence protective orders in the family law world, even when grounds exist. In some cases, the litigation process itself can be utilized to continue the abuse and as a means to assert power and control over the victim. A recent study also indicated that mediation systems might not account for the inequity in bargaining power in cases where IPV or abuse is a factor in the family law context.

The study illustrated the need for more in-depth, systematic screening of IPV and abuse in mediation cases because many family court litigants do not report IPV. In addition, the screening methodologies often have a limited scope of questions that do not accurately identify IPV situations or focus on physical violence. They fail to address other forms of abuse or coercive control that can significantly affect the mediation process.

‘The Gift of Fear’

Statistically, we also know that the highest rate of lethality for victims of IPV occurs when the victim has decided to leave the abuser. Separation, or even the threat of separation, has been consistently identified as one of the major risk factors for intimate partner homicide.

In his book, “The Gift of Fear,” Gavin de Becker posits that “We all see the signals because there is a universal code of violence.” De Becker identified what he terms “pre-incident indicators” for violent crime. In relation to IPV specifically, he indicated “women visit emergency rooms for injuries caused by their husbands or boyfriends more often than for injuries from car accidents, robberies and rapes combined,” and in relation to intimate partner homicide, “[t]hough leaving is the best response to violence, it is in trying to leave that most women get killed.”

Sadly, the statistics indicate that the Gabby Petito case is not an isolated tragedy but rather something that occurs with frequency. De Becker’s theory that IPV and other violence can be predicted may have plausibility, but predictability alone is unlikely to solve anything in such cases. The research has consistently indicated separation from the abuser may result in a reprieve from the abuse, but at the same time is correlated with an increased risk of death, which often means any decision a victim makes may be fraught with danger.

Society’s response to preventing IPV has traditionally placed the burden on law enforcement. However, expecting the police to assess and evaluate the nuances of these often complex relational and psychological issues is not fair or feasible.

Weatherspoon believes that the mandatory nature of the criminal law statutes offers the best protection for potential victims. However, as the Petito case demonstrates, when victims lie, and abusers hide the truth, the reality of a situation is not always what it seems.

Roche asserts the key is educating young adults about what healthy relationships look like and emphasizing the importance of social resources for those in abusive relationships. Roche stated, “It’s easy to look back and say that if someone had done this or that, it would have saved Gabby’s life, but in IPV relationships, it is ultimately the victim’s response to the abuse which determines the outcome.”

Roche further offered, “Educating people about the forms domestic violence can take outside of just physical abuse and focusing on having a range of interpersonal relationships and community connections as part of overall mental wellness is essential to the prevention of intimate partner violence.”