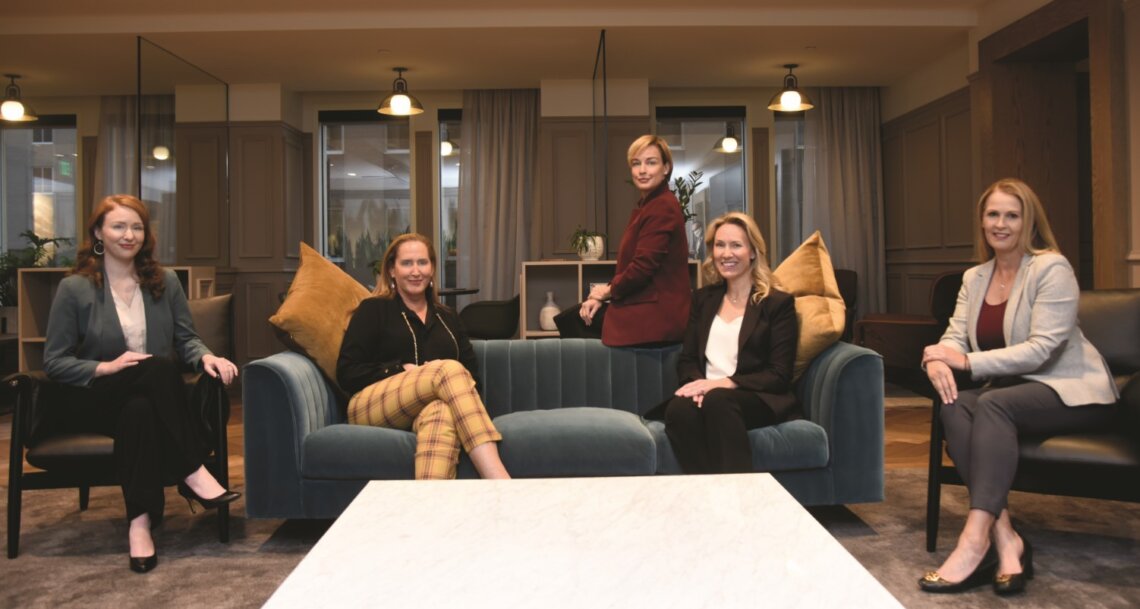 Although about half of all current law school graduates are women, studies consistently demonstrate that women occupy fewer positions of influence in the profession and earn less money than do their male counterparts. According to Catalyst, a global nonprofit founded in 1962 that works with CEOs and companies to accelerate and advance women into leadership, only 22.7% of women working at major law firms in the U.S. are partners, compared to 77.3% of men. Further, a 2016 survey of U.S. and global big firms found that male partners earned 44% more than their women counterparts.

Firms like Lewis Brisbois Bisgaard & Smith LLP are an antidote to this problem. This AmLaw 100 firm, with offices in key cities from coast to coast and more than 3,000 lawyers and staff, has repeatedly received recognition for its equitable recruitment, retention and promotion policies. The firm assumes that only by assembling the greatest legal talent from all walks of life is it able to deliver the most noble legal representation to its clients.

In September 2019, Michelle Gilboe and three colleagues opened the firm’s 52nd location in Minneapolis. As managing partner, Gilboe has steadily recruited a roster of accomplished attorneys, with an eye to building an office that is as diverse as the Twin Cities community it serves. “Our office is currently about half and half, with six women and seven men,” Gilboe says. “Everyone is here because they’re good at what they do, and we wanted them. Generally, we’re looking for people who support each other, and who want new opportunities and the entrepreneurial feel this firm offers. We all have a common goal and share a similarity of purpose in terms of what we want out of the culture of the firm while still having our independent voices.”

Carli Pearson is a partner and member of the Products Liability Practice. She says that when she joined Gilboe, Rick Morgan and Douglas Pfeifer in opening Lewis Brisbois’ Minneapolis office, each brought with them their different experiences and ideological backgrounds. “But we shared and continue to share a common focus: doing great legal work for our amazing clients in an environment that is supportive for everyone, period. The recent passing of Justice Ginsburg made me reflect on how far we have come and how fortunate I am to be at this place and at this firm.”

She adds that the vigorous support of male colleagues like Morgan and Pfeifer is crucial to advancing gender equality. “I know that if someone tried to sidestep me because of my gender, they wouldn’t stand for it. That is just as important for our young male associates to see, as it is for our female attorneys to have people like Michelle in charge.”

Kari Berman is a partner and a member of the Complex Business & Commercial Litigation Practice. Since joining Lewis Brisbois in June 2020, she says the inclusive atmosphere has reignited her enthusiasm for her 20-plus year law practice. “For me, it was really important to find a law firm that was supportive of its women partners, associates and staff — and meant it. Everybody knows the buzz words to talk about when a firm is trying to impress a new hire. But it’s what happens afterward that is important. Is it a place that is actually going to stand by its word? This firm has a track record of having women in leadership throughout the firm who mean business and are treated with seriousness and respect. In my first months here, I have seen repeatedly how Michelle has been supported and treated by the firm in a way that is not just lip service. The firm has delegated significant authority to her, listened to her advice and to the advice of those of us who have joined.”

Tina Syring is another seasoned attorney who joined the firm in July of this year. She is a partner and a member of the Labor & Employment and Complex Business & Commercial Litigation Practices. “I know that with Lewis Brisbois, and with the leadership and support of men like Rick Morgan and Steve Lewis, there will be a change in the profession. I no longer feel defeated, because the words match the action. This has been the best career move I’ve ever made and the last I’ll ever make. I’m so happy to be at a firm where I know that I have not just a seat at the table, but a voice at the table.”

The marginalization of women and other minorities in the workplace is finally being recognized for what it is: a form of systemic abuse. And in situations of abuse, it is common for victims, and even observers, to normalize the behavior. Yet, there is something miraculous that happens when victims of abuse are liberated from it. They become empowered. Berman says, “When you walk out into the world and are face-to-face again with sexist conduct we all detest, it smacks you harder in the face. I notice it more now than I did in the past. I guess in the short time I’ve been here, I’ve become spoiled by being in a work environment that doesn’t have that and doesn’t permit it. Over the years, you go along to get along and become less sensitized. Now, when I see it, I know it, and it really resonates with me.”

“Having the support around you day to day in the office really does buoy you up,” says Gilboe. “I feel comfortable in my skin. And part of the reason I do is that the firm allows me to, and our office supports me. I have a group around me that helps fortify me.”
All the ladies at the table emphasize that theirs is not a mission to devalue the contributions of their male colleagues. What they do feel is a responsibility to assist other women with conflicts and challenges unique to their gender, because, as Berman put it, “female associates will face different things as professionals that men aren’t going to face. And not to the exclusion of the men. It’s about having a partnership and office where women are treated as equals and not as visiting relatives.”

“This is the first time in my career where it’s felt gender blind,” says Syring. “Gender doesn’t matter here. It’s not just about having smart attorneys; it’s about having thoughtful people. Being male or female is not relevant. You’re the right person for the case because you’re experienced, knowledgeable and the right person to connect with the clients.”

Lewis Brisbois’ top-down culture of inclusion has provided Gilboe with the leverage to attract female associates who are eager to advance in sophisticated legal practices. “Being able to effectively recruit younger female attorneys requires an upfront investment in the firm by creating a culture where they want to be. I think it’s important for them to see a woman in a leadership role and exciting for them to be in a place where women have such diverse practices and just as much of a voice as men. The substance of the work we offer is appealing to all lawyers, and the young women who have joined us are just so dang smart.”

Among recent additions to the firm are associates Amanda McAllister, a member of the Data Privacy & Cybersecurity Practice; and Alexa Ely, a member of the Products Liability Practice. Ely commented on what prompted her to join Lewis Brisbois, “For me, a big draw was seeing sizable representation of women at the partner level and in leadership roles at our office. It’s one thing to have initiatives and committees designed to support women, but the real difference and impact is made when you see smart, hard working women in positions you would one day hope to achieve. Just in my first year I’ve gotten a taste of product liability work, general commercial litigation, civil rights and employment matters.”

Gilboe is not just a leader at the office; she is also a leader at home, where she is the mother of two boys and two girls. She takes pride in setting the example for both genders that women can do anything. “It is just as important as we invest in the next generation of lawyers for our male associates to see and experience strong, smart women in leadership as it is to the female associates. Our male associates think nothing of an office where it doesn’t matter what gender you are. And that is good for the future of the practice.”

A note to all those who may not yet have heard the news: the world is changing. At Lewis Brisbois, the future is already here. And it’s gender blind.