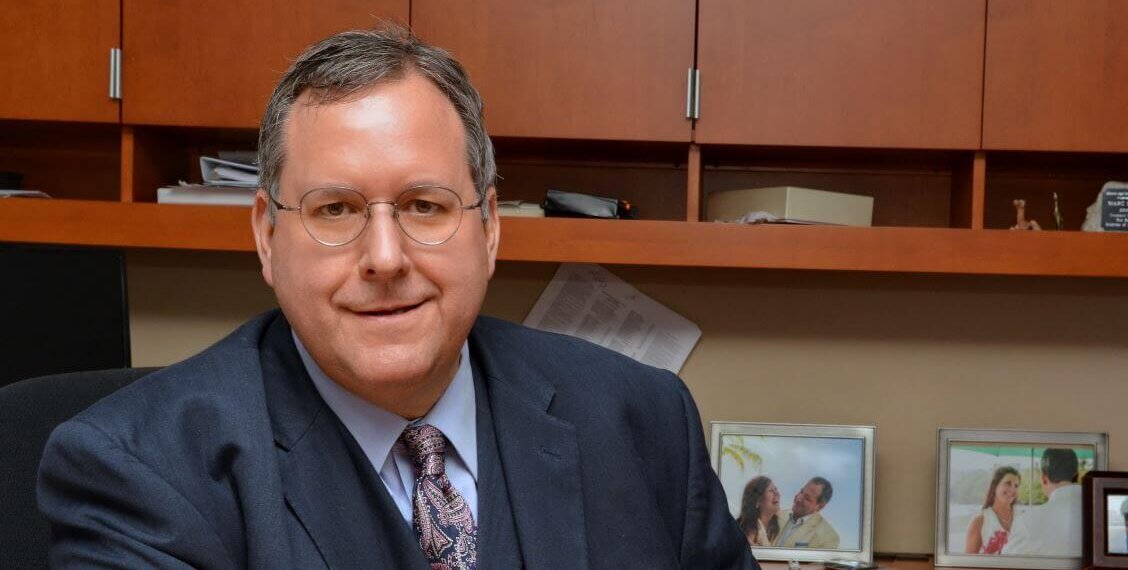 Wall Street has a big problem. After a 25-year-long career in public service and private practice, former Ohio Attorney General Marc Dann hasn’t lost his enthusiasm for battling the big banks and financial predators who abuse homeowners, consumers, college students, veterans, and seniors among others.

“Very few lawyers get to spend their careers battling the powerful on behalf of the powerless,” Dann says. “My practice enables me to do exactly that. I have to admit, I thoroughly enjoy forcing lenders, mortgage loan servicers and debt collectors to reimburse and pay damages to their victims, especially when those payments enable my clients to rebuild their lives and recapture their dreams.”

Dann’s quest to protect consumers began when he was named director of the West Virginia attorney general’s antitrust division shortly aft er graduating from Case Western Law School. During his tenure he learned that combining sensible regulations with effective enforcement made a real difference in the lives of working families, consumers and the disadvantaged.

It’s a lesson he’s never forgotten, and one that has shaped his career in both private practice and public office.

His first stint in private practice began when he left West Virginia, moved to Youngstown, Ohio and co-founded what became one of the area’s most successful law firms. Although the work was financially rewarding, Dann was unfulfilled and restive – feelings he attributes to the fact that his adopted home, long regarded as the epicenter of America’s “Rust Belt,” was in an economic death spiral.

“Many of my clients were in trouble because they had lost a good job and couldn’t find another,” Dann says. “Their finances were in shambles, their relationships were disintegrating and they were oft en being exploited by creditors and debt collectors who had one goal – squeeze every penny possible out of honorable people trapped in impossible situations.”

The carnage he witnessed motivated Dann to seek a seat in the Ohio Senate. “My experience in West Virginia taught me that government could be a force for good in the hands of elected officials who truly cared about their constituents,” he says. “I ran because the residents of the Youngstown area needed government on their side.”

After being elected, Dann became an effective crusader for consumers and crime victims as well as a fierce opponent of corruption. He introduced legislation that became a national model for regulating predatory lenders, led an effort to extend the statute of limitations for child sexual abuse offenses, expanded the rights of crime victims, and strengthened Ohio’s consumer protection laws.

Energized by his Senate success, Dann ran for Ohio attorney general in 2006. While campaigning he saw that communities across the state were suffering from the same problems as Youngstown. “In large cities and small, coffee shops, senior centers and VFWs, people told me they were losing hope,” Dann says. “I promised I would use my power as AG to help them regain it.”

Elected in a stunning upset, he took office just before the housing crisis exploded and became a national leader in the effort to hold banks and predatory lenders accountable for victimizing homeowners. “Borrowers were told their home would always increase in value,” Dann says. “The financial industry knew that wasn’t true, but didn’t care if people lost all their equity and their homes. They were only interested in creating new mortgages that could be securitized and fed to the insatiable, unregulated Wall Street beast.”

“Unfortunately, when the feeding frenzy ended and the market collapsed millions of homeowners were left with nothing, and in some cases less,” Dann continues.

From his front-row seat in the AG’s office, Dann swung into action. He initiated fraud claims against Wall Street firms, mobilized Mortgage Fraud Task Forces, began investigating the financial ratings agencies, and challenged the standing of mortgage servicers to foreclose in cases to which the state was a party.

He also recognized that homeowners would need legal advice and representation to weather the storm. To make sure they got it, he created the Save the Dream program and worked with then-Chief Justice Thomas Moyer to recruit 1,200 volunteer lawyers and train them to handle foreclosure actions. “I’m proud of both programs because they enabled us to help Ohioans cope with the worst crisis many had ever faced,” he says.

He continued to help homeowners when he reentered private practice. “I began by representing people in foreclosure on a pro bono basis,” Dann says. “So foreclosure defense work became the foundation of the Dann Law Firm. We have offices in Cleveland, Columbus and Cincinnati. We are also affiliated with firms in Oregon, New Jersey and Chicago, and have co-counsel agreements in a number states.”

In addition to foreclosure defense, the firm now advises student loan debtors, files actions under various fair debt collection statutes, and uses Regulation X of the Real Estate Settlement Protection Act and Regulation Z of the Truth in Lending Act to secure substantial financial settlements for borrowers who have been victimized by banks and mortgage companies.

Dann and his team have become national leaders in utilizing Regs X and Z. “Few attorneys grasped the significance of these regulations when they were created under the Dodd-Frank Act,” he says. “But we saw almost immediately that the potential to win six-figure awards made it feasible for firms like mine to use the regs to fight banks and their ’tall building’ law firms. As a result, we’re helping borrowers save their homes and securing compensation that puts them back on their feet all while deterring future bad behavior by banks and mortgage companies.”

Ironically, the first step on his career path took him to one of the “tall building” law firms he now fights on a regular basis. It’s a path Dann believes was charted on his first day of nursery school when his mother walked him into the building and said in her most serious voice, “This is your first school, your last school will be law school.’ I believed her,” Dann says. “I just assumed every kid was expected to go to law school.”

That’s why Dann was not surprised to find himself in law school aft er graduating from the University of Michigan. He was instantly challenged and stimulated by the experience but noted that “Law school fulfilled my expectations, which I soon learned were different from those of my peers.”

“In 1987, everyone dreamed of working for a ’tall building’ corporate firm. I was the odd ball – I wanted to use the law to help regular people,” Dann says. “When recruiters from the big-name law firms visited campus, I told them I wanted to set up a law practice in the suburban strip mall so I could serve regular, working-class people. They thought I was nuts.”

Nuts or not, one of the tall building firms hired him. The ink wasn’t dry on his diploma, however, when he knew he had made a mistake. “I looked at my business cards the day I received them and thought, ’This isn’t me.’ I was out of there a couple minutes later.”

While walking away from a lucrative job may have caused trepidation in some, Dann describes his emotion at that moment as “pure elation.” It’s very much how he feels today. His thriving practice is “a dream come true” that enables him to use all his skills, experience and knowledge to practice the type of law he has always loved. “My passion has finally melded seamlessly with my vocation,” he says. “I get out of bed every morning at 5 o’clock, and can’t wait to start working!”

Today, a steady stream of people facing foreclosure or other hardships continue to contact his office. He’s also noticed a recent uptick in the number of senior citizens forced into bankruptcy because they entered into reverse mortgages. “If I’ve learned one thing over the past 25 years it’s that there’s an infinite supply of people in the world willing to cheat their fellow man,” he says.

According to Dann, his life is, for all intents and purposes, perfect. He and his wife, Kathy, enjoy spending time together hiking in the woods, taking in a good movie, and, when possible, traveling for pleasure. He also spends considerable time with his three grown children, Charlie, Mavilya and Jessie, who are sources of both pride and joy.

For now, and in the foreseeable future, Dann will continue to fight for people being abused by powerful institutions and interests. “I’m a recovering politician,” he says. “Now, instead of working on behalf of the masses, I help people on a one-on-one basis. I have the law practice I always dreamed about – at the conclusion of almost all our cases clients walk away with better lives.”

“It just doesn’t get better than that.”