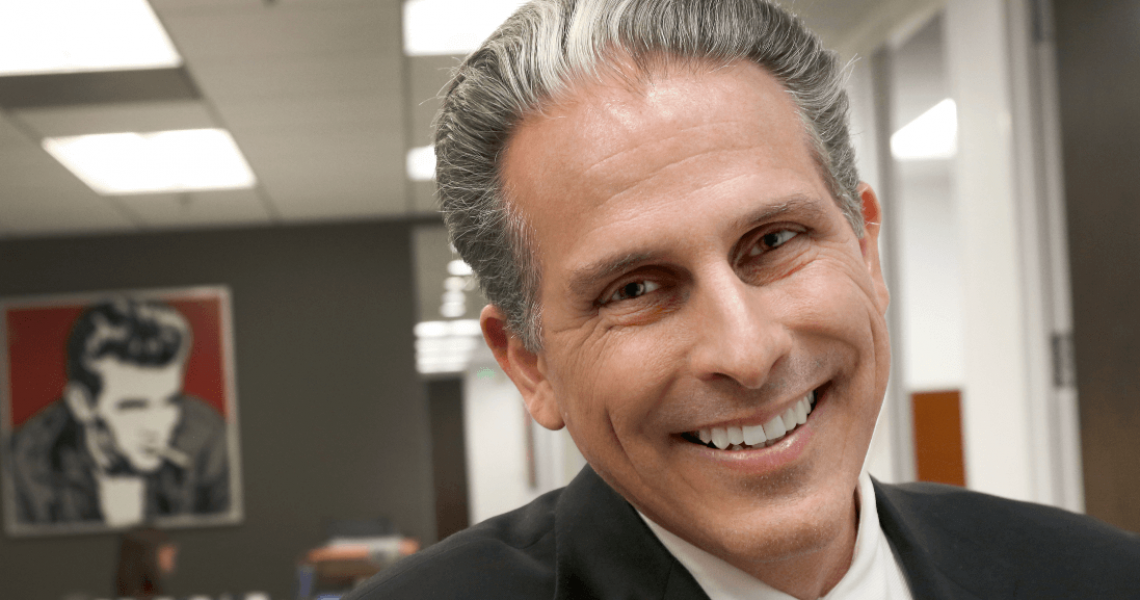 Family, church and the law. Raised in a large, loving family these were the precepts instilled in Matthew McNicholas from a very young age. In fact, as the youngest of seven children, McNicholas says he doesn’t recall ever consciously deciding to be a lawyer; in his mind, it was a given.

“I think I always just assumed I’d be a lawyer,” says McNicholas. “I just thought, ‘My dad is a lawyer, seems like a good living, I guess I’ll do it.’

“It wasn’t as though my parents expected it of me either,” he adds. “We’re a big, Catholic family, and they already had two lawyers so they wanted a priest or doctor with the last one. Well, I never could envision myself as a priest, and medicine just didn’t interest me, so … ”

Apparently, it was the right choice. Today, a partner in the firm McNicholas & McNicholas LLP, he’s recognized as one of the leading trial lawyers in California, representing victims in a range of areas, including catastrophic injury, wrongful death, employment law, maritime law, landlord-tenant habitability, product liability, sexual assault and other consumer-oriented matters, such as civil rights and aviation disasters.

But having a father in the profession didn’t mean McNicholas was handed anything. In fact, he began working his way up the ladder while still in high school. “Starting at the age of 14, I worked summers for my dad’s law firm,” he says. “I mainly worked in the copy room doing all sorts of menial tasks. That’s back when you had to manually paginate documents; so I did that, made copies, ran errands and helped take things to court. Then, as I got older and had a driver’s license, I’d go file documents and deliver various court related materials in addition to the copying stuff.”

During one of these working summers, while still in high school, McNicholas delivered some items to his father who was in the midst of a jury trial with another trial legend Raul Magana. During the lunch hour, his dad “asked” him to remain in the courtroom to handle some items.

“He handed me a book and said, ‘These are the remaining jury instructions, we need you to type them up.’ Well, there weren’t computers back then, I just had to use the clerk’s typewriter and the perforated jury paper,” McNicholas says. “I didn’t want to make any errors, so I typed very slowly.”

McNicholas still remembers the case to this day — the plaintiff was an employee at GTE shot nine times by an employee of a different company working the same job site. The GTE employee survived and sued the employer because he had warned his employer about the shooter. “While I didn’t know the exact terminology at the time, it was a negligent retention and agency issue. My dad came in second place in that case.”

After high school, McNicholas enrolled at UCLA for his undergraduate studies, then Loyola Law School. In the summer following his first year of law school, McNicholas was an extern for United Stated District Judge John G. Davies of the Central District of California.

“Technically, I worked for his two law clerks, who did all the research for the judge,” McNicholas says. “That summer, in that experience, I learned about legal writing. It was one of my best experiences during law school and really invaluable. I’m still friends with both of the clerks to this day.”

Every attorney at some point must decide in which area of the law he or she will focus. Again, this was seemingly a “no brainer” for McNicholas who had first observed his father and then his two older siblings in their practice.

“Well, as a kid all I really knew was that my dad was a trial lawyer,” he says. “In fact, it was exactly what all those TV lawyers did, so, in a way, I don’t think I realized there were other types of lawyers.”

As a successful trial lawyer himself, McNicholas has represented myriad clients in cases that range from wrongful death to employment law. Regardless of the client or details of the case, he focuses on preparation and researching every detail of the situation. Often this means learning every aspect of a particular industry.

“My trial preparation begins two to three weeks prior to trial by reviewing all the materials and preparing my examinations, which requires reading all depositions, analyzing all exhibits and annotating my exhibit books,” he says. “From there, I spend countless hours reviewing witness preparations, depositions and ultimately strategizing on building a strong and solid case.”

For instance, in one of his more memorable cases, McNicholas represented the children of a young couple who died in an auto accident that involved a tire failure.

“You have these three young lives, now orphans, somewhat in your hands,” he says. “They went to live with their paternal grandparents who had to come out of retirement in order to be able to support the children. They were spending everything they had, including their savings. At the end of the day, we were able to do right by all of them, with structured payments that at least made the financial aspects of their lives better.”

In order to proceed with this case, McNicholas had to become intimately familiar with the tire making process to identify a provable defect and how the manufacturer would defend the particular situation.

“When tires are manufactured, they have a round drum and put layers on it,” he says. “The first layer is like the inner liner, and then they start adding layers over it. These layers include rubber, synthetics, steel belts, cord plies, nylon plies, and they keep stacking these on top of each other. Finally, they add the tread piece and the sidewall, and essentially place it all in a huge ‘donut cooker.’ This is called curing, and it goes to a high temperature so that all the layers and compounds bond together.

“From time to time, there are problems,” he continues. “These can lead to tire failure. Sometimes there can be wear and tear issues that cannot be seen by retailers. We had a retailer we believed should have taken the tire out of service but didn’t do so.”

One area of the law in which McNicholas is heavily involved is law enforcement employment and whistleblower cases. “The subject matter is always interesting,” he says. “You’re often dealing with inside baseball stuff.”

As panel counsel with the Los Angeles Police Protective League and the United Firefighters of Los Angeles City, McNicholas speaks to and represents police officers and firefighters for the two departments. He has recovered more than $50 million on their behalf in cases involving racial and sexual harassment, discrimination and retaliation, and wrongful termination.

“While I have had many thought-provoking trials in my career, the most interesting trial I’ve had to date was the Nagatoshi trial,” McNicholas says. “It was my first LAPD trial. I represented a canine handler who was discriminated and retaliated against because of his race. It was the first time I got a real peek behind the LAPD curtain. Ever since, it’s been like Alice in Wonderland — I fell down the rabbit hole of the internal workings and mechanisms of the LAPD, which continue to reveal themselves with each subsequent case up to today.”

While he takes his work as a lawyer very seriously, at heart, McNicholas is a family man, and when he’s not in the courtroom or preparing for a trial, he spends time with his wife and three children as well as his large, extended family.

“Lawyer, husband, father, those are my three jobs,” he says. “Because of the nature of my work, it’s almost impossible to plan vacations, or at least to plan vacations around me. I think in order to do that, we’d have to plan two years in advance; there are too many trials to prepare for and the dates are always juggled around. My work is high-octane, high-end litigation which is very demanding on time and results. But my wife was once a part of it herself when she practiced law at Quinn Emanuel, so it’s never really been an issue at home.”

In fact, McNicholas met his wife in their first year of law school, and they married 11 years to the day after their first date. She had her own thriving practice, which she left in order to raise the couple’s three children.

When it comes to whether cases should or should not be tried, McNicholas says, “The types of trials I’m involved in can take a huge emotional toll on the people involved. So, I tell my clients that trials are like chemotherapy — you do it because you have to, not because you want to. And you hope your life is better on the other side.”