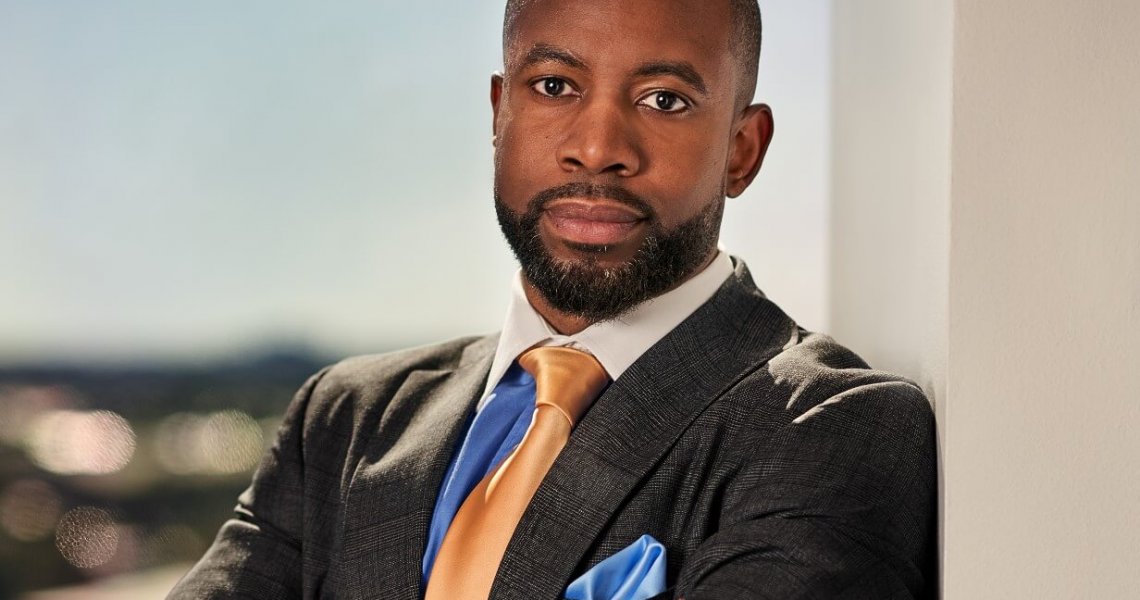 “This is the first time this publication has featured a personal injury attorney on the cover,” says award-winning attorney Nathaniel Mack III, and our Attorney of the Month. “Naturally, I’m honored, but I also think it’s indicative of how we’re gradually overcoming some of the misconceptions about our field of law.”

In tune and in touch, Mack consistently ranks among San Antonio’s premier attorneys. Utilizing both technology and personal interaction to effectively represent his clients, he’s frequently recognized for his innovative methods and hands-on approach. As founder of one of the most widely recognized personal injury practices in Texas, Mack is as passionate about defending the honor and reputation of his field of law as he is when advocating for his clients.

“I feel this is not only a great opportunity to introduce our firm, our vision and goals,” he says, “but also that it’s my responsibility to use this platform to help debunk so many myths regarding who personal injury attorneys are and what we do.

“There are any number of reasons attorneys in my field of law are viewed with some skepticism,” he says. “Perhaps it’s because we tend to advertise more than any other area of law. Also, most people, including other attorneys, tend to think of us as only representing slip and fall or automobile accident cases. While I do represent individuals who have been involved in those unfortunate situations,the majority of my practice is representing the ‘little guy’ against large corporations or industry titans who simply don’t care enough to put safety over profit. This includes cases against automobile manufacturer’s and the pharmaceutical industry.

“Really we are just advocates for people who have been harmed in some way through no fault of their own,” he adds.

Born and raised in San Antonio, Mack is the son of an Air Force veteran and a teacher. While Mack’s mother has taught in the Texas school system for years, her ambition in college was to be a paralegal. It was her love for the law that originally steered Mack in that direction.

“You might say my mom planted the seed,” he says with an affable smile. “When I was a child, she’d tell me quite matter-of-factly, ‘You’re going to be a lawyer.’ At the time, I wasn’t sure what that meant, but she seemed so certain, and I kind of liked telling people that’s what I was going to be.”

As he grew and learned more about the law, Mack says he began to realize that it really did sound like something that not only appealed to him but fit his skill set.

“I loved the idea of being able to use my expertise to help individuals who might not have the resources or knowledge to navigate the process alone,” he says. “Naturally, as I matured and investigated what practicing law entailed, I realized it was a great responsibility and something that required full commitment and a passionate drive to serve. The more I learned, the more I knew this was what I wanted to do. My mother planted the seed, but I took it from there and made it grow.”

‘TIME TO GO TO WORK’

Although Mack’s decision to pursue a career in law came relatively easily, it wasn’t until much later that he found his path to personal injury.

“During law school I was considering either corporate law, business law or perhaps sports law,” he says. “I was looking at various possible internships when I was offered one that sounded rather interesting at a firm in Illinois, across the river from Saint Louis University.”

The firm’s practice was virtually exclusive to asbestos mesothelioma cases, representing sailors from World War II, and the Korean and Vietnam wars, who served on ships and were exposed to asbestos. His second internship was with a firm representing entertainers in the music and entertainment business, working on copyright and trademark law.

“It was an honor to represent so many heroes who served in our military,” he says, “but I was still very green and in my head was still thinking about business or corporate law.”

With Juris Doctor in hand, Mack headed back to Texas where he took the bar exam thinking he’d find a job either in Houston or Dallas. But the phone never rang.

“We were still recovering from the recession,” he acknowledges, “and I was competing against a lot of attorneys who had prior experience, not just newly graduated. Things weren’t working out as I had planned. Then I got a call from a firm in Corpus Christi. I had never considered relocating to that city, but after several calls, I figured, ‘It’s time to get to work.’ I was working in a warehouse at the time and realized that was probably not the best use of my law degree.”

Mack’s new boss and mentor’s practice was personal injury law, and as they say, the rest is history.

YOU CAN GO HOME AGAIN

Eventually, the Corpus Christi firm opened an office in San Antonio, so Mack was able to return to the city he loves. His crash course in the intricacies and nuances of personal injury law evolved into a true passion. Mack had found his professional home. And as his experience grew, so did his passion.

“It was time to spread my wings and fly,” he says. “I had the confidence and experience to be an effective trial attorney, so it was the right time to take that leap of faith. Fortunately, I made the right connections over the years to bring it all together.”

Today, Mack has three Texas locations which include Houston and Midland.

In addition to hard work, dedication and a real passion for his work, Mack says that one of the keys to his success has been keeping the “personal” in personal injury.

“All those years working at other firms, I was able to finetune my practice,” he says. “Above all I’m a trial attorney – I’m willing and ready to hold companies accountable. If you’re not willing, ready or capable of taking a case all the way, then you’re not doing your job.

“That being said, I don’t believe I can really serve my client unless I know them, know their family and know their story,” he continues. “When I say I collect all the data, that’s not just the dates, times, or places; it’s really knowing the people you’re helping. Yes, we are a growing practice, with several locations and many lawyers, paralegals and support staff, but when you hire Mack Personal Injury Attorneys you get Mack. In effect, your clients become family.”

Knowledge is power and Mack is a strong proponent of gleaning as much information as possible. According to him, this translates into knowing as much about the defendant as his own client.

“You have to become somewhat of an expert in whatever industry has caused the injury,” he clarifies. “Unfortunately, too often companies put profits above safety. It’s my responsibility to find out what those preventive actions should have been. In order to understand that, I need to explore and comprehend how the company works. What is a reasonable expectation? How do the existing procedures protect the public? All this comes down to doing my homework.”

Faith plays a major role in Mack’s life. He’s been blessed with a wonderful career, a beautiful wife, Jessi, and daughter, Naomi, and a great community of friends. He also believes in giving back.

“I’ve always been involved in my community in one way or another,” he says, “but I’ve discovered that the more successful I am in my career, the greater my ability to give back.”

With this in mind, Mack founded, Mack to the Future, a charitable organization that creates a corporate volunteer structure to support local nonprofit youth organizations in San Antonio.

Continuing the play on his name, Mack and his team are in the process of developing the Mack App, which will allow people to document and submit their personal injury claims easily and accurately on their mobile device.

“Technology is always changing,” says Mack, “and even though we are a service-based industry, we also have to be technologically savvy. So, I’ve developed an app that, depending on the type of injury, individuals can immediately connect with us and be provided with guidance and direction. We are still working on it, but hopefully, it will be a game-changer.”

A game-changer. That might be the best nickname for Nathaniel Mack III. Progressive, spiritual and driven, this is one personal injury attorney who puts the best possible face to his profession.