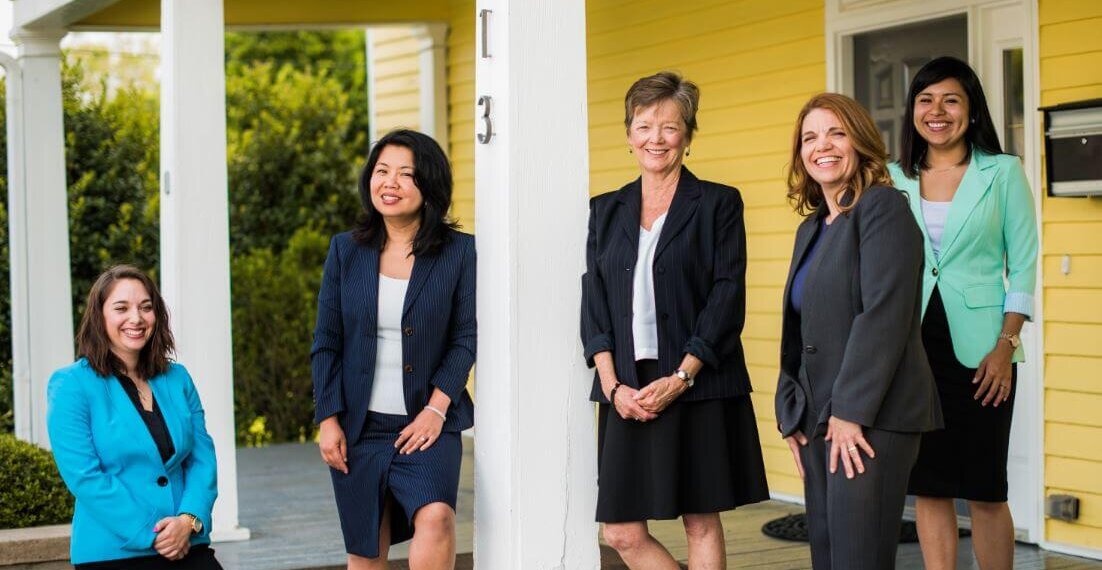 “While the recognition of marriage between same-sex couples is no longer an open question following the recent Supreme Court decision, the application of laws governing parenting does not necessarily mean equal justice for same sex families,” said Meredith Nicholson.

The attorneys at the Durham law firm of NicholsonPham, who focus on parenting and other LGBT issues, said they are finding that the recent U. S. Supreme Court’s Obergefell v. Hodges decision has resulted in more questions than answers.

“On one hand, Obergefell did decide the question of marriage. It allows us to apply the general statutes to same-sex married couples,” said Milan Pham. Nicholson adds, “We can go to the bookcase, pull out Chapter 50 and tell our same-sex clients ‘this is the statute that governs your marriage.’”

“Now, our clients can sue for equitable distribution and have a judge make a decision when spouses can’t agree. They can both jointly file a petition to adopt a child,” said Nicholson.

Meredith Nicholson and Milan Pham established their firm in 2009, and were joined by former state representative, Sharon Thompson, of counsel, in 2012. The firm focuses on LGBT family law matters, adoption, surrogacy and ART, and advocacy at the state and national levels.

“Obergefell did not resolve questions of parenting for same-sex couples,” said Nicholson.

“Obergefell has brought to light some of the past problems of parentage for gay parents,” said Thompson, North Carolina’s first Fellow of the American Academy of Assisted Reproductive Technology Attorneys. She is a career-long advocate for gay family rights and counsel in groundbreaking cases affecting privacy and individual expression, gay parents’ right to custody, and domestic partnership benefits.

“After much advocacy work, the N. C. Department of Health and Human Resources agreed to put the names of married same-sex couples on their children’s birth certificates,” said Thompson. “But just because you are on a birth certificate doesn’t mean you’re a parent, it only creates a marital presumption of parentage which can be rebutted by proof that a person is neither a legal or biological parent.”

“We do not have adequate laws in the state regarding parenting issues, particularly same-sex parenting issues. We need a comprehensive overhaul of our parenting statutes to cover gay parents, surrogacy, the modern age of family creation and parentage determinations.”

Many couples regardless of sexual orientation, have successfully used surrogacy and assisted reproductive technologies (ART), such as sperm donors and IVF procedures,, to create families.

“For same-sex couples, the rules have been and continue to be different,” said Pham.

“If a husband and wife achieve pregnancy through donor sperm within the bounds of legal marriage, that child is a legal child of that marriage. Married same-sex couples have not historically been able to rely on their marriages to create legal parenthood.

We believe they should be treated similarly, particularly post Obergefell,” said Pham.

“Consider two women who have jointly hired a doctor, jointly found a sperm donor, have jointly decided on a last name and jointly decided to raise a child together,” explained Nicholson. “Today, these couples will leave a hospital with a birth certificate bearing both their names, believing they are both parents, but they are not.”

“In these situations non-biological parents need to complete a step-parent adoption so that they have a court order declaring their legal parentage,” said Nicholson.

“For couples creating their families by surrogacy, the legal situation can become even more complicated,” said Pham.

“The retroactive application of Obergefell is a factor in more than new marriages,” said Pham. “Now we’re beginning to see cases of family dissolution, very similar to opposite-sex married couples. People separating, people arguing over assets, arguing over children; we’re seeing a lot more of that at this point.”

“Although the N. C. Department of Health and Human Resources will amend birth certificates for same-sex couples who were married after the 2014 Fourth Circuit decision in Bostic v. Schaefer, they have not been willing to amend certificates for children born to same-sex parents legally married in other states prior to that date,” said Nicholson. “Based on Obergefell, we think any couple who is validly married in any state that had a child after that marriage should have birth certificates amended.”

“It will take litigation to resolve the issues of retroactivity and parentage. In the interim, we will continue to look for workarounds,” Pham continued. “When we work outside the statutes, we’re always a little worried about what’s going to happen next. We need to ensure everyone understands the challenges of our current legal situation because we don’t have a statute that guides lawyers in addressing the unique needs of an under-protected community.”

“The LGBT community is testing the boundaries of the law. The community is already practicing what the law will have to decide,” said Pham. “We are responding to what is happening both here and in other states. We’re watching how other states deal with new issues and preparing for that transition in North Carolina.”

Thompson brings a broader perspective to the conversation of where legislation or a court ruling may be headed based on her experience and her network. “Having worked on these issues since the ’70s, when I have a question, I know the experts on the subject. We reach out to Local Legal Authorities in other states. There are people out there all over the country who have thought of these issues and worked on them extensively. We are constantly discussing how things are done in other states and what can or can’t be applied in North Carolina.”

“When we are before a judge discussing one of these unsolved issues and they ask what other states are doing about this issue, we are ready to provide that information,” said Nicholson. “Judges know these are national issues that are moving at lightning speed. They don’t want to do the wrong thing, but they also don’t want to be left behind. We are finding that many of the issues we are wading through have a common denominator: no court in North Carolina has dealt with issues on point and judges are making new law. We spend a lot of time preparing these cases so that, as much as possible, we can give the judge some comfort level.”

“There is no question that social media has expanded the conversation on samesex marriage. Our firm uses its Facebook presence to update clients on rulings and decisions that may have an impact on their cases,” said Nicholson. “We have created a healthy following and we post regularly on issues that impact the gay community and parentage in particular.”

“We do want people to have equal access to the courts and we do want families to be protected,” said Pham. “We do this for people who have traditionally been marginalized and excluded by the system of law, making success more challenging and more fulfilling as well.”