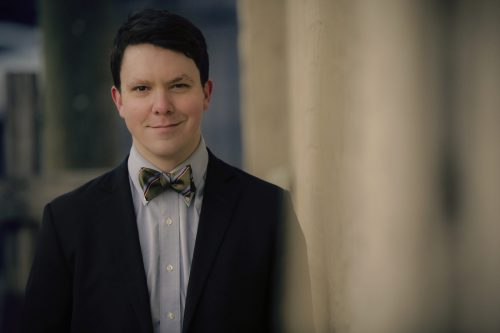 At 3 p.m. on a Tuesday afternoon Birmingham family law attorney Patrick Yeatts finds himself sitting across his conference table from his newest client. The 38-yearold woman has been married for 15 years, but tells Yeatts those last five years have become like a living hell. The marriage, as most do, started out well enough – he treated her with love and respect. Their separate jobs provided a nice income. Deciding to postpone children until her career was established, they waited until six years into their union to have the first of three children. He started out as a great father.

But it all went downhill from there. His overnight business trips became more frequent. She began hearing faint rumors of her husband’s interest in several other women.

Ten years into their marriage, he began to be abusive, first toward her, then toward the kids. Marriage counseling failed to help. Increasingly distraught, the woman turned to the only solution possible. Now she pours out her heart to an attorney she has met only a few minutes ago. She wants a divorce and primary custody of the children. She wants alimony and child support.

Patrick Yeatts has seen this scenario play out so many times. He listens to her story, knowing that her husband will be telling a convincing story to another attorney across town.

“In most divorce cases there will be factual disputes. My job is to present a compelling argument as to why my client’s position is the correct one. It’s not always an easy task.”

Clients come to his family law practice with expectations that, he says, are often not totally realistic.

“One of my biggest challenges is managing expectations. A client may have the expectation that if they go to court they will be vindicated. That’s not always the case. I try tell my clients what they need to hear, not what they necessarily want to hear.” From his years in the practice, Yeatts knows most cases are not cut and dry.

“There are so many variables that can impact the outcome of case, from the judge who hears the case to the reliability of a witness’s testimony.”

While many attorneys bring a degree in political science, economics, history or journalism to law school, Yeatts took a somewhat unconventional route. “I was a philosophy major at Hampden-Sydney College in Virginia. As a philosophy major, I enjoyed the debate and intellectual rigor of defending and attacking an argument. We had to examine abstract concepts and explain them in a clear and careful way.”

Deciding to pursue a career in law rather than pursue a straight philosophy path, Yeatts came to Birmingham to enroll in Samford University’s Cumberland School of Law.

“I saw that my studies in philosophy might translate well into a law career. The study of philosophy emphasizes critical thinking and analysis skills, which are valuable in litigation. At trial, you have to poke holes in the opposing counsel’s arguments and anticipate what the other side might say about your own.”

“Family law,” he says, “requires a strong ability to empathize with clients. Divorce and custody situations are usually fraught with emotion. You’re dealing with people who are going through one of the most difficult, if not the most difficult, times of their life. You have clients whose lives are virtually shattered.

“This can be a very traumatic experience, like being in a bad car wreck, because it can virtually wreck someone’s personal life. It’s not a small event. My role is to help guide them through a difficult period and show them that there is a light at the end of the tunnel.”

If there was one major thing law school taught him, Yeatts says it was the value of intense preparation. “I learned that preparation is everything. A successful trial is 90 percent preparation and 10 percent execution. You don’t ask a question you’re not certain what the answer will be. And you never underestimate the other side. You are trying to convince a judge of a particular set of facts, and that those facts are compelling and justify your position. In a custody case, for example, you have to convince the judge why your client is a good parent, and the better of the two parents to have control of that minor child’s life.”