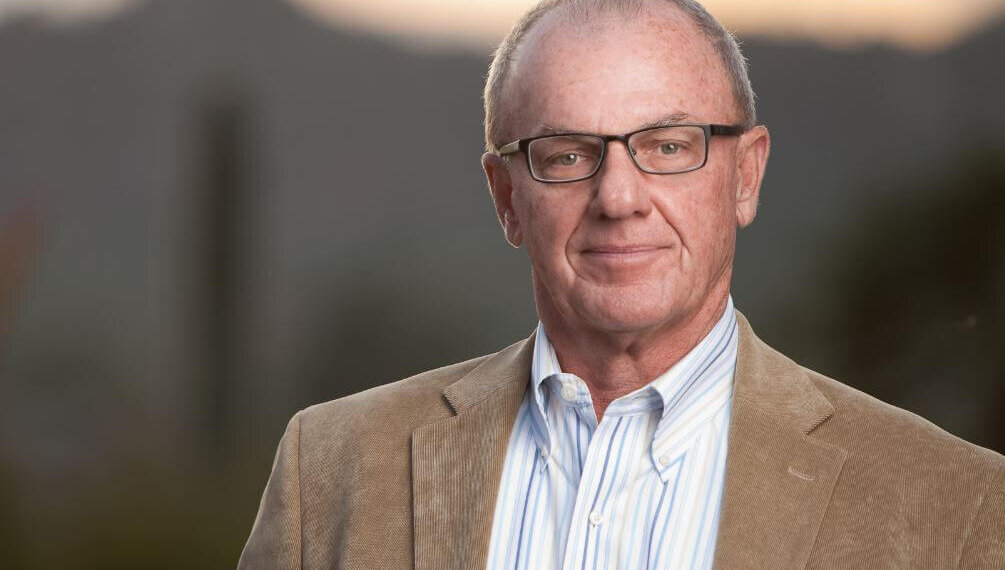 Philip Pfaffly: An Officer and a Gentleman of the Court

“I’ve always looked upon the practice of law as trying to accomplish two things – helping people and solving problems,” said Philip Pfaffly, a seasoned legal practitioner reputed for his expertise in doing just that. “People want to see their problems resolved in different ways. They may be looking for revenge or money, or they may just want to be tough and set a precedent. I’ve always tried to solve their problems, not in the way I wanted it done, or for the benefit of the firm, but in a way that was most helpful to them. And that’s what I still do.”

Pfaffly did not dream of becoming the next Clarence Darrow when he was a boy. In fact, he entered the law rather by accident, following his college roommates from Drake University to sit for the LSAT, on which Pfaffly scored among the top 1 percent. Then, during the turbulent days of the Vietnam War, he received a three year scholarship to attend law school at Duke University.

As it turned out, Pfaffly’s innate common sense, unflappable nature and desire to serve rendered him perfectly suited for a career in the law. Pfaffly spent the first portion of his litigation career as a defense lawyer and the latter half as a plaintiffs’ lawyer, granting him the extraordinary insight and poise he brings to his current practice as an ADR specialist.

It didn’t take Pfaffly long to recognize that his real passion was for the courtroom, rather than transactional work. And shortly into his career, he had the opportunity to participate in a lengthy and important trial involving polystyrene and polyurethane insulation, one that would spark thousands of future lawsuits. The who’s who cast of Minnesota litigators involved in the case presented Pfaffly with an unequaled learning opportunity and opened the door to the next phase of his career.

Respected Minnesota attorney Robert “Bud” Barnett recruited Pfaffly and took him under his wing. “He knew all the major litigators in town. He introduced me to people and included me in his meetings with judges and clients. He was well-known and well-liked. I only worked with him for six years because he died of a brain tumor in 1983, but he became one of my greatest mentors.”

Pfaffly further described Barnett as someone who went “above and beyond the practice of law.” When Pfaffly joined the firm, Barnett told him he had to do two things – take a winter vacation every year and buy a movie camera. Pfaffly and his wife were expecting their first child at the time. “Bud told me, ‘I want you to have that movie camera when your son is born. I mean now. Go right now.’ So I did. I got my son’s first years on that camera and later, my daughter’s. I wouldn’t have that history but for him. He had a wonderful perspective on life. He knew what was important. He had very low ego, and he considered family far more important than the law office.”

During his years working at the firm of Moss & Barnett, Pfaffly perfected his skill as a defense litigator. Then he was approached by a colleague about representing a man who was catastrophically injured when his office chair broke and he fell, resulting in a severe brain injury. Pfaffly worked collegially with the conscientious insurance adjustor to settle the case through one of the first structured settlements ever implemented. “The outcome completely transformed this man’s life. When I went to his house to deliver the first check, I told his wife, ‘This is it. This is what I want to do. I want to help people.’ That was the turning point from doing defense to plaintiffs’ work.”

A short time later, Pfaffly won the largest compensatory verdict to that date in Minnesota. In the trial of Erickson v. Abbott-Northwestern Hospital, he represented the son of radio celebrity Roger Erickson, who had been seriously injured while in the hospital’s care. “The jury came back with a $7.2 million verdict. I had worried about how they would treat a celebrity’s son, but in the end the jury was wonderfully fair. There was enough money to provide good nursing care for him for the rest of his life.”

That triumph caught the attention of prominent Minnesota firm Robins Kaplan, Miller & Ciresi, who offered him a partnership in 1993. “Robins hired me to do nothing but plaintiffs’ work, and that sealed the deal.”

Pfaffly’s skill for crafting win-win client solutions led to an additional opportunity at Robins Kaplan. “Early in my career as a defense lawyer, I won a case in which a woman with a bad injury got nothing. The jury made a valid choice and I had to do my job, but I really felt bad. It didn’t work out the way it should have. I always wanted to look at the bigger picture if the other side had a valid argument and find a way to resolve a dispute. That thinking isn’t always compatible with zealous advocacy. Mike could see that about me.”

Firm partner, Mike Ciresi suggested that Pfaffly become certified in what was then a burgeoning area of law – alternative dispute resolution. Pfaffly was one of the first professionals in the state to be certified back in 1994.

Among the many traits that make a successful mediator, Pfaffly identified these four as paramount: a calm demeanor; the ability to listen; a clear understanding of what both sides are trying to accomplish; and a genuine desire to solve the problem.

“There are so many cases nobody thinks are going to settle but me. Most do end up settling though and you have to have a positive belief that it will. You must play the peacemaker, be fair and honest with all parties and don’t give up on people. I’m still a strong believer in the jury system and there is nothing wrong with going to trial. I tell clients if they want their day in court, to take it. But they need to understand the time, money and risk it may require.

“I think in mediation, people feel better about resolving their dispute. In the end, they made the decisions. Even if they didn’t get everything they wanted, they weren’t caught in a vast system they didn’t understand and couldn’t control. If you look at the satisfaction levels of people who have been through trial, it’s about 15-17 percent. But for mediation, those numbers are between 85 and 90 percent.”

Throughout Pfaffly’s career, no matter which side of a matter he has argued, his personal and professional integrity have been in evidence. More than a decade ago, before the oil boom in North Dakota, Pfaffly took on a large case in Bismarck. He recruited a local attorney and agreed to split the fee when the case was over. Only three weeks later, the case was resolved and Pfaffly found himself on the horns of a dilemma. “All of a sudden, the case ended and I was on the hook to send him a check for $80,000. I thought about whether I should hold to that or try to negotiate less, since it turned out that he didn’t have to do any work on the case. I decided to honor the contract and I sent him a check for $80,000. When he got it, he called me and told me I didn’t have to do that. But I told him, ‘Someday, it will probably turn out the other way. I’ll need you sometime, and you’ll work a lot and probably get nothing.’”

Somewhere, the universe was listening. Today, that same attorney is a notable plaintiffs’ lawyer with sizeable cases coming out of the North Dakota oil fields. “He remembered me and now he hires me to mediate his cases where workers are terribly burned working in the oil fields. They’re some of the biggest cases in North Dakota history.”

The amiable relationships Pfaffly has developed over the years with his colleagues, including opposing counsel, provide the foundation for his ADR practice today. He has particular expertise in resolving matters relating to food-borne illnesses, medical malpractice and oil field accidents. Pfaffly now splits his time between the two states where he is admitted, Minnesota and Arizona, and he is regularly called to resolve disputes all over the country.

In August, Pfaffly will celebrate his 46th wedding anniversary with his high school sweetheart, Diane. With the recent relocation of their daughter, Anna, and her fiance from Boston, the family is back together in one city for the first time in over 20 years. The couple’s wedding is planned for October. Son, Matthew, a United Airlines pilot, lives a mile away with his spouse, Strand.

A true gentleman lawyer, Pfaffly’s greatness as a practitioner comes from his determination to “civilly serve both sides. The things we learn in kindergarten are sometimes more important than a knowledge of the law. If you keep your values – the values your mother probably taught you – those are the right values for the practice of law. I’ve never regretted it.”

“If you keep your values – the values your mother probably taught you – those are the right values for the practice of law.”