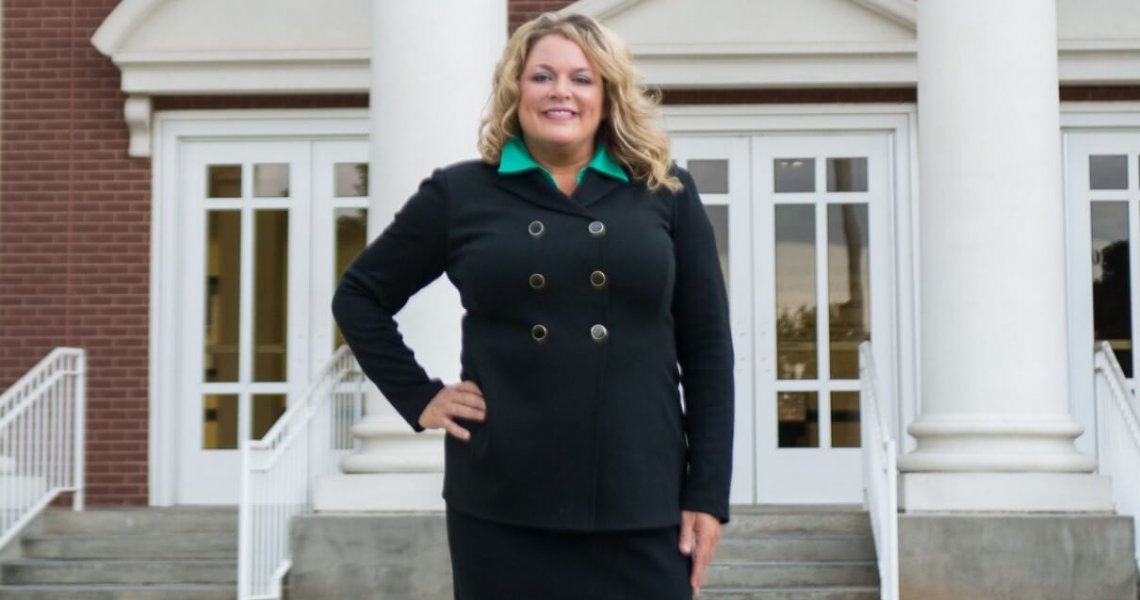 P.J. Campanaro: On Perseverance and Passion

Acting solicitor general turned family law solo practitioner, P.J. Campanaro brings a fierce ownership to each of her cases, leveraging her significant prosecutorial experience to the aid of her clients in the Augusta area.

A transplant from a small town outside of Knoxville, Tenneessee, Campanaro is a true southern belle. She earned her roots in Tennessee along with her undergraduate degree in English before accepting a spot at Samford University’s Cumberland School of Law in Alabama.

From a young age, Campanaro was on the fast-track to a career in the law, an ambition bolstered by her parents.

“Perhaps it was my propensity to argue any point,” she laughs. “Whatever it was, I found myself entering the Tennessee business world armed with a Juris Doctor and an itch to do some good.”

Campanaro began her work with the Knoxville District Attorney’s Office while finalizing law school. She clerked directly for the DA Randy Nichols and was even involved in the notorious Thomas “Zoo Man” Husky serial killer case.

“I learned a lot,” she says. “After graduation, I moved to the Ninth Judicial District as an assistant DA, where I put those lessons into action.”

She seemed to have quite the knack, with a strong courtroom presence that led to an impressive success rate with her cases and recognition by the Tennessee Rural Legal Services.

In 2004, Campanaro married her husband and the couple decided to make their home in Augusta, Georgia. With her experience in domestic abuse and DUI law, Campanaro was hired on at the Solicitor General’s Office.

There she made a name for herself in the Augusta legal community, successfully prosecuting all of her DUI cases in Richmond County.

The Fork in the Road

Six years later, when her mentor Solicitor Harold Jones stepped down, Campanaro was promoted to acting solicitor general. In 2010, when a replacement had been secured, Campanaro knew it was time to make a change of her own.

“I was ready to work for myself,” she says. “I wanted to go into private practice and use my experience to help the good people of the CSRA.”

Looking back, Campanaro admits that she was hesitant. She knew many attorneys tried to cross the aisle and that many struggled and sometimes failed in the process. She was determined not to be one of those failures. Today, she has a thriving solo practice in Augusta.

While she has always been passionate about criminal law, Campanaro had spent what felt like a lifetime in a very draining but exciting practice, one that ends with men and women behind bars potentially for the rest of their lives.

“It takes an emotional and mental toll on you,” she says. “To hold someone’s life in your hands is an enormous responsibility. As an attorney, you have to be up for the challenge and not all attorneys are.”

With her background in domestic violence and child abuse cases, Campanaro saw an opportunity to transform her experience into a family law practice. Today, the Law Offices of P.J. Campanaro primarily focus on family law issues, including divorce, child custody and support, paternity and adoptions.

When asked about the transition Campanaro says, “I haven’t left my frustrations with criminal law; family law, particularly domestic cases with child custody issues, can be incredibly complex and frustrating. I have one case that has been going strong for more than five years now.”

This, according to Campanaro, is just one of the many signs of a broken system.

“We set these families up for failure by pitting them against each other rather than working together toward a peaceful and amicable resolution,” she says.

Looking ahead, Campanaro is excited to watch the growth of collaborative divorce and other approaches to the practice that embrace a more holistic technique.

At the end of the day, though, when Campanaro has helped her clients persevere through the legal system, she is met with her reward – gratitude. “Hearing them say thank you makes everything worth it,” she says.

Outside of the office, Campanaro is actively involved in the local community through her participation in the Augusta Bar Association and Young Lawyers of Augusta. She was also a proud graduate of the 2010 Leadership Augusta class. Occasionally, if her schedule permits and under her discretion, she will take on a pro bono case as well.

Although she refuses to give up her loyalties to “Rocky Top,” she has immersed herself in the community her family adopted.

When she’s not organizing fundraisers for Leukemia & Lymphoma Society or in the courtroom, Campanaro is focused on indulging in her free time.

In addition to running triathlons and reading, Campanaro’s goal is to spend as much time as she can with her two daughters, Sophie and Olivia.

“Exercise is my muse to maintain sanity,” she says. “When we first moved here, I used my exercise routine to connect with people in the community. It’s a great way to meet people.”

She has competed in several half-marathons and one full marathon. Always seeking the next challenge in life as well as her practice, she has taken on the Ironman challenge. She recently successfully completed the Augusta Half Ironman triathlon, adding swimming and cycling to her repertoire.

For Campanaro, her career is the same as her life – it’s all about passion and perseverance.

Looking at her own career and the future of the firm, Campanaro hopes to add some more attorneys and paralegals to her team in the coming years and possibly look toward a judgeship. Right now, she works out of a shared office space with other attorneys and legal professionals who maintain a casual yet professional atmosphere.

“The future is brimming with possibilities,” she says. “I have the passion to succeed and the experience to put in the needed work. the sky is the limit.”