An Interview With The Most Reverend Bishop Thomas John Paprocki 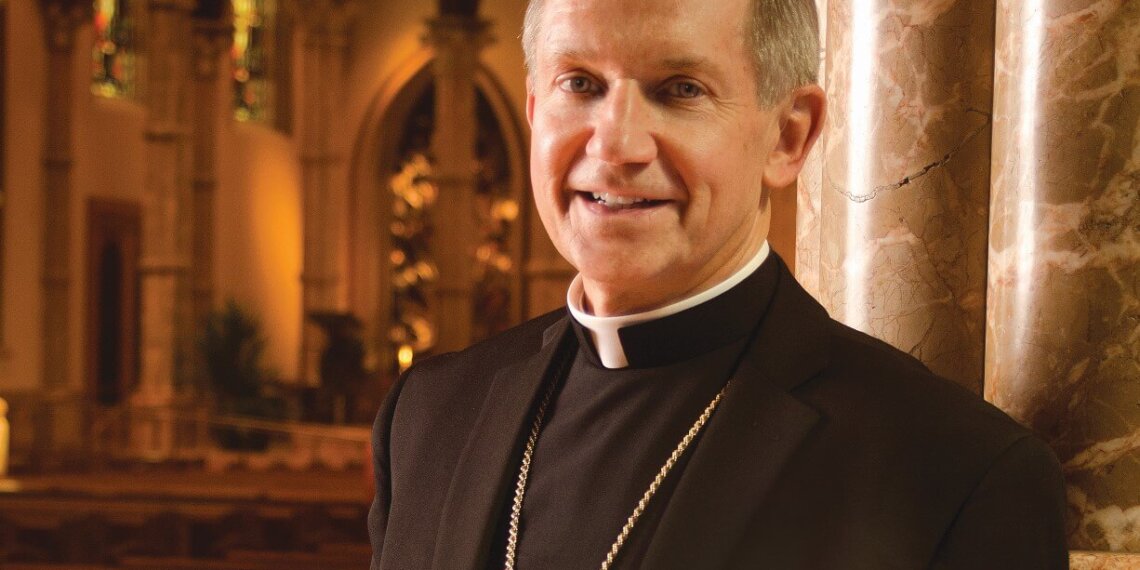 Attorney at Law Magazine publisher Chris Haigh sat down with the most Reverend Bishop Thomas John Paprocki to discuss his law degree and how he uses it to help others.

AALM: What compelled you to seek your Juris Doctor?

Paprocki: As a priest, I wanted to help the poor, but I didn’t want just to talk about it – I wanted to put my words into action. I describe my law degree as a tool for ministry. In that sense, I found the law degree to be a means to an end. The two great commandments are to love God with all your heart, mind and soul, and to love your neighbor as yourself. Caring for the poor brings people closer to God by helping the donor to practice virtues such as compassion and generosity, and helping the recipients of such compassion and generosity to know that they are loved.

Obtaining a law degree also improved the way I organized my messages and the way I communicated with others, including parishioners, in order to be clear and easily understood. I knew that law school would refine my ability to create thought-provoking messages. Although I share priesthood with a number of former lawyers, I believe I am one of the few priests or bishops in the Catholic Church to go to law school after seminary studies. Unlike some who went to law school prior to seminary and see legal careers as something they left behind in order to take up their priestly ministry, my work as a lawyer is very connected to my ministry as a priest and bishop.

AALM: Tell us about the Chicago Legal Clinic and the steps you took to co-found it.

Paprocki: When we were seniors in law school, one of my classmates, Ed Grossman, interned with the DePaul Legal Clinic. This experience inspired us to use these acquired skills to provide legal assistance for the large number of workers who lost their jobs due to the reduction of steel mill operations in the area on Chicago’s south side where I was assigned as a priest. Unfortunately, many of their legal needs were not being met by other clinics.

So in 1981, the year Ed and I graduated law school and were admitted to the Illinois bar, we founded the South Chicago Legal Clinic, Inc., now known as the Chicago Legal Clinic, Inc., to offer legal representation in areas of law essential to individual well-being, such as housing, consumer, family, entitlement, immigration, debtor and employment law. We wanted to make representation accessible, affordable and bilingual.

AALM: Tell us a little bit about Chicago Shares and your involvement in its conception.

Paprocki: I can’t claim to be the one who conceived of Chicago Shares, but I’m pleased that I was able to watch it launch and grow during my tenure as a priest at Holy Name Cathedral in Chicago. Chicago Shares is a wonderful program that allows Chicago citizens and parishioners to purchase vouchers for our homeless and impoverished community. Through distributing $1 vouchers instead of cash, Chicagoans can be assured that their offerings to people on the street are used to purchase food and necessities at local grocery stores and food establishments. Notably, the vouchers have the limitation of being used for food and non-alcoholic beverages only. The hope was that this policy ensures generosity in the Chicago area, and the nourishment of those in need.

AALM: Tell us about your time in Poland. What did you enjoy the most and how has it affected your life since returning to Chicago?

Paprocki: I have made several visits to Poland, the most significant of which were the two summers I spent studying Polish language and culture for six weeks each at the Catholic University of Lublin in 1989 and at the Jagiellonian University in Cracow in 2000. These studies enabled me to serve as pastor of St. Constance Parish, a large Polish-American parish on the northwest side of Chicago, as well as to serve as Cardinal George’s liaison to the Polish community when I was auxiliary bishop of Chicago from 2003 to 2010.

AALM: As an adjunct professor at Loyola University Chicago School of Law, how have you seen the legal profession and the education of lawyers evolve?

Paprocki: Job opportunities for lawyers have diminished and so enrollment has decreased. This has improved the teacher-student ratio in class, so that is a good thing, but the fewer number of students in a seminar like my course means that there are not as many student projects being presented in class.

AALM: If you could leave your students with one lesson, what would it be?

Paprocki: The most valuable lesson I try to instill in my students is to maintain their personal integrity by keeping a strong link between high ethical standards and their everyday actions in the practice of law.

AALM: Of the 20 marathons you have run, which is the most memorable? Why?

Paprocki: The Boston Marathon is at the top of my list because of its famous history and the fact that it is the only one for which runners must qualify to run. Next would be Rome and Athens, memorable for their scenic settings. Running the Chicago Marathon seven times in my hometown was also a lot of fun.

AALM: I understand you first played hockey in your father’s store basement. Do you still play today? Which team do you root for?

Paprocki: Yes, I started out playing floor hockey with my six brothers in the long, narrow basement under our dad’s pharmacy. Eventually I learned how to ice skate when I was in the seminary graduate school. I still play goalie when I get a chance with the Masters Hockey League in Chicago and pickup games in Springfield, where I serve as goalie coach for Sacred Heart Griffin High School. I root for the Chicago Blackhawks, of course!

AALM: How have you sought to use your legal knowledge in the community?

Paprocki: I have sought to use my legal knowledge by helping the poor with their legal needs through the Chicago Legal Clinic. My legal education has also helped me to think and communicate clearly as a leader in the Catholic Church. Teaching on the adjunct faculty of Loyola University Chicago School of Law is another way that I have used my legal knowledge in the community.

AALM: What problems do you see in the legal profession and how do you recommend they be remedied?

Paprocki: While I don’t consider it a problem, I do have an overarching goal for our legal community. I would love to appeal to the legal community – and to our community in general – to put into everyday practice our love of God and neighbors. This is what the Chicago Legal Clinic, for example, was intended to do. But there are so many other ways we can put our love for God and others into practice.

I also believe in – and preach – putting one’s faith into action. My hope is that parishioners and believers in God leave their places of worship with goals to take actionable steps for the good of society throughout the week. Too often, it is easy to segregate work from the values we learn at church. I want to encourage our community to bring those values to the workplace and to our work weeks.

I see a strong connection between being a person of faith and being a good lawyer. I believe that one’s faith must inform the practice of law, not just for me as a minister of religion, but for everyone. The First Amendment of the United States Constitution speaks of the free exercise of religion. Freedom of religion is not the same as freedom of worship. There are some who want to speak only of freedom of worship. But this relegates faith to a merely private sphere. Religion, in contrast, is what happens in society when faith is put into practice.

AALM: You have compared the recent Hobby Lobby decision by the U.S. Supreme Court as a precursor of another Roe v. Wade case. Can you explain further?

Paprocki: Roe v. Wade was a wrongly-decided case based on faulty philosophy, faulty medical information and faulty legal reasoning. The Hobby Lobby case correctly upheld the right of the owners of a closely held corporation to the free exercise of religion. This narrow decision is encouraging to people of faith, but it rests on a precarious majority. If that majority can hold, then there is hope that the court could take a case that would ultimately overrule Roe v. Wade.

AALM: What responsibility do you believe lawyers have to their community?

Paprocki: I believe that we lawyers have a responsibility to use our expertise to do something for the common good. The focus for many attorneys after graduating law school turns to how to pay the bills. That is unavoidable, but it does not preclude contributing to the common good. Doing so, however, needs to be intentional, well thought out and put into practice according to the circumstances of one’s condition in life.

AALM: What do you enjoy most about the city of Chicago?

Paprocki: I love Chicago’s lakefront. Training for so many marathons has involved putting in lots of miles up and down the beautiful lakefront. This has given me many lasting memories.

AALM: Of your many accomplishments, which are you most proud of achieving?

Paprocki: As a “shepherd of souls,” my vocation is to mediate the relationship between people and God. As such, my greatest accomplishment is bringing someone into a loving relationship with the Lord. Only God and the people I have served know if I have been successful in this regard.