Roni Sokol Focusing On The Personal Side Of Personal Injury 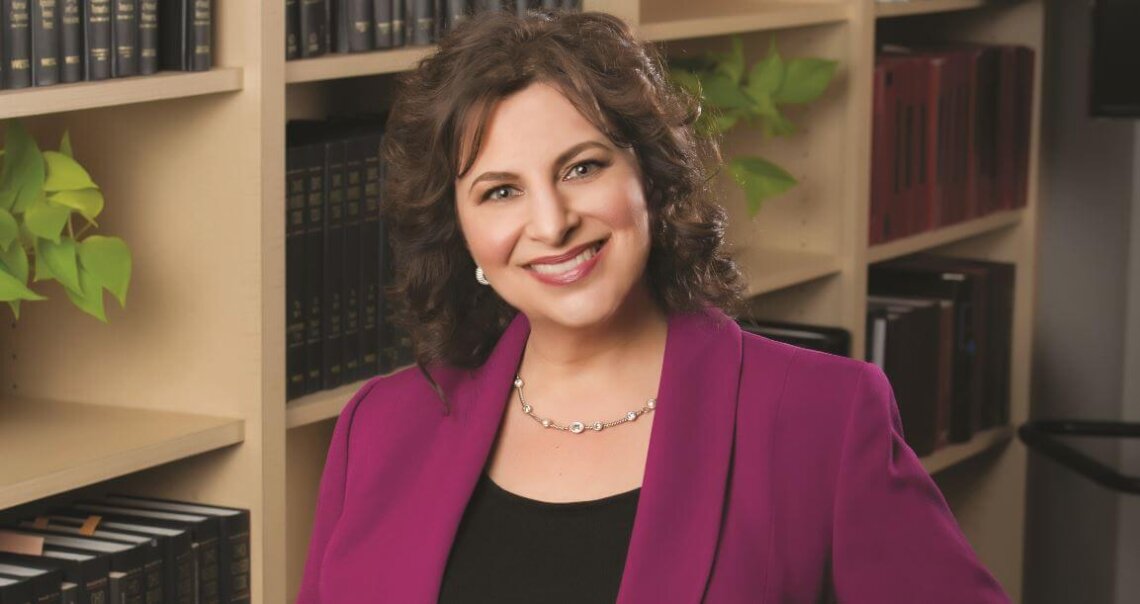 Given the right circumstances, it is likely Eleanor Roosevelt and attorney Roni (pronounced “Ronnie”) Sokol could have been good friends. Certainly, Sokol subscribes to Roosevelt’s sage advice, “Do what you feel in your heart to be right-for you’ll be criticized anyway. You’ll be damned if you do, and damned if you don’t.” Sokol’s own experience bears this out.

“When I was single and focused on my education and then career, friends would chide me, ‘You need to get married and start a family. You’re running out of time!’” she says. Then, she did get married and started a family. Although she was on partnership track, she knew if she kept working at that pace she would have little time with her new baby. So, she essentially walked away. But that elicited equal criticism! “Are you crazy, throwing away a six-figure career to be a housewife?” Sokol took these comments in stride.

“I don’t have any regrets,” Sokol continues. After her second child was born, her firm welcomed her back with open arms, agreeing to a part time basis, allowing her more time with her family. But change was in the air.

Not one to vacillate or second-guess, once Sokol makes a decision she takes action. This is not to say that she doesn’t carefully weigh the pros and cons, but once the choice is made, her focus is on making it happen.

Like many undergrads, while attending UCLA, Sokol did not have a clear vision of what she wanted to do with her education. A part-time job with a female solo-practitioner however, kindled an interest in the law. During her senior year she took some law classes.

“I was definitely interested,” she admits, “but I didn’t want to make such a huge financial commitment until I was sure.”

After graduating, she worked for a few years as a legal secretary for litigation attorneys. “I read everything that came across my desk from top to bottom,” she says. “Co-workers would ask me, ‘When are you going to law school already?’ I would answer with a grin, but there came a point where I knew I was ready.”

Unfortunately, there were many other voices determined to convince her otherwise. “So many people will tell you, ‘Don’t do it! It’s the worst!’” she recalls. “I never understood why they would want to discourage someone from seeking an education and bettering herself. I was especially disappointed when women tried to talk me out of it.”

“Sure it is hard and there are some less than pleasurable aspects, like studying day and night and having a limited social life, but I would never tell anyone not to do it!”

Quite the contrary. Sokol, now an award-winning attorney, frequently speaks before various professional groups and is particularly encouraging to young women to follow their dreams.

Always an avid student with a zeal for learning, Sokol threw herself wholeheartedly into her studies. Upon graduation in 1995, she found she had not one, but three attractive employment offers from prominent Los Angeles law firms. For the next seven years, Sokol immersed herself in her work as a defense attorney specializing in construction and insurance bad faith cases. As always, she strived to be the best.

“I became very good at it,” she acknowledges. “I was known as the ‘go-to’ person for all types of insurance questions.”

Of course this constituted long days, sometimes up to 60-plus hour weeks. Working primarily with male counterparts with wives at home to see to the domestic side of their lives, Sokol felt compelled to match them hour-for-hour without complaint. But when she and husband Brian welcomed their first child, that schedule no longer seemed viable.

“The baby went to bed at 7 p.m., so that meant I would see him for less than an hour a day. That seemed crazy,” she says. “I gave my notice. Brian was very supportive, and my employers were very kind; they even offered me a part time schedule. But I wanted to focus all my time and energy on my child.”

Once her second child came along, and Sokol felt she’d given her a good start with plenty of mommy time, she knew it was time to return to law. As mentioned, she was welcomed back enthusiastically and arranged to work a part time schedule. Still, Los Angeles commuting can be daunting. Despite the reduced work hours, Sokol was still spending up to two hours in the car every day. It was time for a change, and one of her famous decisive decisions.

“We’d been talking about moving to my husband’s home state even before my daughter was born,” she says. “We felt it would be a great place to raise our children. Also, we looked forward to being close to his whole extended family.” Her husband was not sure that a California girl could adapt to Ohio winters, but she assured him that she would try her best. “Every time we would come visit his family and got out of L.A., I always felt so relaxed and calm. It’s a very mellow and welcoming environment. I wasn’t going to let a little snow stand in my way.”

Unfortunately, because California doesn’t permit reciprocity, Sokol was forced to take the Ohio bar exam prior to practicing in her new home state. She passed with flying colors, and landed a position with a local defense firm. Though she excelled at her work, Sokol soon felt her passion fading. Whether it was the tedium of endlessly tracking billable hours, or even the fact that she often found herself empathizing too much with the plaintiffs, she was feeling restless.

To effect a change, she took a highly coveted job overseeing severe bodily injury claims with a national insurance company. As she explains, “At first it felt like a dream job—monitoring litigation rather than actually litigating. Also, I learned an enormous amount about how insurance companies evaluate claims. At the same time, I found that I was feeling sorry for the injured claimants and wanted to have the ability to pay them as much as possible. It was a hard position to be in. I’d work day in and day out with all these plaintiff attorneys and thought, ‘I could do that!’”

After agonizing briefly over the risk of starting her own practice, she decided to take the plunge. Although she didn’t know where her first client would come from, that was revealed when her husband came home and advised that he had just given her phone number to a woman at work who had been involved in a serious car accident and didn’t know where to turn.

That was the first of a steady flow of clients to follow, and today The Sokol Law Firm in Beachwood handles an average of 30 to 40 personal injury or civil litigation cases at any given time, often with sizable settlements.

Once the doors opened, Sokol’s practice seemed to take on a life of its own. She did a bit of advertising, but most of her clients come either from word of mouth, the Cleveland Metropolitan Bar Association’s Attorney Referral Service, or from her extensive networking.

Sokol’s website is filled with accolades; the same empathy and compassion she found disconcerting while representing insurance companies, make her clients feel like they are her friends. Offering large firm experience with small firm service, clients receive her undivided attention. In fact, callers are often shocked when they realize the person answering their call is not a receptionist, but Sokol herself.

“Here for you when you need me,” is not just a slogan, but a promise.

“I feel like I have a purpose here,” she says. “I like to be able to help people. I don’t take a case to get rich, in fact, many times I know a case is not going to be particularly lucrative, but I take it anyway because I know that I can help. I represent people who I know have been mistreated and deserve to be compensated.”

A petite dynamo with a warm and welcoming smile, male opponents only underestimate Sokol one time. “Once they spend some time with me, they know I am a force to be reckoned with,” she says with a chuckle. “A couple of attorneys have actually said to me, ‘You seem so sweet and kind, but I definitely wouldn’t want to go up against you in court!’”