Selling Out Public Safety and the Taxpayers for a Political Agenda

The national debate about bail reform is one of the most hotly contested issues of our generation.  As such, the acrimony and rhetoric has reached such a negative level that the parties involved can no longer even agree on the basic framework for the debate.  It’s against this backdrop that the case of ODonnell v. Harris County in the United States District Court in Harris County, Texas has unfolded.

Ms. ODonnell, a single mother, lost her driver’s license and insurance for previous driving convictions involving the use of controlled substances.  Held for two days in jail, her attorneys argued that she was unlawfully denied the right to bail because of her inability to pay the amount prescribed on the county’s bail schedule.

Thus the debate begins.  There was a time when most, if not all, would agree that the purpose of bail was to ensure that a defendant appeared in court for hearings and trial.  If the defendant failed to appear, then justice could not be had for victims, cases got further backlogged and there would be no accountability for defendants who may have felt they could commit other crimes without penalty.  Therefore, if the defendant lacked a good explanation for a failure to appear, then the defendant may have been required to remain in jail or required to give additional security by the court.  However, advocates for change now argue that there is no situation where a misdemeanor defendant may be held pretrial.

All parties to the federal litigation in the ODonnell case have asked U.S. District Court Judge Lee Rosenthal to approve a proposed consent decree that essentially takes over the bail system in Harris County.  In doing so, it would change and raise the constitutional and statutory requirements under the Texas Constitution and the state’s law.

The ODonnell case began in May 2016 with a complaint, motion to certify class and a motion for a temporary restraining order filed against Harris County, Sheriff Ron Hickman and five other defendants.

After litigating motions to dismiss for failing to state a claim, the plaintiffs filed an amended complaint in September 2016, which added as defendants all 16 criminal court misdemeanor judges in Harris County.  It was alleged that the judges were acting as policy makers for purposes of establishing jurisdiction in federal court since they had all signed a standing order adopting a bail schedule.  The complaint alleged that defendants were not given an opportunity to request a deviation from the bail schedule when they first saw a judge and that this violated equal protection and due process requirements under the federal Constitution.

The trial court entered two preliminary injunctions which were appealed to the Fifth Circuit which issued multiple opinions reversing and/or staying the trial court’s orders.  In August 2018, the U.S. Court of Appeals for the Fifth Circuit stayed portions of a second preliminary injunction holding that there is no fundamental right to be free from any form of wealth-based detention.  After an election in November 2018 where all but one of the 16 judges were replaced, as a part of settlement negotiations, the 16 misdemeanor judges adopted Local Rule 9.1, which ordered the release of 85 percent of all defendants without bail (unless they fell into several specific areas).  This large group of defendants never see a magistrate.  The policy also created a “General Order Bond” that is not recognized under Texas law.

The parties involved have filed a proposed consent decree which would change Texas law in several respects.  First, a defendant would be able to require his or her case to be rescheduled at least twice if they missed court under certain circumstances, despite a Texas law which requires a defendant to be present for all pretrial hearings.  Second, a defendant may require a trial court to withdraw a warrant after a failure to appear in certain situations.  Third, the parties have agreed that the county will conduct a study to determine why defendants fail to appear for court.  They have also agreed in advance that Harris County will implement and fund the recommendations of the study, no matter what they are.  Therefore, if the study determines that defendants are not appearing for court because, for example, they need a phone, a ride or childcare, Harris County has agreed to implement whatever is called for from the findings.

In anticipation of the finalization of the proposed consent decree, Harris County has set aside approximately $95 million for its implementation.  Also, Harris County Commissioners had proposed a tax increase to provide further funding, but this effort was killed when two commissioners refused to appear, thus denying the super-majority vote this action would have necessitated.

Turning a Win into a Loss

Harris County was winning the federal court litigation.  The Court of Appeals ruled that defendants had a right to a hearing to ask for a deviation from a bail schedule.  The former defendants (defeated in the election) would have agreed to this remedy years ago, but the plaintiffs insisted any settlement had to exclude surety bonds for all misdemeanor cases.

One of the plaintiffs’ attorneys recently admitted publicly that they could not win the legal arguments in this case.  Therefore, he stated they had to win the election by turning over the judges in Harris County, an objective that was resoundingly met.  During the campaign, proponents charged that settlement was needed because the county had spent over $8 million in legal fees.  Their arguments were effective and the election was won on a platform of change.

However, the same group behind the strong criticism of the expenditure of $8 million for legal fees is now advocating spending more than $95 million as a down payment to implement the actions called for in the proposed consent decree.

Numerous studies were introduced into evidence by the parties during the course of the hearing regarding the plaintiffs’ motion for a preliminary injunction.

Some of the studies showed that a government-run system was almost as effective as the private surety bail system (the “D.C. Model”).  A few were revealed to be about half as effective (the “Kentucky Model”).  Still others indicated they were nowhere near as successful as the private surety system.  The trial court ultimately determined that the study regarding the D.C. Model was the most “believable,” while all the others were not “credible.”  There was no effort to determine why the different studies came to different conclusions on appearance rates.  It has been suggested that a possible explanation, that was not considered, for the different results was the level of supervision given to defendants under each system studied.  The D.C. Model is very expensive, in part, because it provides a high level of supervision.  The Kentucky Model provides less supervision, and therefore, is less successful.  Logic would seem to indicate that if no supervision is provided to individuals released on PR bonds, the failure to appear rates would likely increase dramatically

However, the plaintiffs and newly-elected judges attacked these numbers as manipulated and false — even though they were prepared by court staff.  The failure to appear rates under the new judges are cloudy at best.  Current statistics are unreliable because the courts are revoking bonds, rescheduling hearings and/or flat-out refusing to execute judgment nisi’s that would document bond forfeitures.

Therefore, the best data indicating how the courts are performing comes from the number of pending cases because this information is reported to the state.  The Texas district attorney recently filed a declaration in the federal case alleging that the number of pending misdemeanor cases has exploded since 2018.  However, the newly-elected judges dispute the numbers and deny that their pending case numbers are dramatically increasing.

Citing various authorities and studies, the plaintiffs have stated that the proposed consent decree will decrease crime and make communities safer.  However, since implementation of Rule 9.1, a number of law enforcement groups have strongly disputed these arguments and maintain that its impact is quite the opposite.  While the Harris County District Attorney has supported Rule 9.1, she has expressed opposition to other portions of the proposed consent decree on the grounds that it will make it very difficult or impossible to prosecute criminal cases in Harris County.  She also has alleged that these additions violate Texas law.

When Rhetoric and Reality Never Meet

In many ways the debate about bail reform has reached a level that the parties can no longer agree on basic elements of the debate.  There should be agreement on what works and what does not.  But in this polarized climate, this seems to be impossible.  In the ODonnell case there is disagreement on basically everything.  Even now, the new judges would argue that Rule 9.1 is working even if law enforcement and others deeply involved in the issue declare that it is not.  Sadly, but not surprisingly, there is no debate about how to improve the system.  The debate seems entirely focused on the singular premise that one side is lying or does not understand the settlement.

In the meantime, defendants are repeatedly receiving PR bonds, failing to appear, and then receiving a new PR bond in a vicious cycle causing an ever-growing backlog of cases.

To stop the madness, all parties should agree to certain basic tenants:

For any system to work, it must have accountability.  If a defendant fails on a PR bond, that same defendant will most likely fail on another PR bond.  Therefore, a defendant may require further supervision which can be provided through a surety bond.  Alternatively, the court may determine that a cash bond is required.

The proposed consent decree in the ODonnell case is a train wreck in the making.  The Harris County District Attorney’s office, law enforcement groups and victims’ rights organizations have raised serious concerns about its approval, saying that Rule 9.1 is already allowing more crime to take place and that the proposed consent decree will make it worse.  Meanwhile, advocates of the settlement claim it will lower crime and make Harris County a safer place.  The plaintiffs’ counterargument is that the other side is lying.

The perspective of time will give a clear answer to the questions raised in this case.  However, a review of its history and an analysis of what has transpired offers a grim glimpse of what we can expect in the future if cooler and wiser heads do not prevail. 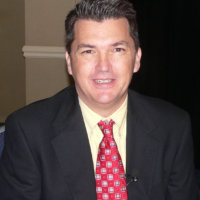 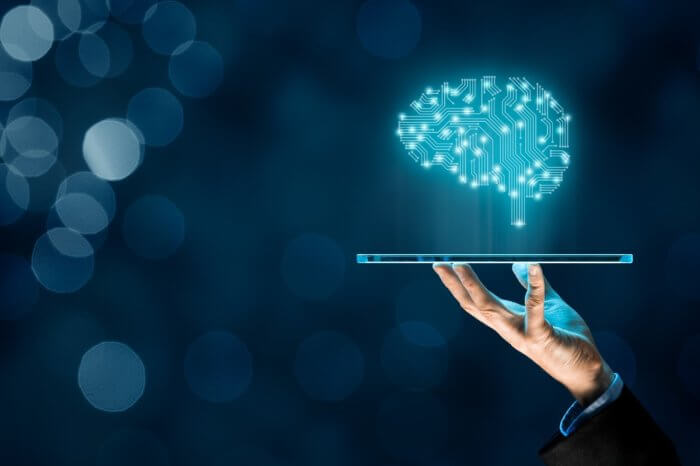 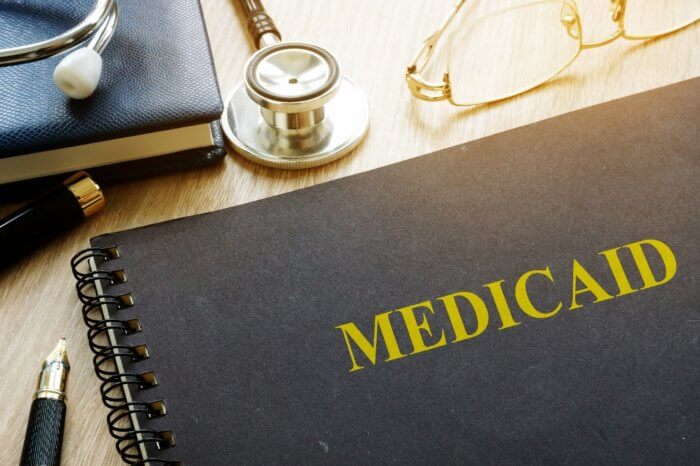 Great article. Finally, an honest accounting of what is going on across the country with criminal justice reform. We need to stop treating criminals like victims and hold them accountable for their actions. If we continue down this path of soft on crime policies, we will turn our communities into dangerous places. 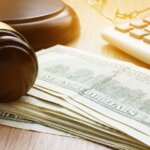 Selling Out Public Safety and the Taxpayers for a Political Agenda