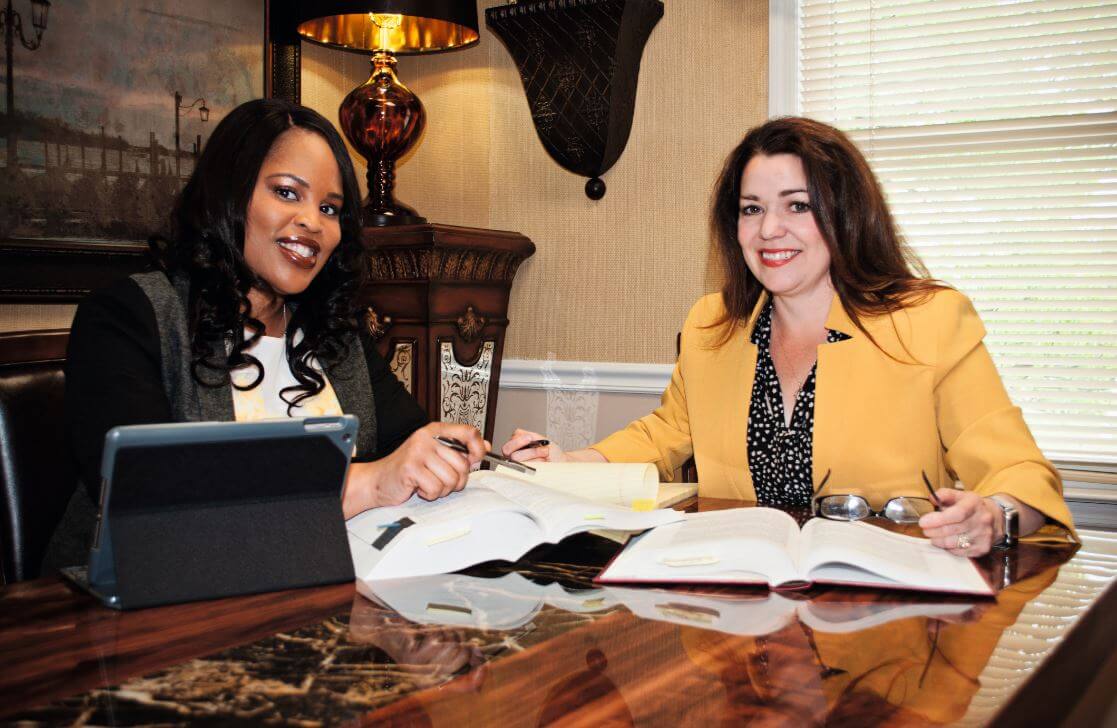 Poll a dozen attorneys about backgrounds that are good preparation for a legal career, and it’s a safe bet several will respond with journalism. A quick search of law firm websites turns up dozens of journalism majors, with some who were actual reporters and editors prior to their legal careers. For Huntsville’s Sharon Doviet, a background in TV news was not only good preparation, but she continues to combine television with her active family law practice today.

As the host of the Sunday night “Law Call” program on Huntsville’s WAAY-TV, she keeps a finger on the pulse of what is on the minds of her thousands of Tennessee Valley viewers. The show’s format, where viewers call in with legal questions, provides plenty of surprises.

“I’m always surprised when someone stops me and recognizes me from the program,” Doviet says, leaning back in her chair. “Even judges and other lawyers tell me they enjoy watching the show both to learn something outside their specialty area but also for the inside view of how the public misunderstands the law. Its live television and you never know what’s coming up next.”

The show – now in its 22nd year – forms a continuing thread in Doviet’s path from her humble beginnings in rural DeKalb County to where she is today. Born in Mentone, which most Alabamians know as that quaint little resort town on Lookout Mountain near the Georgia state line, Doviet grew up in nearby Ft. Payne, where her father held down a factory job. The valedictorian of her high school class, she went on to get a business and accounting degree before deciding to go to law school at the University of Alabama.

“I was the first person in my family to go to college and the only one to go to law school. But when I was in college I didn’t have a clear focus of what I wanted to do, so I decided to keep my options open.”

“Law Call” has made Doviet perhaps the most well-known family law practitioner in the Huntsville-Tennessee Valley area. With a weekly audience of tens of thousands, it gives her and her weekly law firm panel of attorneys from Huntsville’s Siniard, Timberlake & League a type of down-home familiarity that no advertising could buy.

“TV exposure lets people get to know you and trust you to handle their cases,” she says.

Family law can be perhaps the most emotionally stressful practice in the legal field. Since it deals with the breakup of society’s most fundamental unit, the family, Doviet deals daily with divorce, child custody and related issues. While some cases can be almost routine, others are often tragic and gut-wrenching.

“You’re helping people deal with the worst situations in their lives,” she says, “but unlike a doctor who might be performing a surgery, you’re also facing another attorney on the other side who is trying to destroy the work you are doing. Heart surgeons don’t have adversarial heart surgeons on the other side of the table undoing surgeries as fast as you can perform them.”

As a solo practitioner with a single legal aide, Doviet’s practice mainly focuses on family law; although, she also handles some elder law and criminal defense matters. She also gets immense satisfaction when appointed to be a guardian at litem for children. And like most family law practitioners, she can relate many stories of the things she has seen and heard over her decade of practice.

“I had a case in which a couple was divorcing after 37 years of marriage. That’s their entire adult lives,” she says. “But it’s not just them. This type of thing affects their adult children and their grandchildren. It’s incredible the emotions a person goes through in deciding, ‘I want a better life and am going to pursue a course that makes me happier.’”

She shakes her head at the situations she encounters. Often, she is working with high net worth people. “They have the makings to live what you would expect to be a joyful life, but they cannot remain together. They have military retirements, good investments, and yet what they had hoped to be a joyful life is not working out that way.”

Often the situations are complicated, and she helps her clients fight for a fair division of assets.

Some of the most disturbing situations in her practice result in being appointed by a court as the guardian ad litem for children.

“You frequently go on a surprise visit to see these kids at their homes. You knock on the door and you never know what you’ll find inside. Sometimes these places are just filthy, and you know the kids are being neglected. You look in the closets and the refrigerator and you know these kids are not being cared for. Often, parents have told me they wished I’d called before stopping by.”

It is particularly upsetting, she says when parents use their children as pawns against each other. Unfortunately, in her experience, this is quite common.

“It can be to the point where a parent will make up things – alleged physical abuse, alleged sexual abuse, to get custody and deny the parent access to that child. Helping somebody fight that off to continue having a relationship with a child they love against untrue allegations is something rewarding.”