Despite the fact that “baby boomers” currently comprise more than 28 percent of the population of the United States, they remain the most overlooked and least cared for members of our society. The statistics for those now residing in nursing homes or long-term facilities are even more bleak. Fortunately, there are attorneys such as Stephen Watrel of Coker Law who have not forgotten these citizens and continue to tackle the government agencies, nursing home owners, and the entire long-term care corporate structure that make the lives of these seniors even more challenging.

“They are very, very sad cases,” says Watrel “And, there are only a handful of us who actually do specialize in nursing home and assisted living abuse in our state. Everyone advertises that they do these types of cases, but there’s a huge difference between taking on the occasional long-term care case and specializing. You have to be committed to the cause and really know your laws, regulations and practices because the way they structure nursing homes and ALFs is very sophisticated. You have to have extensive knowledge of accounting, finance and various regulations.”

Watrel worked for a large litigation firm right out of law school before founding his own private practice firm in 1993. It was after working on a variety of personal injury cases that he decided to focus on nursing home and assisted living abuse and neglect cases. But it wasn’t just what he had experienced professionally that inspired Watrel to devote his career to these beleaguered people. Members of his own immediate family fell victim as well.

I feel passionate about representing seniors and their families. the more I do it, the more I realize how much seniors are devalued in our society.

“My grandmother died of neglect at a nursing home, and then later, my father also suffered the same. Losing a family member is always difficult, but it’s particularly heartbreaking when it’s under circumstances such as these. There’s not only grief, but the additional element of anger, and even a bit of feeling that there should have been something you could have done to help or prevent it from happening.

“I feel passionate about representing seniors and their families,” he continues. “The more I do it, the more I realize how much seniors are devalued in our society. There seems to be a general attitude of ‘Well, what’s the big deal? They were 88 years old, lived a good life.’ If you replaced the word ‘senior’ with ‘child’ in these cases, everyone would be up in arms, and people would be put in prison. We can’t let these owners and managers abuse and neglect seniors and profit handsomely, and then, when something happens, they say ‘too bad.’ I think jurors agree that owners and managers need to be held accountable.

“If a facility does not have enough staff, and the staff is trying try to lift someone by themselves – when the resident is a two-person assist – which results in a broken neck or femur, they need to be accountable. We do these cases so that what happened to this family will never happen again to someone else’s loved one.”

Another aspect of nursing homes and assisted living facilities that Watrel finds especially offensive is how profits are more important than residents. Part of the challenge of his work, he says, is having to go against corporations with deep pockets, and navigate laws that are weak and favor big business over humanity.

“Generally, nursing home and assisted living facility owners and operators make a fortune. It’s a very profitable business, and the government doesn’t do a whole lot to regulate it. Of course, there are regulations in place, but as far as the financial reimbursement part, it’s still the Wild West. It seems that everything comes down to the bottom line with the owners and operators, which I understand is what they are ultimately in business for, but it should never be at the expense of a resident’s health or wellbeing.”

Despite the horrors Watrel has witnessed throughout his career serving as both champion and aggressive advocate for these victims, he somehow manages to retain a positive attitude and unwavering belief that he can be a part of the solution. He fervidly believes that by actively challenging both existing laws as well as the owners and operators of long-term care facilities, he can at least improve this dismal situation and finds great satisfaction when his client can find justice.

“We are righting a wrong. What we’re trying to do is bring about some sort of change in the operation, because having to pay money brings about change,” he says. “My dad was in the military, an officer in the Army, and he used to say, ‘When it costs you money, you will learn.’ And that’s basically how it works in the nursing home and assisted living facility industry. When you cost them money, they will change the policy or procedures. They may get more staff. These changes may only be for a year or two, but those changes may spare some another resident’s suffering, and maybe another family member won’t have to go through the agony of losing a loved one. You’re saving other lives through change.”

Watrel’s ongoing battle isn’t confined to the courtroom either. He’s very active in such things as Home Instead Senior Care, Seniors on a Mission, and other various senior advocate organizations.

As the chair of the Nursing Home Task Force for the Florida Justice Association, he fights bad legislation from the industry as well as promotes legislation that will compel owners and operators to permanently make the kinds of changes and improvements that will ultimately save lives.

“Right now, we’re working on a bill to eliminate giving half of the punitive damage award to the state,” Watrel explains. “As it stands now in the state of Florida, if someone gets punitive damages in a judgement, half of it has to go to the state and then they hand it out to the industry to spend as they choose. It is a ridiculous law, and what it was designed to do was to discourage anyone from getting punitive damages.”

There is no lack of areas where improvements are necessary, and Watrel and the task force always have a laundry list of items to address. Another important issue they are currently working on has to do with requiring real liability insurance in the nursing home industry, not just self-insurance.

With hundreds of cases under his belt and countless hours researching, preparing and then going to bat for his clients at trial, Watrel has seen more than his share of tragedies that forever impact, and often destroy, lives. One case in particular still sits heavily on his mind. It involved a young couple driving with their infant. A large semi-truck hauling sand was wrongly given the all-clear to pull out from the company exit directly into their path.

“The wife, who was a few months pregnant, was driving, her husband in the passenger seat next to her and their baby in back,” Watrel recounts. “Because of the size of the truck, it drove over the family’s car, and the husband’s head was crushed. I received on-scene footage from rescue, and it was just horrific. The opposing counsel really fought hard to deny the claim. We ultimately won, and we did very well for the surviving spouse and the children with a structured settlement. I just remember thinking the company should have come running with a check, and instead, they fought with everything they had. I still think about my client and her children, and how sad it was to lose a husband and father at such a young age because a truck driver chose to drive distracted.” 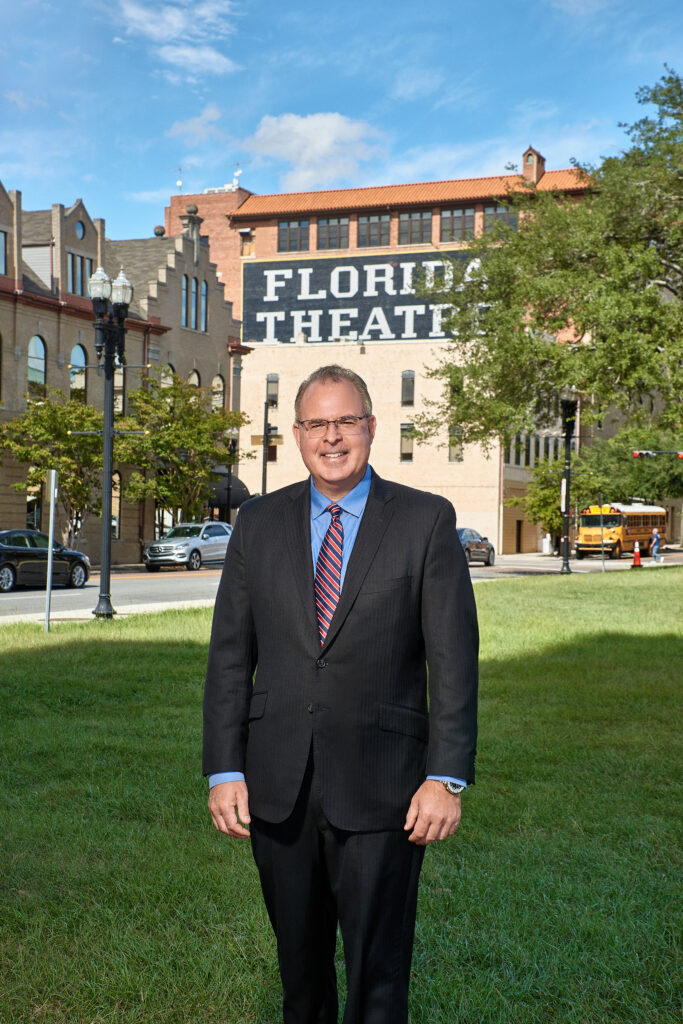 A single father of two, Watrel’s life is just as busy at home where both daughters reside with him, along with their French bulldog, Savannah. And he loves it. They are the center of his world. Of course, he admits when he’s in “trial mode,” things can get exceptionally hectic.

“It’s not an easy profession, and with kids, you want to be present for them as well,” he says. “It’s easy to go home feeling burnt out, and you’d love to just plop down in front of the TV, but you need to engage with your children. My kids are good kids and, of course, I want to give them the best, but between my work hours, seminars and other work-related commitments, it can be challenging. During a trial, let’s just say we do a lot of creative juggling.”

On the upside, Watrel says he feels very fortunate to be with a firm that not only provides a positive and culture, but where he has resources amongst his fellow lawyers.

“What’s unique about Coker Law is that it’s a trial boutique firm, and Howard [Coker] encourages trials,” he says. “Obviously, we try to settle cases, and clients don’t always want to go to trial, but the truth of the matter is insurance companies are difficult to deal with. They want to hold on to their money as long as they can. We have a strong team of trial lawyers who aren’t afraid to get in the courtroom and fight for our clients. This means long days at the office and working weekends. They go to trial every week, week in and week out, and we get exceptional results for our clients. We are very proud of the work we do for our clients.

“It can be a tough job, but I am truly passionate about my work, and having such an amazing group of talented and generous professionals on my team makes it a little easier.”