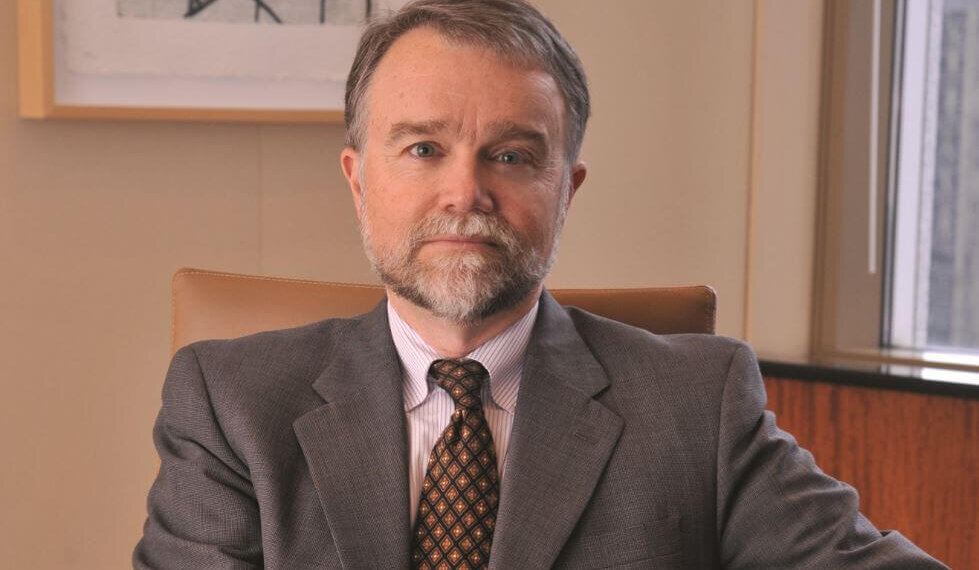 Steven J. Wells felt the pull of the courtroom even from the maple-hued Vermont hamlet that was his childhood home. The “black sheep in a family of scientists,” he began honing the art of persuasion as early as middle school. When he read “To Kill a Mockingbird” during those very formative years, a young Wells felt an affinity with Atticus Finch, and the pull became a calling. That calling has manifested in a 30-plus year career as a nationally recognized trial and appellate lawyer at Dorsey, where today he is the partner-in-charge of the firm’s trial group worldwide.

Wells earned his undergraduate degree in Russian studies and history from the University of Vermont where his father was a professor, and then studied for a season at Leningrad State University between college and law school. He obtained his legal education on scholarship at George Washington University and later clerked for a federal judge in Vermont, where he began building a repertoire of trial skills modeled on the various styles of the litigators he observed.

Wells anticipated that he would eventually return home and establish himself as a country trial lawyer. However, once he began his career at Dorsey’s Minneapolis office, he knew he had found his true course. Dorsey proved a collaborative workplace, where Wells resolved meaningful cases alongside colleagues with the highest ethical standards.

Dorsey is a globally recognized commercial powerhouse, serving virtually all business sectors, while focusing strategically on six industries where the firm possesses enduring client relationships and a long-standing record of success: banking, energy, food and agribusiness, health care, mining and natural resources and public-private project development. Wells’ own trial record includes cases won on behalf of auto manufacturers, financial institutions and medical device companies, to name a few. As a business trial lawyer, he has been “blessed with wonderful business clients that would be the envy of most business lawyers.”

Wells’ gift for oratory and passion for social justice have culminated in momentous legal triumphs spanning an array of subject matter and jurisdictions, including a recent win before the United States Supreme Court. “Getting ready and arguing for a Supreme Court case is not like anything else. The kind of detail you have to command for that half hour performance is beyond compare. And you don’t get up and give a speech. You get about a minute to say what you want, and then you are bombarded with questions. It’s just a fantastic experience.”

And like the literary protagonist, Wells has made some of the most notable arguments of his career in defense of individuals fighting for their very lives. “This year, I had an en banc argument before the 7th Circuit, which is even rarer than Supreme Court arguments. It was in a very ground breaking death penalty case I had lost on appeal before the 7th Circuit earlier that summer. I think the combination of just the incredibly well-prepared, interested court, where the subject matter was a man’s life or death, and some incredibly interesting legal issues, made that experience just electric.”

Atticus made this sage observation about our system of justice, “The one place where a man ought to get a square deal is in a courtroom, be he any color of the rainbow, but people have a way of carrying their resentments right into a jury box.” Like Atticus, Wells has found that when politics, prejudice and public outrage intervene in the course of justice, the system may fail.

“When I was young, I thought, here’s a guy who was doing what I wanted to do, and justice was so important for him. A man’s life was at stake, and in my mind, there’s no higher calling in the profession. Somehow it stuck with me. And I’ve always had very real concerns about the death penalty and how it’s administered in this country, so I started doing death penalty litigation as the focus of my pro bono efforts about 15 years ago. I’ve represented several defendants after trial. They’re shocking cases, cases in which the system has failed in one serious way or another.

“I take on these cases when they’ve lost at trial and lost at state appeal. I do the postmortem on the trial and see what happened and what went wrong. It’s terrifying when someone’s life is hanging in the balance, but when you can do justice and get a client off death row, there are very few more rewarding moments professionally.”

Preserving the Craft of Advocacy

In a changing legal climate where various forms of ADR are often preferred to settling disputes at trial, young lawyers have fewer opportunities to hone their trial skills. In order to preserve the vital craft of courtroom advocacy, both Dorsey and Wells are proactive about finding and creating opportunities for young attorneys to gain practical experience. These include a program in which junior lawyers spend three months trying cases for the Minneapolis City Attorney’s office, and the opportunity to participate in trials with senior attorneys. “It’s important to me at Dorsey to teach the art and craft of being a trial lawyer. These experiences give young attorneys confidence and help them understand why most of us who do this work get up every morning.”

Wells perfected his own craft under the tutelage of great mentors within the firm, people like Tom Tinkham, Ed Pluimer and Paul Klaas, whom he describes as “terrific and brilliant lawyers. These were the three most important people I watched very carefully to learn how they interacted with different clients and opposing counsel, how they developed strategy, and how they performed in the courtroom.”

Over the years, Wells has learned a thing or two of his own about good lawyering.

Wells said, “For me, the biggest professional insight I’ve gained is the importance of truly getting into the other side’s case, instead of amassing argument based on your client’s view of the righteousness of their own case. As I get more experience, I realize how important it is to understand all arguments and all facts that support all sides of those arguments, because only when you do that can you be really effective.”

Further, Wells posits that good trial lawyers are both experts and generalists. “Being an expert requires the ability to suffer what sometimes is an excruciatingly boring review of minutia to understand the factual and financial background of a case. But courtroom lawyers are also generalists, who must draw from all sources of knowledge and experience. Putting it all together is the craft, martialing the evidence and persuading people. You must have the desire to win along with a high tolerance for terror and uncertainty.”

A Century of Service

In 2012, Dorsey celebrated its centennial as a cornerstone institution in Minneapolis and the law. Dorsey now boasts offices and savvy professionals in the United States, Canada, Europe and the Asia-Pacific region. As a leader in his firm and profession, Wells takes personally Dorsey’s “culture of creative problem solving and all-star talent without the attitude.”

“That statement really captures who we are at Dorsey. I came here, in part, because of the collegiality. It’s become a self-perpetuating phenomenon. Those who came here because of it hire people with similar values. We’re not interested in really smart jerks, here. We want people who demonstrate they’re team players. We encourage diversity, initiative and creativity, but this is the source. If you have a beehive of cutthroat competition or internal hostility, you don’t get that kind of creativity. We don’t allow that to happen here. Our structure incentivizes collaboration. We work as a team and focus on winning against our adversary, not one another. And we readily draw on the talent and expertise from our offices all over the country and the world.”

Both formally and informally, Dorsey’s lawyers contribute to the betterment of the community in countless ways, from pro bono legal work to their support of numerous civic and social endeavors. Dorsey has also spent the last century helping to shape the business culture in the Twin Cities.

“We’ve had a real impact on how the business community has developed and how disputes are decided here. We’ve represented most of the Fortune 500 companies in the area, some for many years, and our alumni are scattered throughout the in-house legal community all over the city and state. The training and expertise they have developed here has been exported to the companies they work with.”

Wells believes it is also important for lawyers to find interests outside the practice of law; that good lawyers are people with a surfeit of real world experiences and regular interaction with non-lawyers. Wells finds his joy in music. He not only supports music education and serves on the board for the McPhail Center for Music, he is also a member of local bluegrass band Gravel on Mud, where he contributes vocals, guitar and mandolin.

Wells has been teaching trial and death penalty seminars as an adjunct associate professor at the University of Minnesota Law School since 2007. “It really keeps you on your toes. I find that even though the job market is much tougher, the students are less cynical than I was at that time in my life. The lawyers coming out of the university are both talented and really want to be lawyers.”

Wells is both an expert and a generalist in trying cases and arguing appeals, who has dedicated his career to perfecting a craft that is central to our system of justice. “It’s an odd combination of characteristics that make a gowod trial lawyer,” Wells said, “because I think trials are equal parts Broadway play without script and prize fight with no blood. And anything can happen.”