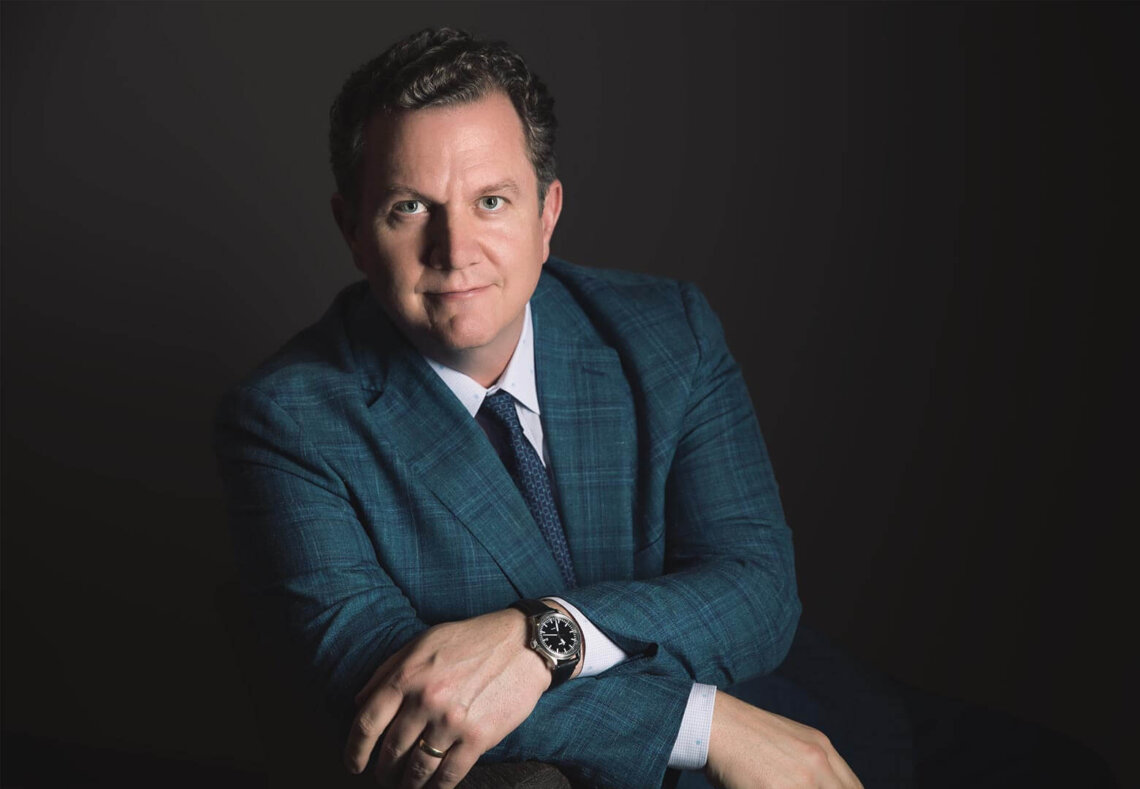 Standing up for the little guy is a passion attorney Ben DuBose has known his entire life. “My mom was born with club feet. In the 1930s, there was no quick treatment for that,” says DuBose. Leg braces and surgeries throughout childhood were required to correct her condition.

“My mom spent long periods of time at the Scottish Rite Hospital here in Dallas, far away from her family in West Texas. Growing up, some people treated her differently. But she overcame those setbacks through grit and determination. She also had a deep sense of fairness that she instilled in me at an early age,” he says.

A Dallas native, DuBose knew by high school he wanted to be a lawyer. “I didn’t know yet what area of the law would be my focus, but I knew I wanted to stand-up for and help regular people. Once I clerked for a small personal injury firm during law school, I knew that was the practice area for me.”

DuBose is now in his 23rd year as a personal injury attorney and his firm, DuBose Law Firm, PLLC, has entered its second decade doing exactly what he set out to do long ago. “Our practice is devoted exclusively to helping individuals who have been harmed,” he says.

DuBose says he always wanted to open his own firm, and after 12 years practicing at two prominent personal injury firms, he made the move – just a few months before the 2008 recession hit. “The stock market crashed three or four months after I hung out my own shingle. That was an interesting time to start a practice. It was challenging, but I wouldn’t change a bit of it,” he says.

When DuBose began representing these clients in the late nineties, mesothelioma was virtually unheard of in the media. One of the first jobs he had was working at a large firm that had a national asbestos practice. He was fascinated by the combination of three factors: science, history and the law.

“I saw I could help people by representing them in cases that were very interesting. The work involved science – what causes cancer, the toxicity of asbestos and the method of exposure. It also involved history, in a sense, because the latency period for developing an asbestos related cancer is 30 to 50 years from the time of exposure. So the cases all deal with events that happened in the 1950s, 60s or 70s.”

DuBose received national attention for his investigation of the asbestos content of mud additives in oilfield drilling. “Up to the mid- 1980s, there were companies selling asbestos in 50 lb. bags for roughnecks to dump down the hole. You can imagine what damage to the human lungs exposure to that dust can cause.”

Employment law, in recent years, has been another area where Du- Bose has expanded his firm’s practice. “We present individuals in employment claims involving overtime pay, minimum wage violations and other employment law matters,” says DuBose. “In employment law cases, we again get to help everyday people who’ve fallen through the cracks or been treated unfairly in the workplace. Wage and hour violations extend across industries and our firm is proud to tackle these cases.”

He and his firm often represent clients facing desperate personal and financial stress. DuBose says, “It’s an honor to represent ordinary people who are going through extraordinary circumstances. To be able to help people and provide some peace of mind, hopefully, is why we’re here. When clients give you thank you notes or even a hug because we made a difference – you can’t beat that.”

GROWING A FAMILY, GROWING A CITY

DuBose credits the support of his family to much of his and his firm’s success. He and his wife married just before he entered law school. “I wouldn’t have made it without Aliisa, my wife. We dated throughout college at the University of North Texas. I realized what a great woman she was and that I wanted to spend my life with her. So, that gave me the kick in the pants I needed to start planning our future. I took school more seriously once she was in my life and really applied myself in law school.” They celebrate their 26th anniversary this July. He and Aliisa have a 19-year-old son finishing his first year at University of Texas at Austin; a 16-year-old daughter who is a sophomore at Woodrow Wilson High School; as well as a 14-year-old daughter that will be an incoming freshman at Woodrow.

DuBose also enjoys being one of the mock trial coaches at Woodrow Wilson High School.

“Two of our kids have been on the team, and I’m sure our youngest will jump in as well. I really enjoy working with the high school team. The students develop public speaking skills, critical thinking, and, I hope, an appreciation for the right to trial by jury. By competition time each year it’s amazing to see what these kids can do.”

DuBose combines his love of history, of Dallas and the law in a unique way. His firm recently purchased, and renovated the office building once used by famed Dallas attorney, Adelfa B. Callejo.

“I’ve lived in Dallas all my life and it’s been fascinating to see the city grow. I’m so pleased we’re playing a part in not only preserving a piece of history, but also in preserving and enhancing the legacy of service she inspired – and continues to inspire.” DuBose is proud to continue the tradition of helping every day Texans in that historic building.

“Helping people and knowing I can put the legal skills and the experience I’ve gained over the years to help get them the best results we can, is a great reward.”