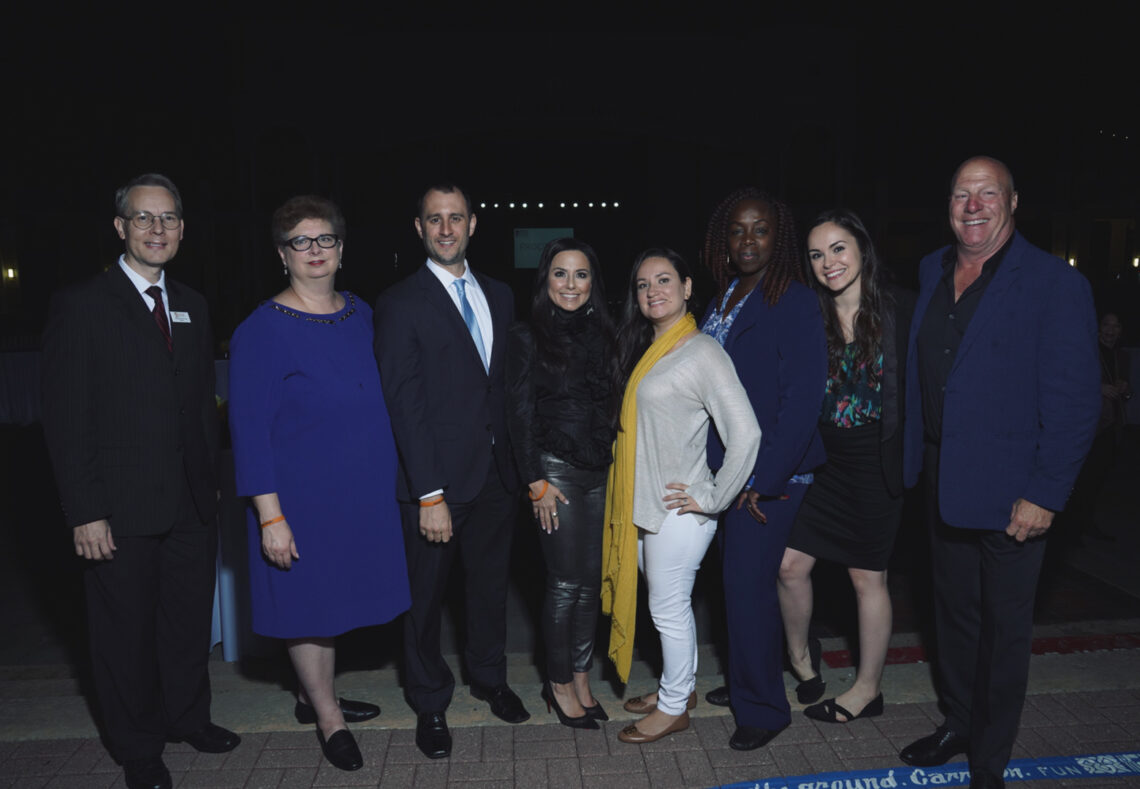 When Bresky Law opened in 2000, it focused on appeals and trial support. Today, the firm has five attorneys and has branched out to include estate planning and probate.

The firm, which has experience arguing cases in all five DCAs in Florida and the Florida Supreme Court, has grown from one to three offices with five attorneys, a strong record of pro-bono work and something very new: the Bresky Bash.

Founder and managing partner Robin Bresky built a strong practice representing parties seeking to reverse or protect trial court and administrative decisions. From the start, she applied her experience as a state prosecutor to criminal cases and her knowledge of court procedure to civil litigation. From the first day, she has found the work rewarding.

“Writing appellate briefs is highly technical and analytical,” she says. “You communicate your thoughts in a compelling way and make persuasive arguments. You learn to hone in on the most important facts and lay them out in such a way that paints a vivid picture and gets to the point.”

Over the years, Bresky has built an appellate and litigation support team that now includes senior associates Jonathan Mann and Randall Burks. Mann, a board-certified appellate attorney, has brought to the firm his experience as a judicial staff attorney for a judge of the Florida 4th District Court of Appeal and for a magistrate judge in the U.S. District Court for the Southern District of Florida.

Burks has contributed 10 years of experience as an appellate lawyer. He is certified by the Florida Supreme Court as an appellate mediator, holds a PhD from the University of Nebraska and is a member of the Legal Writing Institute.
Jennifer L. Fulton, of counsel, is a part of the estate planning and probate administration practice. The firm leverages its extensive experience in probate matters, including regular appearances in Florida probate courts regarding estate and probate administration matters.

The newest attorney, Jennifer Fox, is an associate at the firm focusing on appeals, estate planning and probate. Fox earned her LL.M. in Estate Planning from the University of Miami School of Law and has been nationally published in the American Bar Association’s Probate & Property Magazine.

“Robin and her team are excellent to work with,” says client Mark Wooley. “My case went from doom and gloom to where I needed it to be. Her entire team was more prepared than anyone.”

The firm’s attorneys have gained recognition for their legal minds and research skills in cases that have attracted national media attention. In 2011, Donna Horwitz was convicted of murdering her ex-husband at their Jupiter home.
When the police arrived at the crime scene, Horwitz said nothing to investigators before or after being arrested and read her Miranda rights. At trial, the prosecution argued that her pre-arrest, pre-Miranda silence was evidence of her guilt. Defense attorneys objected. The 4th District Court of Appeal agreed with the argument that use of Horwitz’s silence violated her state constitutional privilege against self-incrimination.

The state appealed that decision. Mann served as co-counsel to the defense, which argued that Horwitz’s pre-arrest, pre-Miranda silence was inadmissible as substantive evidence of guilt under state law where she did not testify at trial. Florida Supreme Court agreed and granted Horwitz a new trial in February 2015.

“It’s quite gratifying to win an appellate issue as it makes such a wide impact on the law compared to a circuit court where that success only impacts one case,” Mann says.

Trial work and appellate work require two very different skillsets, Bresky notes. At trial, lawyers focus more on creating a strategy to help their client win a case. Although trial lawyers focus on the law as much as appellate lawyers do, appellate lawyers present specific facts of the underlying matter that requires more writing, research and objective analysis.

That approach helped a female client in a dissolution of marriage proceeding who had been assessed a portion of the husband’s attorney’s fees when a trial judge ruled that she had unreasonably refused a favorable settlement offer. Bresky and Mann won a reversal of the award after convincing the 4th DCA that the wife’s failure to accept a reasonable settlement offer did not justify the judge’s decision. The decision provided important clarification of a trial court’s ability to award attorney’s fees to be paid by the party with less financial resources in family law cases.

“My colleagues and I come in with fresh eyes and look at things with a different lens,” Bresky said. “Because we are often learning about a case for the first time, our objective vantage point can be very beneficial. We take the emotion out of it and focus on the law and the facts.”

The firm has made a name for itself securing justice for clients who were subjected to trial judges with an appearance of partiality. In several family law and guardianship cases where judges refused to recuse themselves, the Bresky legal team filed petitions for writs of prohibition with the appellate court, which directs a lower court to not act beyond its jurisdiction. The granting of the writs of prohibition resulted in removal of the judges from those cases.

“We realized how important Legal Aid is for helping people who most need legal services but who can’t afford them,” Bresky says. “They especially include veterans, children and abused spouses who are often victims.”

A board member since 2007, Bresky helps raise awareness and money. In 2019, she produced the first Bresky Bash, a signature entertainment event in Boca Raton to benefit Legal Aid Society of Palm Beach County.

“We wanted to create an event for both attorneys and the public,” she says. “Our goal is to bring awareness of the organization in southern Palm Beach County and to raise money to assist those in need of legal help in this area. My goal is to make it bigger and better each year.”

In 2019, Bresky was honored with the Soroptimist International Women of Distinction Award in the category of community involvement, and while much of her volunteer work is directed toward the community, Bresky and her colleagues are also committed to the profession. She represents the 15th Judicial Circuit on The Florida Bar Board of Governors, where she serves on several committees, and is chair of the 2021 annual convention. She was also Past President of the Florida Association for Women Lawyers (FAWL) and the National Conference of Women’s Bar Associations (NCWBA).

I think it’s important to support and strengthen the legal industry and promote the good work that lawyers do around our state,” says Bresky. “My volunteer time has been very rewarding. I hope to continue giving back as long as I’m practicing law.”

Her desire to help extends to all attorneys, which was one of the motivations for starting the Attorney Wellness Exchange, or AWE!. Experts on areas from nutrition to mindfulness talk to members in various locations via virtual events throughout the state.

“Attorneys face a great deal of stress and anxiety in their jobs and often their health pays the price. From that came the idea to create a networking group focused on health and wellness in the legal industry. We look for ways we can bring more balance to our lives.”