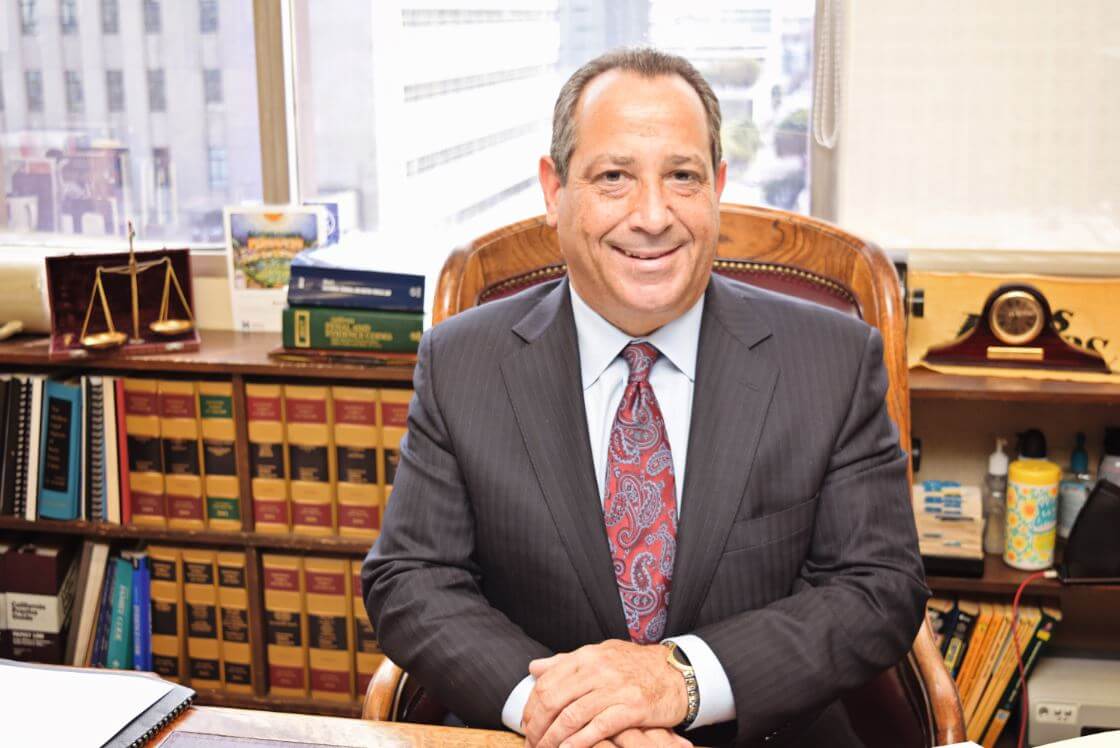 Attorney at Law Magazine Los Angeles Publisher Sarah Torres sat down with solo practitioner Bruce Richland to discuss his career and his plans for the future.

Richland: When I finished my undergraduate work at University of California, at San Diego, with a degree in economics, I was eager to work and earn a living, finally. While owning and operating my own business for a number of years, I had to hire the services of an attorney. It was during my close association with this person I was paying, that I realized I was not impressed with his skill. I realized that he put his pants on one leg at a time, as did I, and that I could do what he did, better.

Richland: I was very lucky to have two mentors in my career, both senior attorneys. One was at the beginning of my career, who represented bodyguard/chauffer Jim Pittman in the Billionaire Boys Clubs Murders. He hired me as his law clerk and I ultimately became his only associate. My other mentor represented John Holmes in the Wonderland Murders and he brought me into his law offices almost 10 years later. Now, as past president of the Los Angeles Criminal Courts Bar Association, I have put together an impressive network of top attorneys with whom I collaborate.

Richland: Having been born and raised in Brooklyn, New York, I was exposed to people from all walks of life. It has enabled me to communicate with people from different socioeconomic backgrounds and cultures. Having grown up in a neighborhood with many races, religions and languages, I was fortunate to have learned Spanish at an early age, which is helpful today. Then, of course, running a business provided some real-world experiences, which made me a better attorney, too.

Richland: One of the most challenging aspects of running a private criminal defense practice (with some civil work, as well) is the realization that, although it’s a practice of law it is also a business. There is a bottom line, a profit and loss, and overhead. All I have to offer my clients is my time and experience. Thus, I have to charge a reasonable and fair fee for my services. Good defense is expensive in Los Angeles.

AALM: Describe your early career. Did you work for a law firm prior to opening your own firm?

Richland: I had one job in law before I went out on my own and started my own practice and I’ve never looked back! As I had mentioned, I clerked for a sole practitioner who was a defense attorney who brought me in toward the end of his career. He insisted I not do criminal defense just because he did. So while I was with him, he took in every kind of case that came into the office. I handled personal injury, bankruptcy, divorce and various other kinds of civil litigation as well as criminal law. I learned fast what I wanted to do, and that was criminal defense. I realized I had the disposition to go into the correctional facilities and talk to my clients and that I could communicate with them, in their languages, as well as with the judges; both in writing and verbally. After learning under his tutelage, I was on my way….

Richland: I was always the entrepreneurial type. From the time I graduated college and jumped into the work force to my springboard into law school and then private practice, I’ve always realized that there are two types of people in this world — people who let it happen and people who make it happen. And, it’s a personal, conscious decision which side of that fence we want to stand on. I’ve always stood on the latter side. When you combine that with the fact that I never wanted to have someone working with me that I’d have to push or pull, it just seemed natural for me to assume all the risk and rewards of being a sole practitioner.

Richland: I’ve dedicated my entire career to establishing a practice with a reputation for being hardworking, aggressive and trustworthy. Growing up with depression-era family, I learned the value of hard work at an early age earning pocket money loading fresh fruit and vegetables onto the sidewalk display as a 13-year-old boy in Brooklyn. And come to think about it, I’ve never stopped working!

AALM: With technology and an ever-global world, how do you see the legal profession evolving over your career? Do you believe this will be positive or negative?

Richland: The biggest change in the legal profession is really twofold. First, with the internet, social media and the like we can now be contacted by and offer immediate service to anyone, anywhere. I’ve gotten calls from all over the United States as well as Germany, England and Saudi Arabia, for example. People consult in real time or at their convenience. It really brings one into the immediacy of a given situation, which is often necessary for a defense attorney. The second place in which the legal profession is evolving is in the use of media advisers — a relatively new title, but one with which every law firm need be acquainted. These are two technology inspired advances the practice of law is experiencing and I’m excited about that for sure.

Richland: I work so I can spend time with family. I have a very strong nuclear family that are and have been in each other’s lives since before my birth. At the same time, I put the “fan” in fanatic, as I enjoy almost every sport involving competition. I also love to entertain on the guitar; I’ve been playing since I was a kid.

AALM: What is the best compliment you’ve received or the funniest story you have?

Richland: When a former client of mine re-offended and called me to help him again, I knew I had done something right the first time! That was the biggest compliment that could have been paid to me, and still is. When people put their trust in me and are rewarded with effective, successful representation I am flattered when they come back to me a second time or third time.