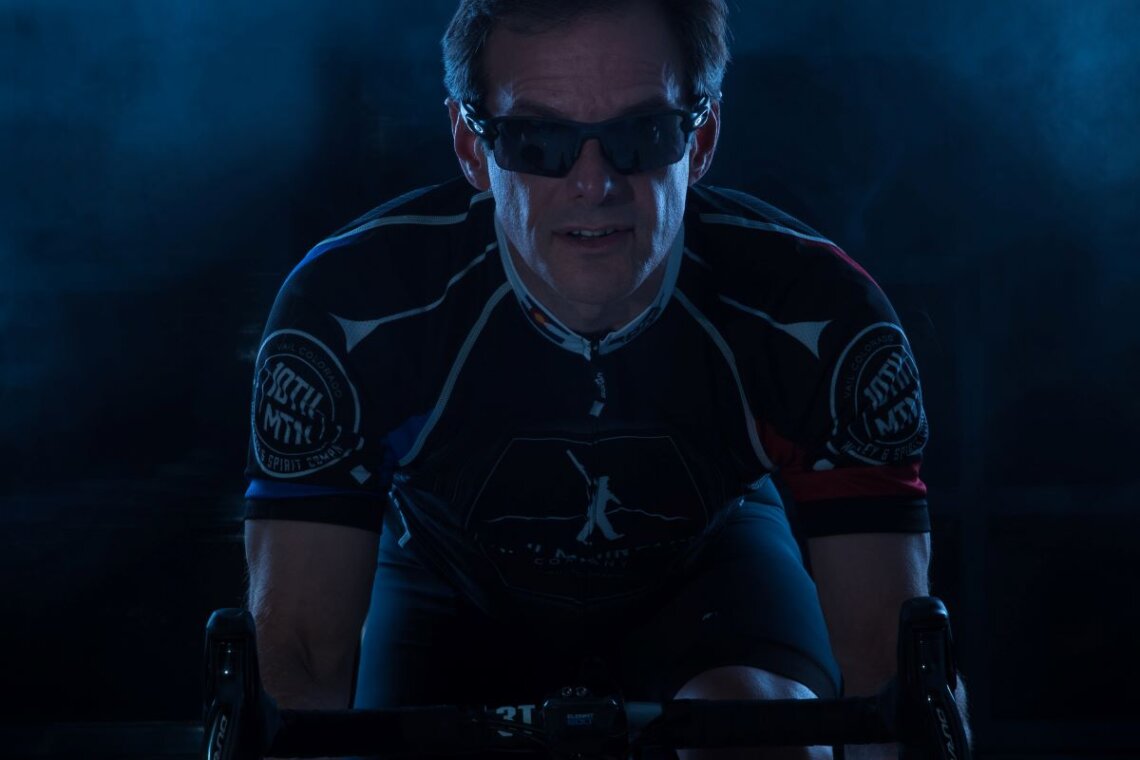 “Cycling teaches a lot of lessons – focus, discipline and commitment. No matter how hard you try you can’t win the race in the first five minutes and you can’t get to the top of the mountain in the first ten minutes. The litigations that I handle are the same. You’re not going to win a large, complicated business case the first day it shows up on your desk. It takes planning, strategy and a commitment to the process,” says Eric Pinker, managing partner at Lynn Pinker Hurst & Schwegmann.

FROM BLACK BELT TO BLACK TOP, BACK ROADS AND BIG WINS

“Biking, especially mountain biking, really fits my personality. You go big or you go home. I love the challenge, the excitement and the competition of it. I have always been a competitive person and that fits my passion for the law, too. I like being hired and trusted to solve my clients’ problems. That’s what lawyers do, and particularly trial lawyers. Coming out of law school, I was excited by that prospect, and I still am,” Pinker says.

Pinker literally fell into biking. He practiced martial arts and while taking his Black Belt test, he tore his ACL. After reconstructive surgery, bicycling proved to be great rehabilitation, especially when he tore the same ACL 10 years later. His personal drive and level of commitment gave Pinker the edge needed to handle the “culture shock” of moving from a small New Jersey town near New York City to Dallas. Along with his parents and two siblings, they were the first of his family to ever leave the greater New York area.

“I handled the change in environments, physical and cultural, the way I handle everything else. I threw myself 100 percent into the activities that interested me.”

He became a competitive swimmer, winning third place in the state high school championship for the 100 meter butterfly. And his high school relay team won first place and set a state record. He also became involved in the BBYO Jewish high school organization, eventually becoming the president of his chapter.

Staying around to build a career in Texas wasn’t an early goal.

“At every stage in my life I thought I would go back to the Northeast, but ultimately I decided to stay here. As much as I liked the idea of going away, I discovered I was comfortable in Dallas. The city has great people, a great deal of excitement, and a real pro-business environment. It’s the kind of place where people can succeed through their individual abilities and hard work. Dallas has always been very warm and embracing.”

The same drive to cycle to the “top of the mountain” drives Pinker to the top of his profession.

“I’m a big believer in commitment. When you commit, come hell or high water, you leave it all on the field and finish strong,” he says.

CYCLING UP THE ROAD TO SUCCESS

Pinker finds that rising to the top of one’s chosen profession isn’t a race so much as an ongoing process of commitment to a client, a firm and an ideal. His real journey began when as a fourth-year lawyer he chose to leave the relative comfort of a large, multioffice national firm. That firm’s previous downsizing and layoffs 18 months earlier, along with similar actions by other firms during those years, had a profound effect on how he viewed the practice of law.

“I saw that in a very large law firm attorneys were viewed as being more fungible, the work I was doing was considered more of a business, and the overall feeling was not really a partnership as I understood that concept. I knew I would serve myself and my clients better using a different approach,” he says.

A year and a half later he left the firm on good terms and sought out a firm more suited to his personality, skill set, and long-term goals, joining the firm that had been started only a few months earlier by his long-time partner Mike Lynn.

Pinker says it was the best decision of his life, and something that has given him the opportunity to do what he wanted – to help build a law firm and create something new.

“That’s been an exciting process for me and probably the defining part of my professional career. In founding the firm we really focused on creating a collegial environment, a place where people enjoy being together, a place where we have a group of attorneys with similar practice areas, clients, stresses, goals and challenges, and probably most important, a feeling of shared commitment to each other. I think that’s missing from a lot of big firms today.”

Pinker says, “Every case we take on is different. We don’t do cookie cutter cases. We handle lots of one-off, unique cases that require a lot of creativity and brain power to map out a course to victory.”

One of their most ‘out of the box’ cases was the Starlink Litigation. This was a totally novel legal situation involving a genetically modified corn product, which had been approved for non-human only consumption by the FDA. That product found its way into the food supply and eventually into the product of one of the largest fast-food chains in the United States. The case made the national news and that restaurant chain’s sales dropped more than 30 percent.

The franchise system engaged the firm to litigate claims against the manufacturer, the licensor, and the distributor of that genetically modified product. They filed in multiple jurisdictions on behalf of different franchisees and, after a year of intensive litigation, settled the case for more than $100 million.

Every case we take on is different. We don’t do cookie cutter cases. We handle lots of one-off, unique cases that require a lot of creativity and brain power to map out a course to victory.

“There was no blueprint for that case. Literally, it was a unique product sold under unique circumstances that had never happened before and has never been repeated since,” Pinker says.

And while that case was certainly unique, Pinker takes pride in applying that fresh thinking to more traditional types of business litigation.

“As someone who handles a wide variety of business disputes, I avoid the pitfalls of traditional thinking and actively look for ways to identify and press advantages based on the distinct facts of each case.”

Pinker, who became managing partner in 2000, says “My goal as managing partner has been to create an environment that maximizes the ability of our attorneys to succeed. We hire great people, ensure that those people have the resources available to do what they want, provide them with the freedom to develop as they want, and incentivize them to grow their practice, reputation and abilities. We give our attorneys a lot of freedom and latitude. Part of my job is to create those incentives and ensure that freedom, while at the same time making sure there are enough safeguards in place to provide assistance and support if things go off the rails. Fundamentally, I work to ensure our people have everything they need to be successful, and that clients get the best possible result when they engage our firm.”

Pinker and his wife have been married 27 years. They have two daughters. They enjoy traveling together. They ski in Colorado a couple of weeks each year. All four are also certified scuba divers, and have enjoyed diving throughout most of the Caribbean and also in Israel and other sites.

“We really love the outdoors,” he says. “We had one of the girls on skis at age three and the other by age four.”

Creating the proper balance between business success and success as a husband and father is for Pinker a welcome full-time job.

“Reaching the ‘top of the mountain’ in business, in your family life, and in cycling essentially boils down to your level of commitment. Give it everything you’ve got; that’s how you get there.”