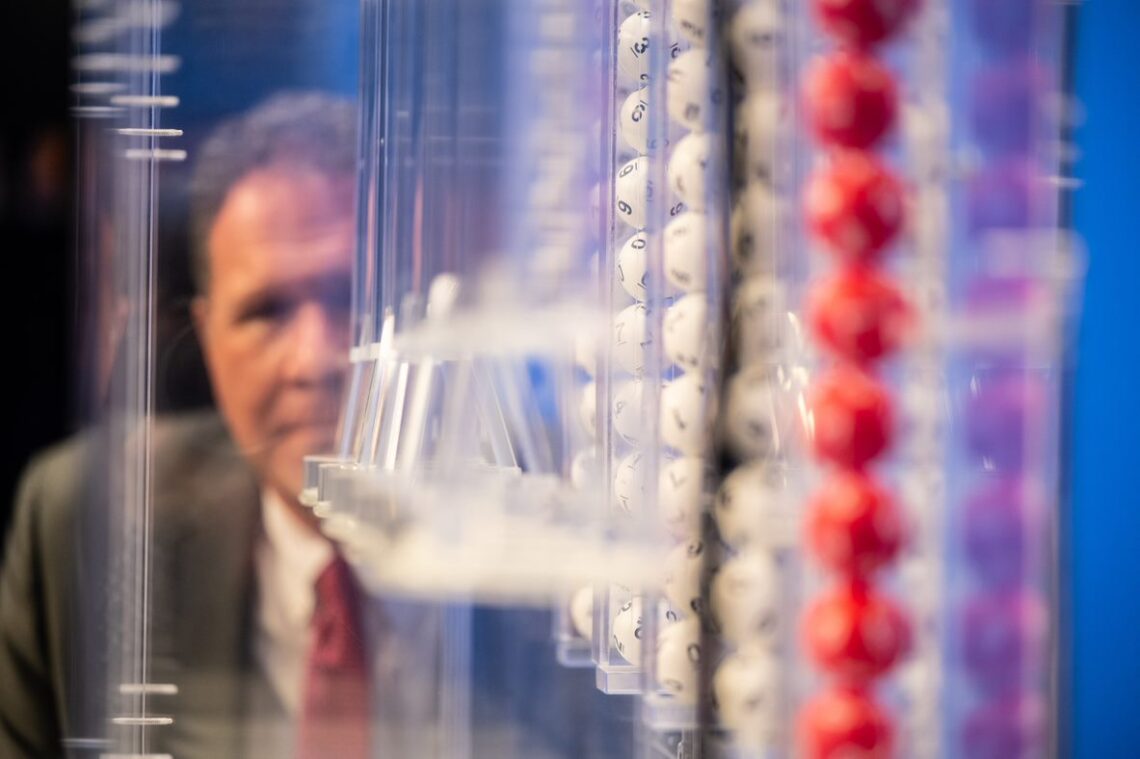 You and a friend bought Carolina Cash 5 lottery tickets together. He agreed to hold them. Now one of the tickets is a $1 million winner, and your friend has ghosted you big-time. How are you going to get your half mil? The NC Education Lottery (NCEL) only pays the person(s) who possess, sign, and submit a claim for the ticket.

These kinds of ownership disputes occasionally happen, according to Billy Traurig, chief legal officer for the NCEL.

The North Carolina State Lottery Act grants the NCEL the authority to try to resolve these disputes. It has a team of former law enforcement officers in its security department that investigates these cases. “We look at the video of who bought the ticket, we do interviews with the different parties to see what statements they made, we do interviews with other people to determine what they said to those folks,” said Traurig.

In most cases, the security investigations team is able to determine the rightful owner, but when you are paying out over $6.7 million in prizes every day, some unique and interesting fact patterns and legal issues are bound to arise. That’s when Traurig and Eric Snider, legal counsel, jump in and advise NCEL Executive Director Mark Michalko and, in some cases, other senior management personnel. On very rare occasions, that advice is to not pay either party and let a court decide who the NCEL should pay. In even rarer cases, the parties disagree with the decision of the NCEL, enjoin the payment, and litigate the matter.

Traurig joined the NCEL in April 2020, just as the pandemic was picking up momentum. He said sales spiked during COVID when people were stuck indoors and found fun and excitement in the lottery, betting cash they couldn’t go out and spend.

Before joining the lottery, Traurig was sr. vice president and general counsel for Hurricanes Holdings, LLC, the parent company of the Carolina Hurricanes and Gale Force Sports & Entertainment (operator of PNC Arena). In a 2016 interview with me, Traurig burst the bubble that he had a glamorous job, including riding limos with the Canes players and their girlfriends and endless champagne.

A fair amount of Traurig’s work at NCEL is similar to the bread-and-butter projects of in-house attorneys … such as the contracts, IP, policies, etc. that he did with the Canes.

Increasingly, at the NCEL, he is viewed as a business advisor and a business partner.

“I’m someone who’s going to help you accomplish your goals with the business and not be an obstacle which historically legal and accounting have always been viewed as. I ask what you are trying to accomplish. Let’s find a way to accomplish it, but it might have to be a little different than the way you envision it. That’s the way that I believe the modern CLO needs to be working instead of saying, ‘No you can’t do that because it violates X.’”

For example, there is a Big Winner’s Room at the lottery’s main office. It’s where you see the photos of winners with their big checks and all the related hoop-la. The brand management and communications department asked for Traurig’s input on overhauling the room to make it more glamorous.

“Our lease is up in 2026,” explained Traurig. “Is the cost worth it given that we’re already coming up on 2023? It will take time to go out and get bids, and we can’t start the project until July 1 2023. So all the timing issues weren’t me being an obstacle; it was me just thinking, what’s the return on the investment of doing that.”

Due to Traurig’s question, the NCEL is now looking at a scaled back refresh of the space.

In FY 2022, ticket sales set a record of $3.88 billion as the lottery continued to increase sales every year of its operations. “The sales show the popularity of lottery games in our state,” said Traurig.

Prizes are the product that the lottery produces and the lottery’s biggest expense. Last year, lottery players received $2.54 billion in prize money or 65 percent of revenue. In all, 78 prizes of $1 million or more were won by players. Lottery retailers received a 7% commission for ticket sales, earning $266 million in commissions.

After prizes and retailer commissions, the lottery administrative expenses for operating the lottery added up to only 4% of revenues.

“The lottery strives to operate as efficiently as possible because every dollar not spent on administrative expenses is a dollar that goes to education,” explained Traurig.

At the end of the year, the lottery raised $928.8 million for education, a profit of 24%. The state invested all the money raised into one of the education programs supported by the lottery.

Most of the complaint letters the NCEL receives never reach Traurig’s desk, as NCEL’s security department responds to the bulk of them. However, there are two types of complaints from social media that are a burr under his saddle. One is that the drawings are rigged.

The games are broadcast live from WRAL in Raleigh. We were there before the live broadcast to watch as both ball machines were tested three times and verified by a small team of lottery officials.

The other is along the lines of “Well, the lottery is supposed to be funding education, so why is education in such a bad state.”

“The lottery can’t pay for everything, but $930 million is a lot,” said Traurig.

Roughly 10% of the $13 billion budget for public schools in NC in 2018-2019 came from the lottery. The bulk of the funds came from federal, local and state governments.

When someone wins a big prize, they usually contact the NCEL to let them know what date they are coming to get their check. The lottery staff may recommend that the winner find a lawyer and a financial adviser before claiming their prize.

While some winners want to remain anonymous, the law requires the public to be notified of the winner’s name, the amount of the prize and the game played, the date it was played, and where the ticket was purchased.

“There’s a good reason for this. One of the biggest driving factors for us and how we operate is the integrity of the lottery, and one of the best ways that we are able to display that we run a clean lottery is by advertising the winners. If all winners were anonymous, the public would reasonably question whether the prizes were actually being awarded. That would put a damper on enthusiasm for the lottery which would reduce our sales and contributions to education,” said Traurig.

The mood in the NCEL offices was happy and upbeat the day we visited. And why not? “These people are handing out cash prizes and paying for kids to go to school,” said Traurig with a big smile. “It’s not glamourous, but it’s fun, and it’s fulfilling.” 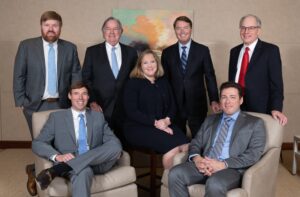 By Bob Friedman “The evolution of science will change this practice,” said David Kirby, co-founder of the Raleigh-based seven-lawyer personal 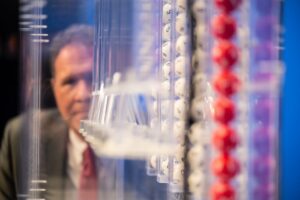 You and a friend bought Carolina Cash 5 lottery tickets together. He agreed to hold them. Now one of the