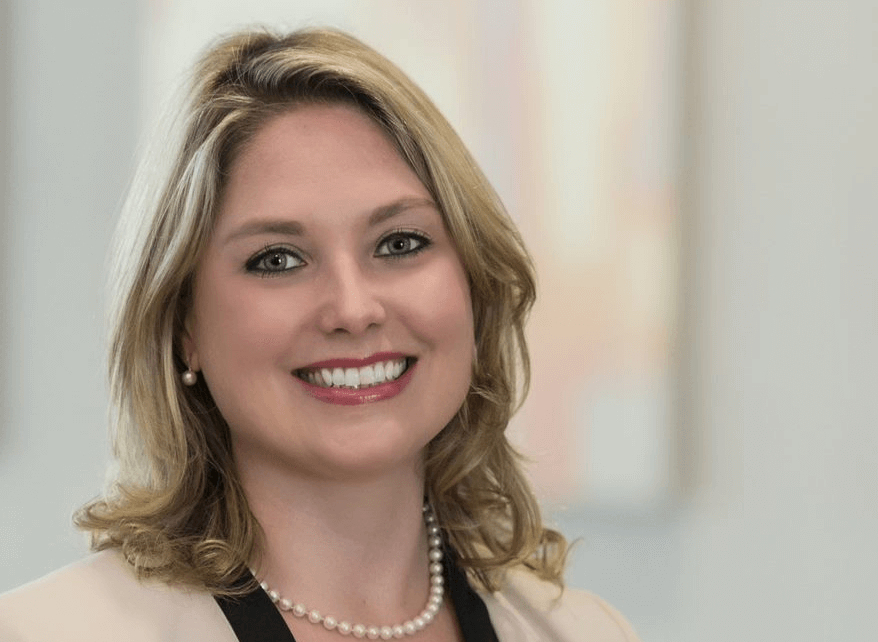 “I woke up from a dream in the middle of the night when I was living in Costa Rica and realized I was dreaming in Spanish. I was so happy and thought, ‘It’s official, I’m fluent!’” said immigration lawyer Gigi Gardner, the owner of Raleigh-based Gardner Law.

Fluency in Spanish was a goal Gardner began working toward while in grade school in her hometown of Clayton, North Carolina. “In the ’90s, Johnston County had an influx of Hispanics, and I witnessed firsthand how my community struggled to communicate with these new neighbors and customers. I decided that I needed to become fluent in Spanish,” said Gardner. Those studies continued through college at UNC-Chapel Hill where she minored in Spanish and spent the summer of her junior year studying abroad in an immersion program in Spain.

Gardner spent two and a half years teaching English as a second language in Costa Rica and Mexico before going to law school. “It was a priceless education for my legal career. Not only did I become fluent in Spanish, I also learned how much Latino and Southern culture have in common. Both are warm, welcoming, and friendly. They work hard and provide for their families. Most Hispanics are Christian, conservative, and have traditional family values. It’s very similar to how I was raised.”

Gardner earned her Juris Doctor from Campbell Law. She gained experience in immigration and criminal law as an associate with two firms before launching Gardner Law four years ago. The firm is dedicated exclusively to all areas of immigration law, including employment-based and family-based immigration, naturalization, nonimmigrant visas, humanitarian relief, and removal defense.

“We’re really a global firm. While many of our clients live in North Carolina, immigration is federal law, so we’re able to represent anyone in the world in any type of U.S. immigration matter. We represent employers and individuals from all across the globe and all walks of life. We also invest in the latest technology that allows for virtual meetings and the secure uploading of sensitive documents to protect our clients,” said Gardner.

THE BACKBONE OF OUR ECONOMY

“North Carolina has benefited immensely from Hispanic migration,” said Gardner. “They have revived rural areas of the state that had almost become ghost towns after the textile mills closed. The tree farming industry in western North Carolina, our seafood industry on the coast, our pork industry down east, our chicken farms and meat packing plants across the state – none of them would survive without these immigrant workers. They moved here for those agricultural jobs, because it was a better opportunity to support their families than what was available in their home countries. Then they bought houses, cars and other goods. Not to mention the construction industry. As we’ve experienced a huge real estate development boom, Hispanic immigrants have been the ones building these new homes and offices with their bare hands. They have truly become the backbone of our economy,” Gardner stated.

“Comprehensive immigration reform has been on the table for over a decade. It will continue to be an uphill battle for years to come. I’ve always believed it should be easier for immigrants to come here legally and harder for them to come illegally,” said Gardner who was quoted extensively in a recent News & Observer front-page story about the termination of Temporary Protected Status (TPS) for Salvadorans.

Gardner credits much of her firm’s success to the strength of her team. “Everyone on my team is a first or second generation immigrant, except me. My ancestors immigrated to North Carolina from Europe around the 1700s and never left.”

“Immigrants are a vulnerable population,” said Gardner. “They instinctively don’t trust the government, and they certainly don’t trust lawyers. Our job is to win their trust and orient them to the American legal system in the process. Our personal experience with immigration gives us an advantage.”

“We treat our clients like family. We strive to put them in the best position possible to succeed in the United States. By assisting our clients in obtaining work authorization, residency, or citizenship, we are helping them invest in their futures and their families’ futures. As cliché as it sounds, we really do help people achieve the American dream – the ability to pursue their happiness.”

Gardner said her earlier travels abroad were born out of a desire to get out of North Carolina and see the world before settling down with a career. Her wanderlust has not abated.
“I travel every chance I get.” She is planning a trip to Hong Kong, Vietnam, and Thailand next month, but Mexico is still her favorite destination.

“I love Mexico City. It has a grit to it that is just so raw and real. The food is amazing. The art and architecuture are beautiful. The whole city is a museum, full of history and life. Plus there are so many people in the city that you can get lost in the crowd. You don’t stand out as a tourist and I like that. I want to blend in and go where the locals go.”

Gardner is a self-described adrenaline junkie. She is self-assured, outspoken and fearless. Attributes she said has gotten her through tough times and that now define her practice.

“Because of my background in criminal defense and my high tolerance for stress, going to an out-of-state jail to visit a detained client doesn’t intimidate me. There are not many immigration lawyers that are willing to take those cases because they take up so much time, but it’s exciting to me.”

Practicing removal defense is different from filing affirmatively for a green card or citizenship. Gardner explained, “Clients that are in the process of being deported have their backs up against the wall. Often times our strategy is just to buy them a little bit of time so that they can get their affairs in order before returning to their country of birth.”

“We give clients honest and clear advice to make them feel at ease. Just because we take a removal case, it doesn’t mean we think we have a great shot of winning it. Sometimes we explain to our clients that they have very little chance of winning, but it’s the only chance they have, and if they decide it’s worth it, we do everything in our power to win. I think what differentiates us from other immigration law firms is that we’re willing to fight the government on challenging legal issues that other attorneys might deem futile.”

“Criminal, family, tax, and employment issues all effect an immigration case. Now more than ever, it’s imperative that attorneys representing immigrants reach out to and associate with an immigration attorney, whether their clients are here lawfully or not.”

Now instead of diving off waterfalls and bungee jumping off bridges, I get my adrenaline fix from practicing immigration law in an extremely polarized and volatile political climate,” Gardner said with a smile.