John McCabe: A Lawyer in Full 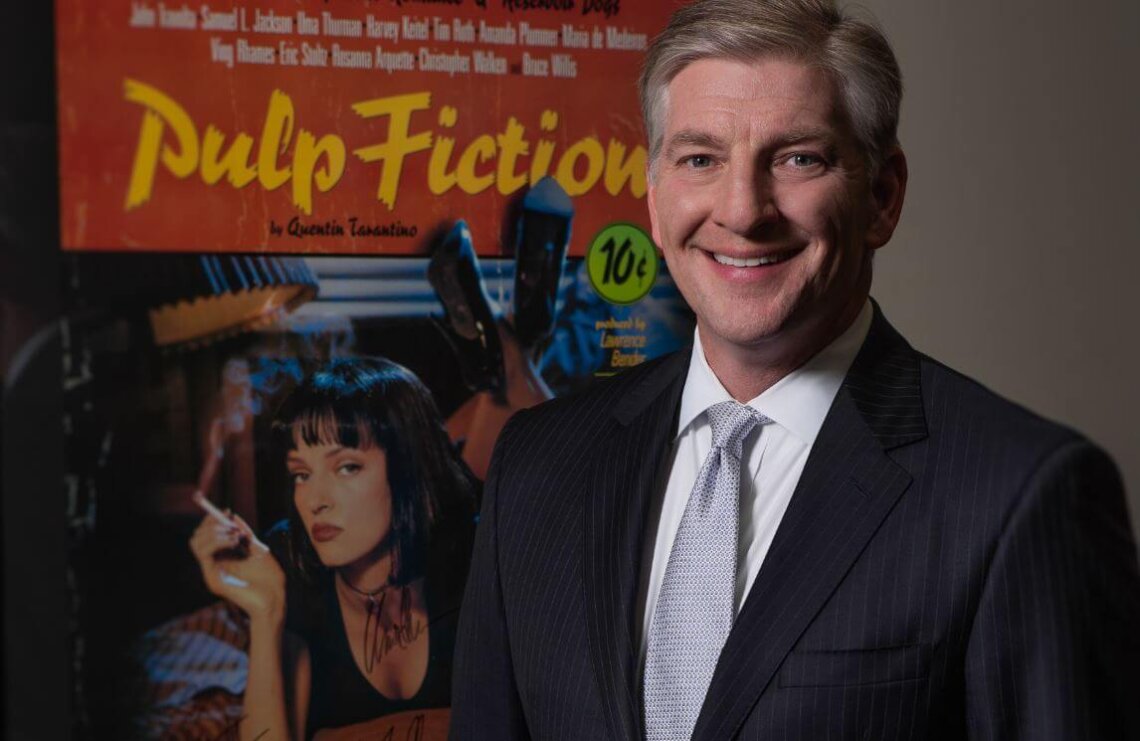 “Let me tell you a story about this particular team,” said Cary lawyer John McCabe, as he laced his fingers behind his head and rocked back in his chair. McCabe had coached the team in an Apex Parks and Recreation’s age 15-16 basketball league this past season.

“It was the championship game, and we were undefeated,” recounted McCabe. “But we trailed all game. And with a minute-twenty left, we were down by four. I was going nuts inside. I’m competitive and enthusiastic, but as coaches, we had to stay positive and keep everybody calm. That was a byproduct of the really good coaches I had as a kid.”

McCabe and his childhood best friend coached the team to a come from behind victory and the championship.

In sports, as in the law, McCabe draws on the experience and expertise of his mentors.

As a young lawyer, McCabe joined the NC Advocates for Justice. “I’m not smart enough to figure out things by myself. Almost every time I’ve gone on my own way, it has backfired on me. I got involved with NCAJ when I was a young lawyer because I wanted to learn to be a better lawyer. The giants of the profession, Doug Abrams, Wade Byrd, Liz Kuniholm and John Edwards were there, and I wanted to be like them. They were my heroes.”

The mistake I made early as a lawyer was that I thought I had to be exactly like my heroes. I tried to impersonate them. … So now I’m at the point in my practice where I am comfortable with who I am, and that’s allowed me to be more human in the courtroom.”

“The mistake I made early as a lawyer was that I thought I had to be exactly like my heroes. I tried to impersonate them. I would take their speech, their mannerisms and their style into the courtroom. And I came across as somebody not being himself. You have so much fear as a younger lawyer; you don’t want to make mistakes. But you don’t want to lose your genuineness and credibility. So now I’m at the point in my practice where I am comfortable with who I am, and that’s allowed me to be more human in the courtroom.”

Every square inch of wall space and shelving in McCabe’s inner office is crammed with music and sports memorabilia. A Willie Mays baseball. An album cover signed by Bono. A Mike Tyson autographed boxing glove. And prominently hung on the wall is a signed movie poster from Quentin Tarantino’s highly stylized, L.A. crime romp “Pulp Fiction.” It’s McCabe’s favorite film. “It’s unreal that someone could come up with that. It’s genius. How Tarantino told the story. Brilliant.”

It was storytelling that attracted John McCabe to the law beginning at age 8. “I love being a storyteller and figuring out how to tell the story. I wanted to pursue litigation and be in the courtroom. I love the competitiveness and the challenge.”

His first job after graduating from Campbell Law was as an insurance defense attorney.

John McCabe opened his own law firm in 1999. While his personal injury practice encompasses everything from wrongful deaths to dog bites, his niche is trucking accidents and nursing home mishaps.

“A truck driver doesn’t just fall asleep at the wheel. There is some reason behind it. Just as there’s a reason why a CNA does not turn a nursing home resident who is at risk for bed sores. The goal is to uncover why these things happen. It’s not laziness. There’s almost always an under-the-surface process that leads up to the event,” said McCabe.

The goal is to uncover why these things happen. It’s not laziness. There’s almost always an under-the-surface process that leads up to the event.”

“There are regulations that people are supposed to follow but don’t. So, we try to figure out where – and why – things went wrong. There frequently is corporate malfeasance, usually with disastrous consequences. And then you get corporate cover-up. It’s not the wreck itself, it’s what led up to the wreck.”

“At the end of the case, there is a good feeling that comes from making a difference in someone’s life. Some of my clients have become dear, dear, dear friends, and it’s exciting to see them get some relief and get some closure. I’m happy for them. But I’ve never been one to get a great outcome and pull out my cheerleader outfit and pom poms. It’s, ‘let’s move on; let’s try to help the next person.”

McCabe is an outspoken cheerleader for the NCAJ. He has delivered dozens of classes, seminars and CLEs for the organization and has been a prolific writer for its publications.

Of the scores of awards that he has won and that are displayed in his conference room, the NCAJ’s 2015 Ebbie Award means the most to him. “It was for dedication to the organization – going above and beyond. It was real important to me because of where I am in life. The law has given me an incredible life. I have a lot of gratitude for the people who were there for me, who guided me and helped mold me. Receiving the Ebbie Award was an acknowledgment that I was doing something right to show gratitude through my actions.”

John McCabe bounced into Caribou Coffee before one of our interviews, jubilant about something that had happened in the news. His exuberance is infectious. The air in the room becomes supercharged when he enters. McCabe hugs everyone. “I’m a hugger,” he admitted.

“People have become super, super important to me. There was a period of time in my life where I felt very alone. I don’t know if you’ve ever had the sensation of being alone in a room full of people. It was a feeling I got pretty used to. Somewhere along the way, things changed – I changed. I learned to become more genuine, more authentic, and frankly more vulnerable. Basically, more honest. In the process, I have developed some really true, close, meaningful friendships. And I no longer feel alone,” said McCabe.

McCabe and his wife, Rebecca, are intrepid travelers. They have been on six African safaris. “We once went to Spain for a U2 concert, and we had someone take us around. It was church after church after church but after three hours we got tired of it. We’d rather have some sense of adrenaline, some sense of adventure. I’d rather be in the bush of Africa or going down the Amazon or hiking the Inca Trail.”

Sitting amidst the dust and rubble from the remodeling at his new house, McCabe could barely stop grinning.

I’ve got a really full life with a whole lot of good, good friends. I have an insanely great marriage. I have a really good practice. I work with great people. I’m having fun. I’m seeing the world.”

“I’ve got a really full life with a whole lot of good, good friends. I have an insanely great marriage. I have a really good practice. I work with great people. I’m having fun. I’m seeing the world,” said McCabe. “What was it Ferris Bueller said? ‘Life moves pretty fast. If you don’t stop and look around once in a while, you could miss it.’” He paused for a beat. “That’s pretty good advice.”